Belgium’s warring regions may have reached agreement that would allow the EU-Canada trade deal to proceed, but the “embarrassment” that played out in Europe will go far beyond the pact.

What’s happening in Belgium speaks volumes about protectionism and comes amid a backdrop of weak global trade.

Where Canada is concerned, it’s a crucial issue for an economy struggling to shift to a stronger export base from its reliance on consumers and housing.

For the rest of the world, it’s yet another sign of protectionist fever. Just look to the United States, where Hillary Clinton is voicing concern over the Trans Pacific Partnership (TPP) and Donald Trump is positively ranting about China, Mexico and the North American free-trade agreement.

As The Globe and Mail’s Steven Chase and Paul Waldie report, the stalemate could not be broken in time for a planned signing summit, though Belgian policy makers have now struck a deal.

Belgium’s Prime Minister Charles Michel told reporters that the warring regions have now reached a common text, Reuters reports, though that will have to now go to the other EU governments for their backing, meaning this isn’t over yet.

The agreement will likely now be approved, she added, though delayed given that it will now go back to 27 European governments again.

“But it’ll be seen as an embarrassment given what they went through,” Ms. McKeown said.

Known as the Comprehensive Economic and Trade Agreement, the deal had been years in the making. It’s the most comprehensive such deal ever for the European Union, though analysts say it obviously means more to Canada than to Europe, where we ship 8 per cent of our exports.

This is not to suggest that the concerns of the Walloons weren’t valid, only that there will be ramifications.

“The Comprehensive Economic and Trade Agreement (CETA) appeared close to fruition until it was unexpectedly held up in a little corner of Belgium,” said Alvin Tan of Société Générale.

“The surrealist development had the Canadian trade minister reportedly on the verge of tears and hinted at the pitfalls ahead of the Brexit negotiations,” he added.

“More than that, CETA’s plight and the opposition to the TPP and TTIP highlight the growing backlash against globalization.”

Mr Tan was referring to a proposed trade agreement between the EU and the U.S., known as the Transatlantic Trade and Investment Partnership (TTIP). 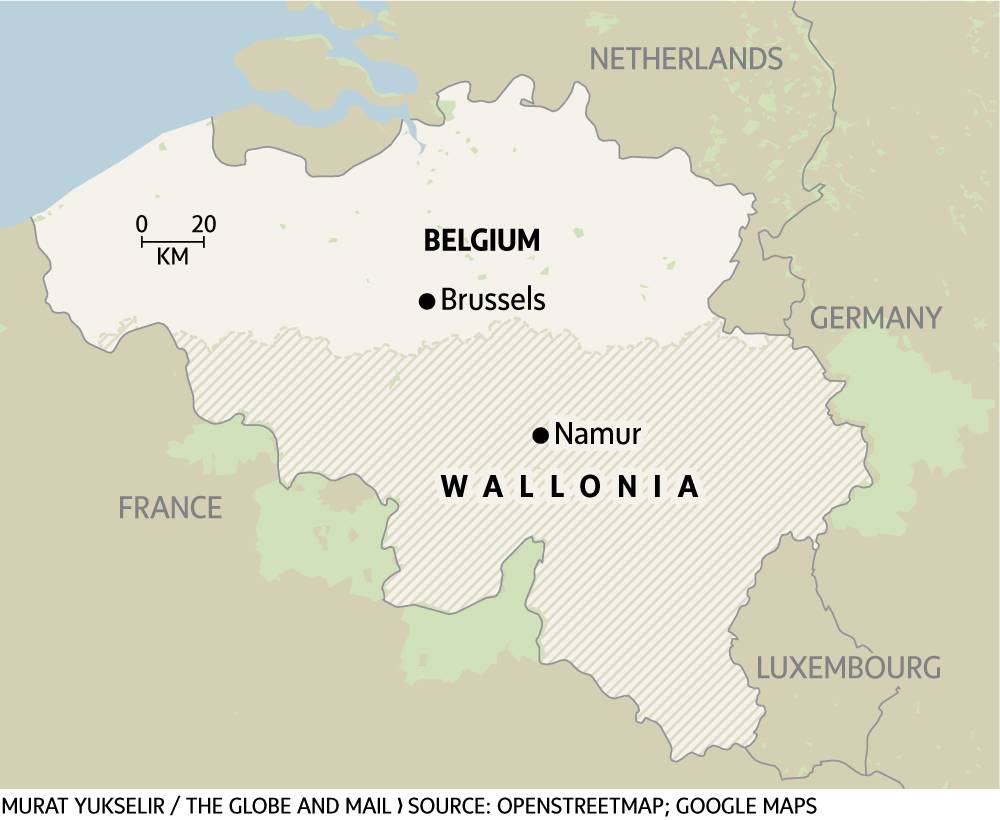 Wallonia and Brussels had held up the CETA deal, citing concerns over the Investor Court System, agriculture and the industrial base.

But policy makers from Belgium and the EU have now agreed to suspend the start of the court system until the deal has been ratified throughout the EU, Mr. Waldie reports.

Whether he’s proved correct or not, he, too, cites the ramifications of a trade backlash.

“The near failure is another illustration, coming alongside the imminent collapse of the Trans-Pacific Partnership (TPP) trade deal and the reopening of the softwood lumber dispute with the U.S., that globalization is now deeply unpopular with voters in most developed countries,” Mr. Ashworth said.

“As a small open economy, Canada stood to benefit more than most from a further integration of global trade.”

Having said that, Mr. Ashworth believes that the “current crop of trade deals on the table” won’t hurt economic growth whether they live or die.

And “what’s important is what this signals about future negotiations,” she added.

“Trade deals with fast-growing emerging economies, with which cultural differences are more pronounced, seem even less likely,” Ms. McKeown and her colleague, assistant economist Daniel Christen, said in a report before the latest agreement was struck.

“This will hinder economic growth and perhaps vindicate those who want to escape EU protectionism.”

The Belgium agreement hasn’t changed that, she said after the deal was reached.

National Bank of Canada is cutting 600 jobs and taking a fourth-quarter hit of about $175-million.

The smallest of Canada’s big banks said, however, it hopes to fill more than 500 jobs, notably in sales, service and IT.

Quarterly results have been pouring in since late Wednesday. Here are some of the latest:

So much for Brexit fears at this point.

Britain’s economy expanded by 0.5 per cent in the third quarter of the year, according to the first estimate by the Office for National Statistics.

That’s a slightly slower pace, but better than concerns indicated in the aftermath of the referendum to quit the EU.

“This is the 15th straight quarter of growth, despite the U.K.’s decision to leave the European Union,” said London Capital Group senior market analyst Ipek Ozkardeskaya.

“Dig a little deeper and it is clear that the U.K. remains disproportionately reliant up the services sector (plus-0.8 per cent), the only sector grow amid shrinking output in construction (minus-1.4 per cent), agriculture (minus-0.7 per cent) and production (minus-0.4 per cent),” said IG market analyst Joshua Mahony.

“Unfortunately, it is the services sector - accounting for almost 80 per cent of U.K. GDP - which is expected to suffer most from Brexit, putting future U.K. growth in a precarious position.”