Home prices in some Canadian cities are on a tear, driving the national average up to a pace that eclipses the 11-year average for August.

Prices rose 1 per cent last month from July and 5.4 per cent from a year earlier, according to the Teranet-National Bank home price index released today.

Even prices in Calgary chalked up a strong monthly gain of 3.9 per cent, though prices in Edmonton dipped 0.5 per cent.

Toronto prices climbed 1.6 per cent on the month, and 8.7 per cent for the year.

Vancouver’s annual showing was also strong, at 9.7 per cent, with a month-over-month rise of 0.6 per cent.

“The dichotomy on the Canadian residential market is more obvious than ever,” said National Bank’s Marc Pinsonneault.

“On one side, 12-month price increases over 8 per cent in Vancouver, Toronto and Hamilton have pushed the Teranet-National Bank national composite index to a near record in August for a sixth consecutive month,” he added.

“On the other side, prices in the eight remaining regions have grown over all a mere 0.2 per cent.”

It’s worth noting, too, that the national 1-per-cent gain tops the 11-year August average of 0.9 per cent.

There’s not only a regional mix in Canada, but also a mix of housing types.

Condo prices in Toronto and Vancouver, Mr. Pinsonneault said, rose “moderately” by about 5.5 per cent, while other homes surged more than 10 per cent.

“Were it not for non-condo dwellings in these two regions, house prices at the national level would have risen much less than the 12-month rate of 5.4 per cent reached in August,” he added.

The ratio of sales to new listing suggests annual price gains, driven by Vancouver and Toronto, will climb ever higher to 6 per cent before the end of the year, said David Madani, the Canada economist at Capital Economics.

Today’s report comes one day ahead of the Canadian Real Estate Association’s monthly look at sales and prices.

The CREA report is expected to show a 4-per-cent jump in August home sales and a 7-per-cent annual gain in average prices, according to BMO Nesbitt Burns.

The accompanying MLS home price index, which is deemed a better measure, is expected to inch up to show a price gain of 6 per cent from a year earlier, which would be the highest level in five years.

The Montreal-based company said today that industry veteran Neil Bruce, the current chief operating officer – who has been with SNC since 2013 – will replace Mr. Card on Oct. 5.

Mr. Card took over as president and chief executive officer less than three years ago as part of a major overhaul of SNC’s operations and corporate governance in the wake of a series of scandals involving criminal allegations of fraud, corruption and unethical behaviour by top officials.

Canada's Conservative government posted a surplus for the first time since diving into deficit in response to the 2008 economic crisis, ending a string of six consecutive deficits and providing the governing party with some good news ahead of Thursday’s debate on the economy.

That marks an improvement over the $5.2-billion deficit Ottawa had recorded during the previous fiscal year.

Rating agency DBRS noted last week that Canadian borrowers were only “reckless” when compared to Americans, but that far from tells the story.

What it means, presumably, is that consumers in Denmark, Norway, Australia and a couple of other countries are more reckless than we are.

To be sure, DBRS also warned that household debt in Canada is at dangerous heights. And others have weighed in since, particularly after Statistics Canada warned on Friday that the debt burden among Canadian households has climbed to a record.

“Cheap credit is keeping interest payments low, but including outstanding principal the total cost of debt repayment is higher than its historical average,” said Mark Hopkins, a senior economist at Moody’s Analytics, a sister company to the rating agency.

“This will significantly increase default risk as interest rates begin to climb over the coming year,” Mr. Hopkins said in a report. 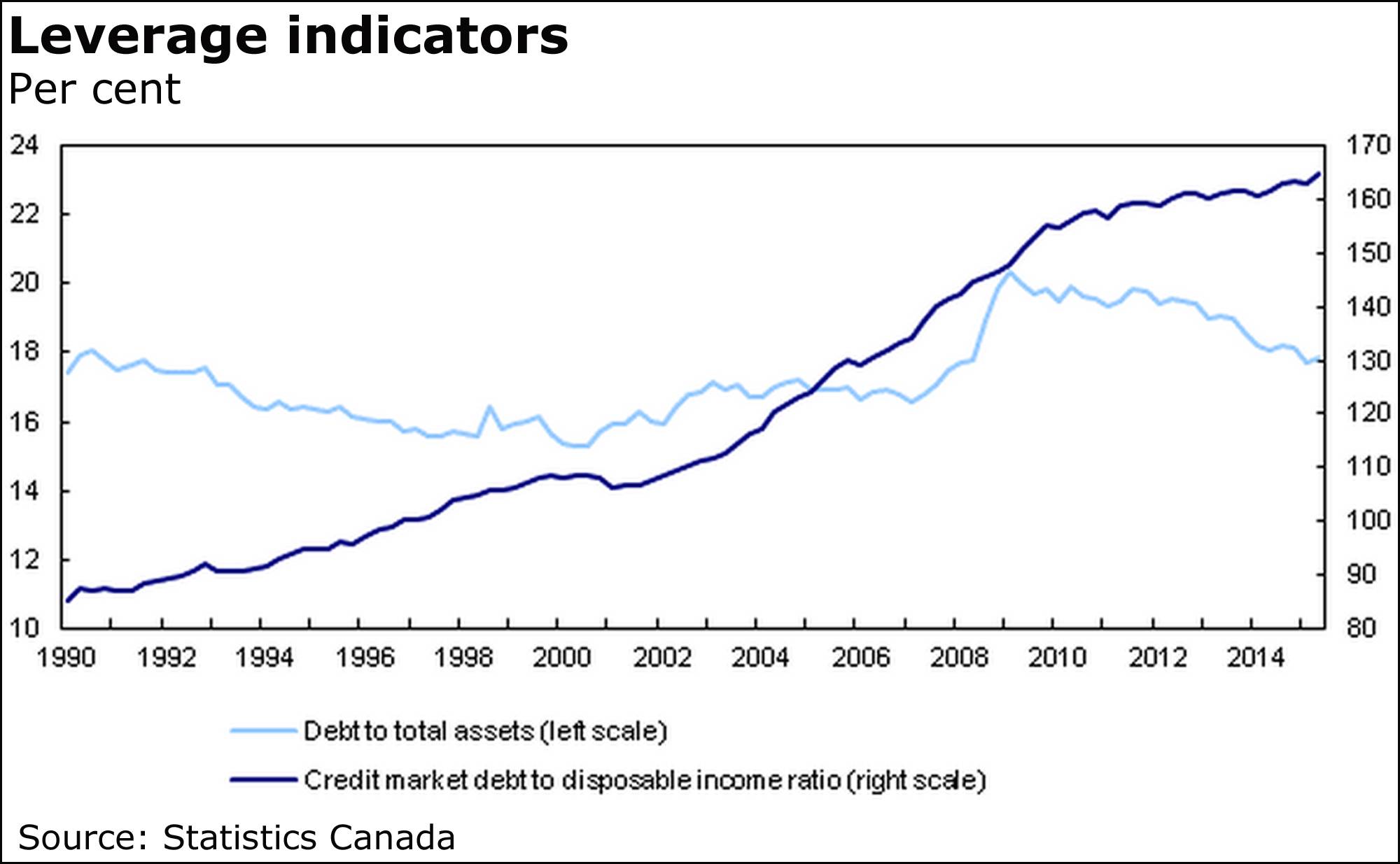 Here are some key numbers that highlight what Mr. Hopkins called an “already precariously high degree of leverage” for Canadian families:

A key measure of the burden - credit market debt to disposable income - climbed in the second quarter of the year to 164.6 per cent from 163 per cent in the first three months. Looked at another way, Canadians owe $1.65 for every dollar of disposable income, which is rising much slower than debt.

Canadians now owe almost $1.9-trillion, up 1.8 per cent. Mortgages account for $1.2-trillion, while other consumer credit makes up the rest.

The household debt service ratio, which compares principal and interest payments to disposable income, also rose in the second quarter, to 14.1 per cent. That, said Statistics Canada, is above the 1990-2015 average of 12.4 per cent.

When you look at interest-only debt servicing, the ratio remained at 6.3 per cent, historically low. Thank God for small mercies.

At the same time, of course, we’re getting richer, but net worth among Canadian families rose only 0.9 per cent in the second quarter, the slowest rate in a year.

It looks better when you compared debt to assets, but it could still spell trouble at some point.

“This does not mean that a negative income shock would not still hurt consumer spending on other goods,” said Toronto-Dominion Bank economist Leslie Preston.

“Households’ debt service ratio is now at 14 per cent, a near record high, meaning Canadians have less money to spend on other goods and services even as interest rates are close to record lows,” she added.

There’s one school of thought that suggests the Federal Reserve will initiate “liftoff” this week, with its first rate hike since the financial crisis.

Another says the U.S. central bank will hold its fire, keeping its Fed funds rate at effectively zero, amid the recent market volatility and concerns over China. 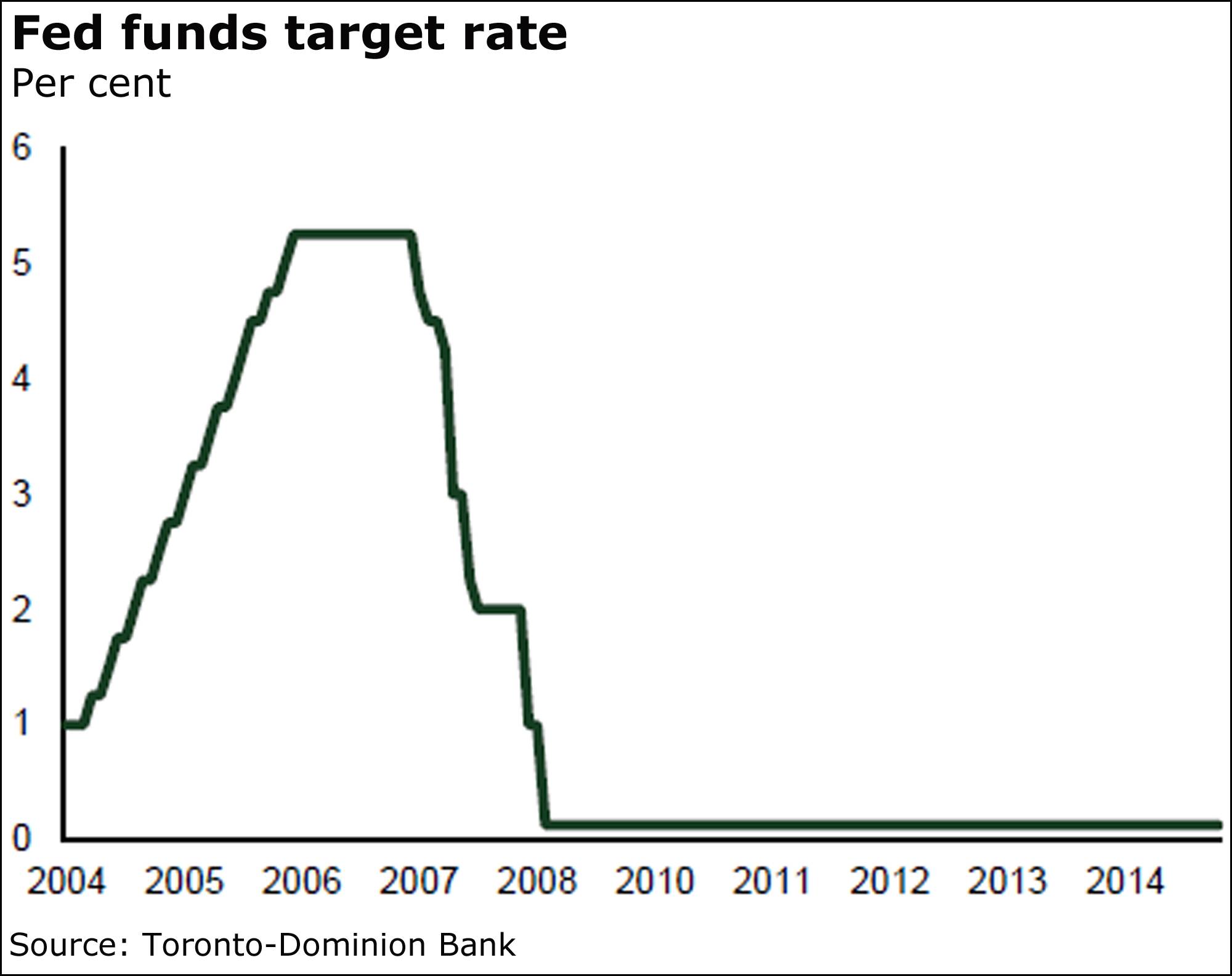 Regardless, Thursday’s decision, as The Globe and Mail’s David Parkinson writes, is the most hotly anticipated in years.

But rather than trying to guess what the Fed will do, let’s look at what the impact of a hike might be.

“Clearly, with investors only partly pricing in a move (Fed funds futures suggest less than 30-per-cent odds), debt markets would weaken if the Fed actually pulled the tightening trigger, with short-term yields increasing by up to 25 basis points,” Bank of Montreal senior economist Sal Guatieri said in a look-ahead to the decision.

“How much the long end rises will depend on the wording of the policy statement.”

Stocks would likely “weaken modestly,” Mr. Guatieri said, citing three possible cushions, the first being that investors could “finally exhale” and stop worrying about the timing of a rate hike.

“Second, to the extent that a rate increase reflects the Fed’s confidence in the economic outlook, it could well act as a useful reminder to investors that the nation is on a sustainable growth track ... which will have a far larger impact on corporate earnings than a slight tap on the monetary brakes,” Mr. Guatieri said.

“Third, and most importantly, what matters more for equity markets is not the first rate increase but the last one. In fact, equities tend to perform reasonably well early in a tightening cycle.”

On Wednesday, Statistics Canada will report on the state of the manufacturing sector, which is expected to eke out another month of sales gains. 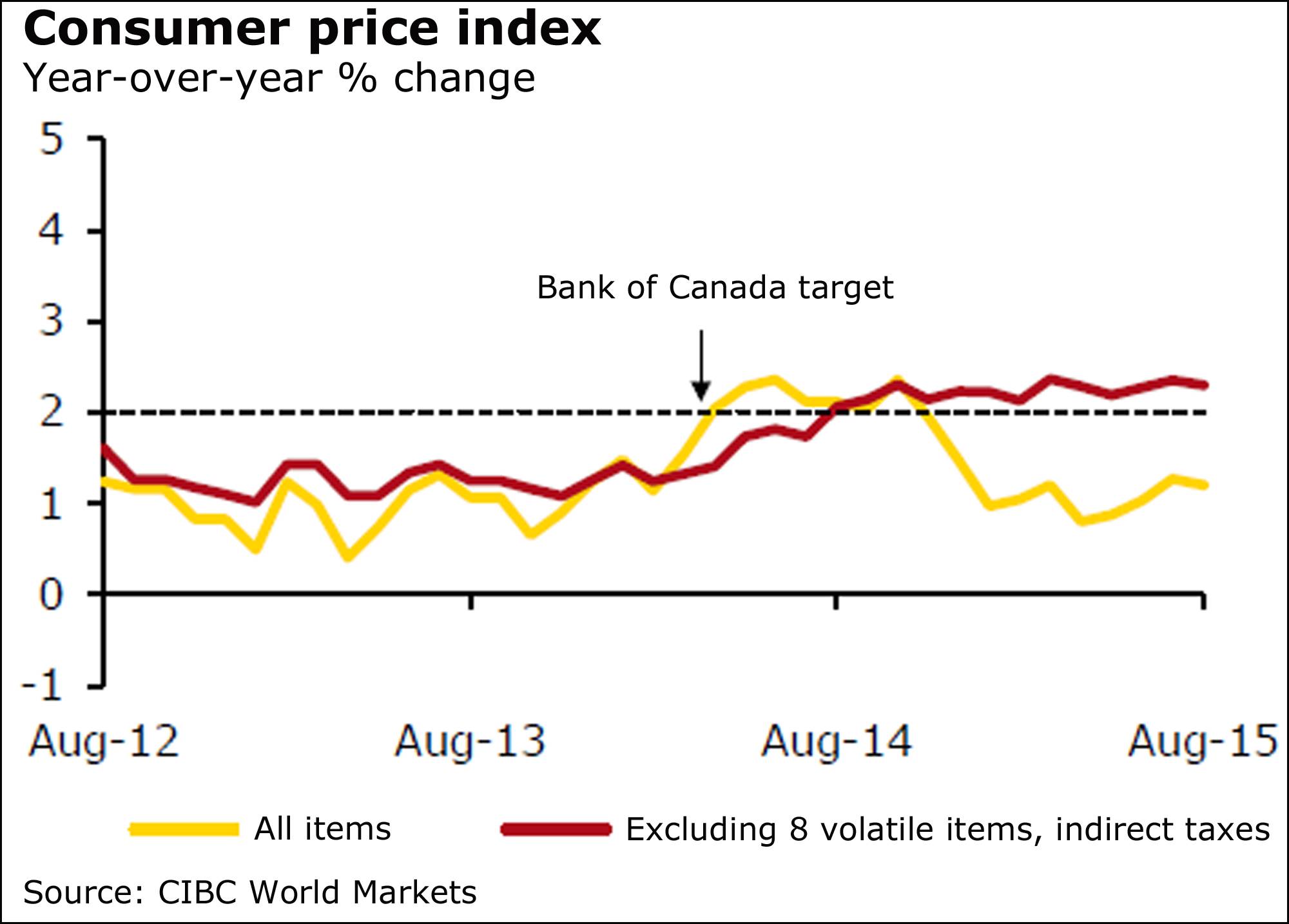 Then on Friday, Statistics Canada caps the week with its monthly look at inflation, forecast to come in at about 1.2 per cent or 1.3 per cent for August on an annual basis.

“Further pressure on crude prices and the likelihood of a more muted upward path from here has dampened the Canadian inflation outlook,” said Nick Exarhos of CIBC World Markets.

The U.S. government also reports this week on inflation and retail sales, while corporate earnings reports will be few and far between.