These are stories Report on Business is following Wednesday, May 28, 2014.

Gentlemen, start your engines
Google Inc. has unveiled a car that just might take the fun out of driving for some people.

That's because you wouldn't drive it.

It's a driverless, electric vehicle that would pick you up after you beckoned for it via your phone, and take you to where you're going.

The Internet giant has been working on a self-driving car for years, and late yesterday took the wraps off.

Google is producing 100 of the prototype vehicles, and we'll see where things go from there.

It's a cute little thing, in the way ugly babies are cute. No muscle car, this. (And once you see a picture of it, it's fun to imagine how Steve McQueen might have looked in one of these things racing through San Francisco in Bullitt.)

"Ever since we started the Google self-driving car project, we've been working toward the goal of vehicles that could shoulder the entire burden of driving," said Chris Urmson, who's heading up the effort.

"You can take a trip downtown at lunchtime without a 20-minute buffer to find parking. Seniors can keep their freedom even if they can't keep their car keys. And drunk and distracted driving? History."

There's nothing in this thing in terms of regular gear. No steering wheel, no gas or brake pedals.

"Our software and sensors do all the work," said Mr. Urmson.

"The vehicles will be very basic – we want to learn from them and adapt them as quickly as possible – but they will take you where you want to go at the push of a button," he added on the company's blog.

"And that's an important step toward improving road safety and transforming mobility for millions of people."

Think, for example, of calling a driverless taxi. Or think Future Shock on a grand scale, with a self-driving bus.

While it might take the fun out of driving, just think of the possibilities, particularly if at the same time you're wearing Google Glass and a smartwatch: You could catch up on the news, do your makeup (without the jerk behind you honking at you), text (without being pulled over by the police), or nap on the way to work.

According to Google, the vehicles are equipped with sensors that do away with blind spots and can sense objects within a space of two football fields in every direction.

For now, they won't go faster than 25 miles an hour. So no fast-speed car chases here.

"On the inside, we've designed for learning, not luxury, so we're light on creature comforts, but we'll have two seats (with seatbelts), a space for passengers' belongings, buttons to start and stop, and a screen that shows the route – and that's about it," said Mr. Urmson.

(I want to know if there's a cup holder.)

Safety drivers will begin testing the vehicles, with manual controls, in the summer, in a program Google hopes will lead to a pilot project in California over the next two years.

"We took a look from the ground up as to what it would be like if we had self-driving cars in the world," co-founder Sergey Brin reportedly told a conference yesterday.

"We've worked with partners in the Detroit area, Germany and California."

According to The New York Times, a former General Motors Co. research and development executive, Lawrence Burns, who's now a consultant at Google, headed up a study on Manhattan cabs.

What that study found was that some 13,000 cabs averaged almost 500,000 trips daily with speeds in the range of 10 miles an hour, according to the news organization.

The bottom line, according to the Times, was that with a wait time just shy of a minute, and on the basis of a 15-per-cent profit, a fleet of robotic taxis would cost just 50 cents a mile, compared to about $4 now.

The "Million Jobs Plan" appeared to make no sense when it was first unveiled by the Ontario Tories.

That's because it didn't.

To recap: Through tax cuts, lower energy costs and other measures, leader Tim Hudak's Progressive Conservatives promised to create 1,030,688 jobs over eight years if elected in the June 12 vote in Canada's most populous province. Of those new positions, according to Tory calculations, 523,200 would have been created regardless, the rest through the proposed reforms, and even in the face of slashing the ranks of the public sector by 100,000.

The party backed this up with outside reports from the Conference Board of Canada and a right-leaning American economist.

Now, we think we know why the million-job pledge made no sense: Some economists say the Progressive Conservatives have erred in their interpretation of a commissioned report, though Mr. Hudak said today he stands by the calculations.

(Full disclosure: I was first told of this by Jim Stanford, a noted labour economist at my own union, Unifor. But others have cited errors, as well.)

Mr. Stanford has noted several problem spots, but one of the biggies, just as an example, appears to be how the Tories interpreted a March 2013 report commissioned from the Conference Board of Canada.

In its analysis, the independent Conference Board looked at the model benefits of personal and corporate income tax cuts over the course of a decade.

Here's where things get tricky:

The tables in the report specify the 10-year impact on "employment," and the description goes no further.

But in each case, above the tables in question is text that makes clear the impact is not on simple job numbers but on "person-years of employment."

Thus, the cumulative total for the personal tax measure is 21,735 over 10 years, and the corresponding figure on the corporate tax side is far higher at 42,788.

Again, those are not jobs, but rather person-years of employment. Here's how the Conference Board describes it in terms of straight job creation: "The number of jobs supported by the tax reduction increase, from about 2,100 to nearly 5,900 over the 10 years of the shock."

Yet in their background material for the "Million Jobs Plan," the Tories cite job gains from the cut in corporate tax, to 8 per cent from 11.5 per cent, at 119,808 over their eight-year horizon. This is based on an annual average of 14,976 jobs created.

How did they get that figure, you wonder?

Their notes say specifically that they arrived at an "estimate based on multipliers" from the commissioned reports of the Conference Board and the U.S. economist, Benjamin Zycher.

Mr. Stanford suggests the Tories didn't quite get it, misreading person-years of employment for straight job creation.

As he sees it, they divided by 10 the decade-long cumulative gain of 42,788 in person years, and arrived at the average yearly gain, which, of course would be 4,278.8.

As The Globe and Mail's Adrian Morrow reports today, several economists have cited this, including three former officials of the federal Finance Department.

As Mr. Morrow also reports, a source inside the party has confirmed that the Tories subbed jobs for person years of employment.

(Mr. Zycher told Mr. Morrow that, as far as his numbers went, the Tories interpreted them correctly. Where the tax cut alone is concerned, the economist projects a total of 112,000 over eight years.)

Mr. Hudak today dismissed the assertions of the economists.

"We strongly disagree with that interpretation," he said. "I stand behind our numbers."

For my part, I used a calculator. I have no idea what the Tories used. But I hope they use my method for their fiscal calculations.

The pharmaceutical giant today boosted the cash portion of its hostile bid by $10 (U.S.) a share, and held the stock piece of the offer at 0.83 of a Valeant share, The Globe and Mail's Bertrand Marotte reports.

The cash part of the bid now stands at $58.30, taking the overall offer to somewhere just shy of $50-billion for the Botox maker.

Valeant also announced that it's selling the rights to five anti-aging products to Nestle S.A. for $1.4-billion.

Scotiabank trims rate
Bank of Nova Scotia is the latest Canadian bank to push the envelope on mortgage rates, offering a five-year fixed rate of 2.97 per cent, The Globe and Mail's Tara Perkins writes.

When Bank of Montreal and Manulife Bank dropped their five-year fixed rates below 3 per cent in the spring of 2013, they raised the ire of the late Jim Flaherty, then finance minister, who was trying to curb growing consumer debt levels.

About those numbers ...
Streetwise (for subscribers) 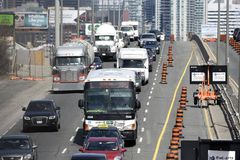 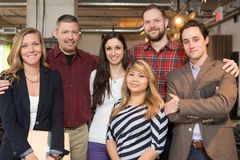