These are stories Report on Business is following Thursday, April 23, 2015. 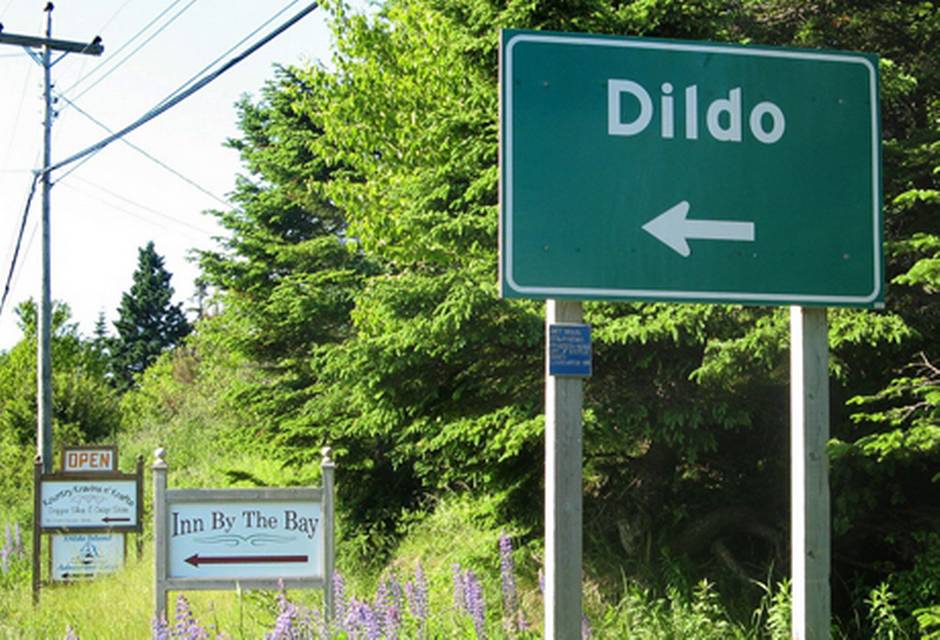 The Canadian government is getting back into the tourist marketing game.

As The Globe and Mail’s Richard Blackwell reports today, Tuesday’s federal budget included a note that said the government will give some “additional support” to the Canadian Tourism Commission to help bring American travellers north.

So here are some suggestions for Ottawa, marketing campaigns we’d love to see, as it takes advantage of a depressed currency and a stronger U.S. economy.

Ottawa might consider starting off with this sign that points travellers to the town in Newfoundland and Labrador. Just as an attention-getter. 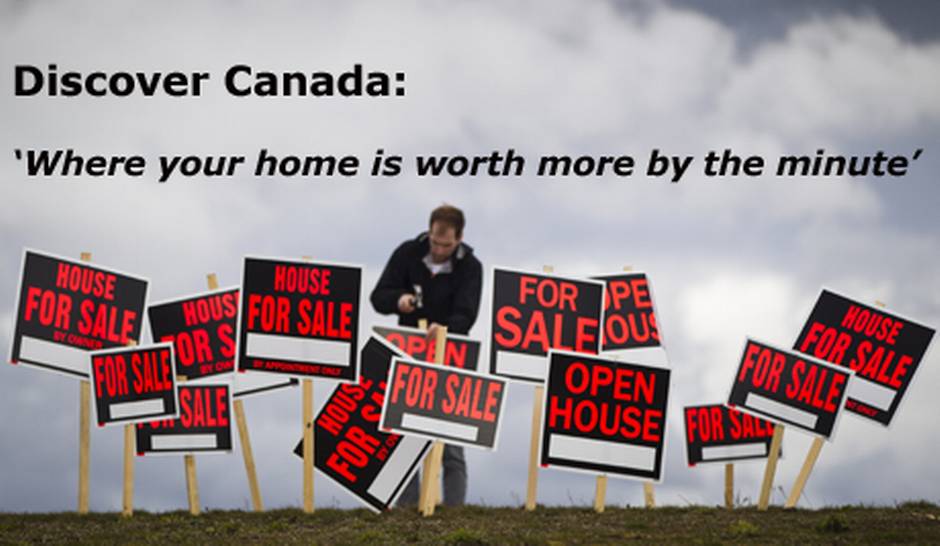 Or how about pitching to Americans how wealthy they can become in, oh, just one day, by owning Canadian property. 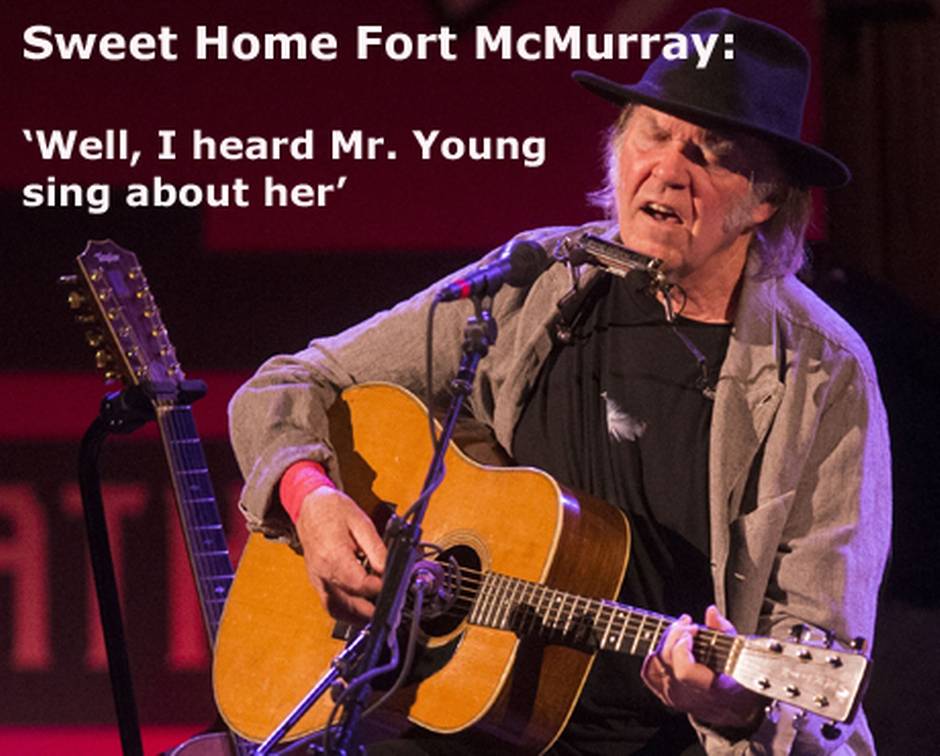 Lynryd Skynyrd had some issues with Canadian-born rocker Neil Young in 1974’s Sweet Home Alabama. So, too, must the folks in Fort Mac, who could use a tourism boost just about now. 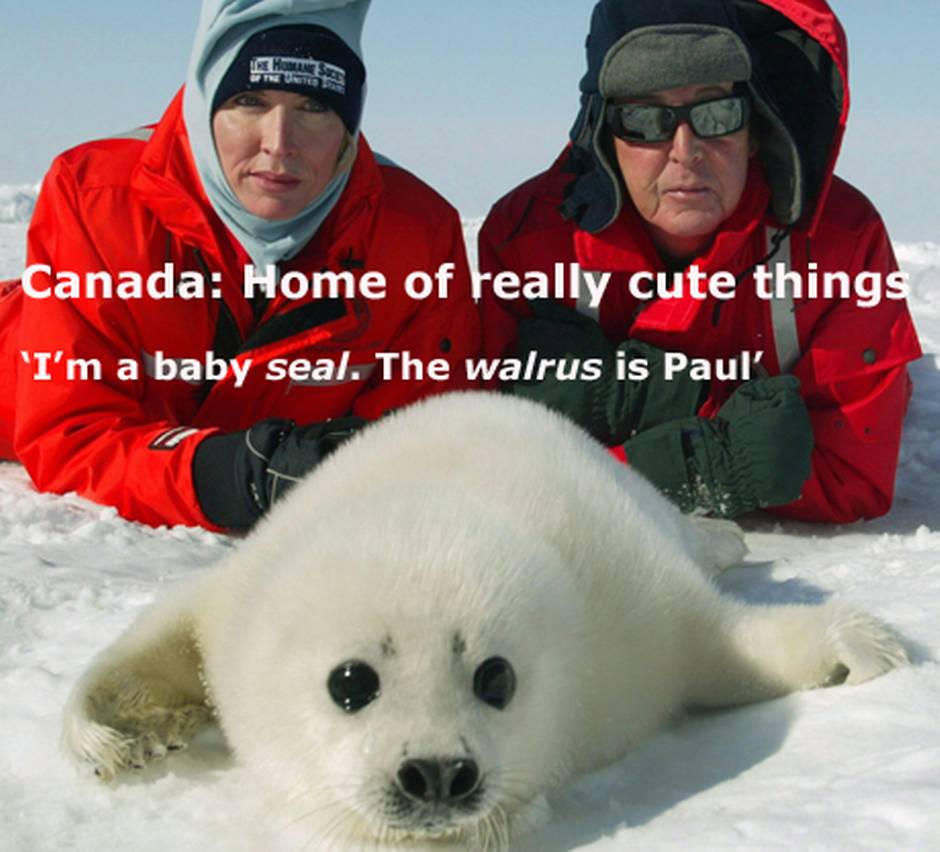 Not only is he not dead, as one line in Glass Onion supposedly warned during the ‘Paul’s dead’ scare of the late 1960s, but Paul McCartney likes Canada. So let’s get some American Beatles fans up here. 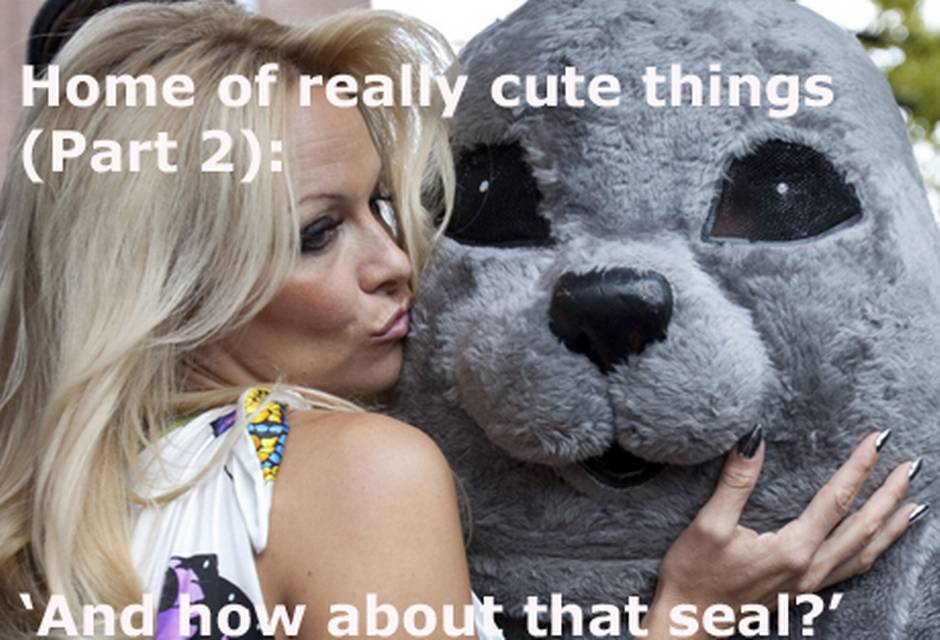 And you just know that tourists will want a glimpse of Pamela Anderson’s hometown of Ladysmith, B.C. 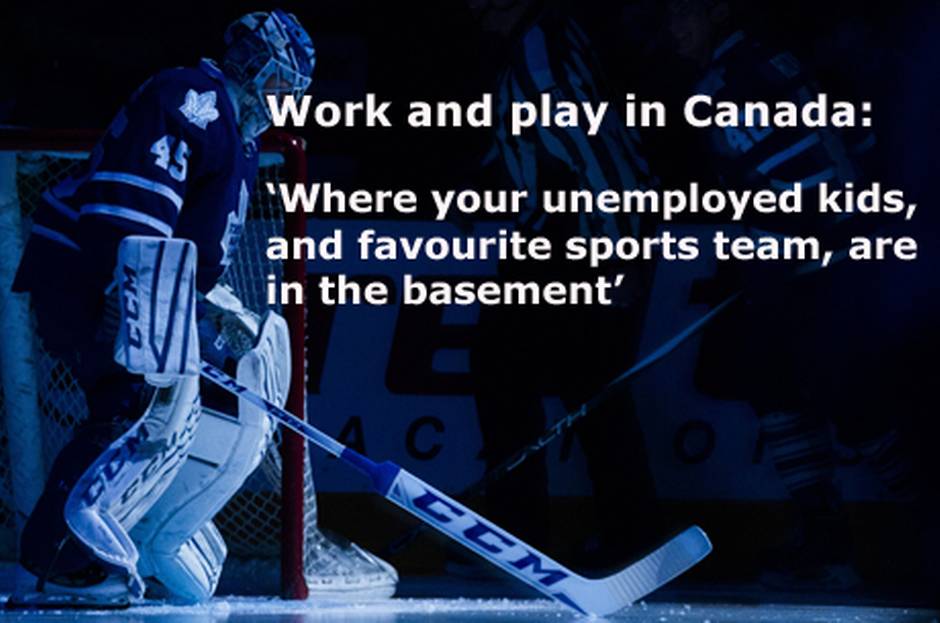 Okay, so they’re not the Anaheim Ducks. 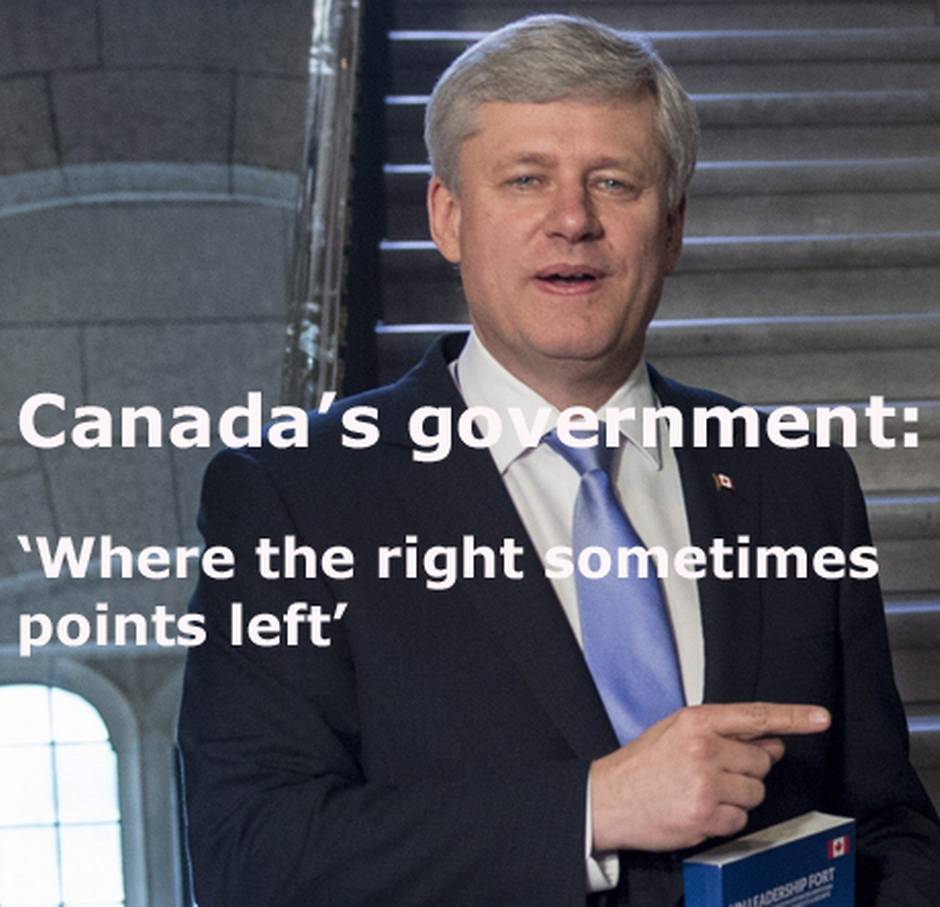 Sometimes, it can be hard to tell Canada’s Conservatives from the Liberals. 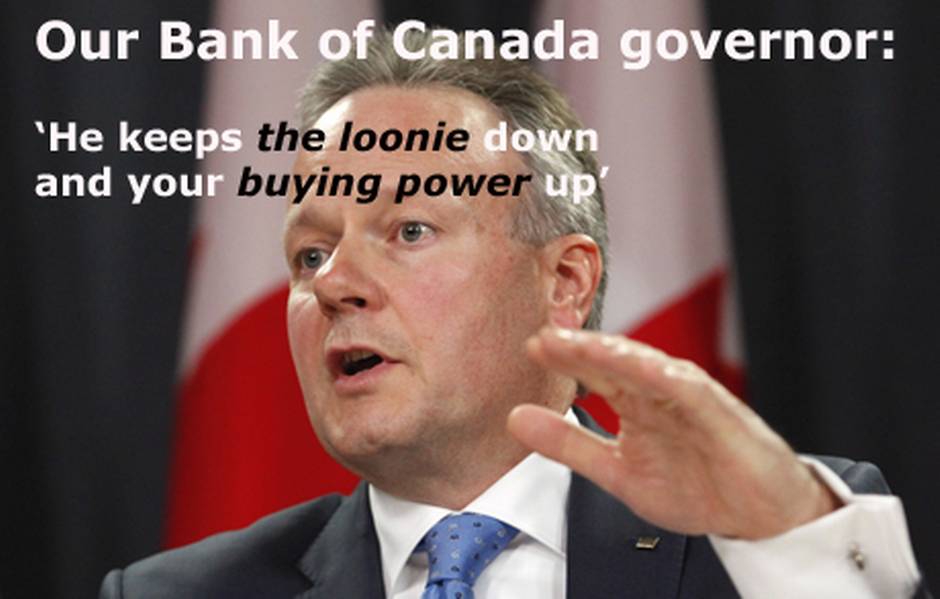 The Bank of Canada says it doesn’t tinker with the exchange rate. But sometimes, when Stephen Poloz speaks, American tourists get more than they bargained for. 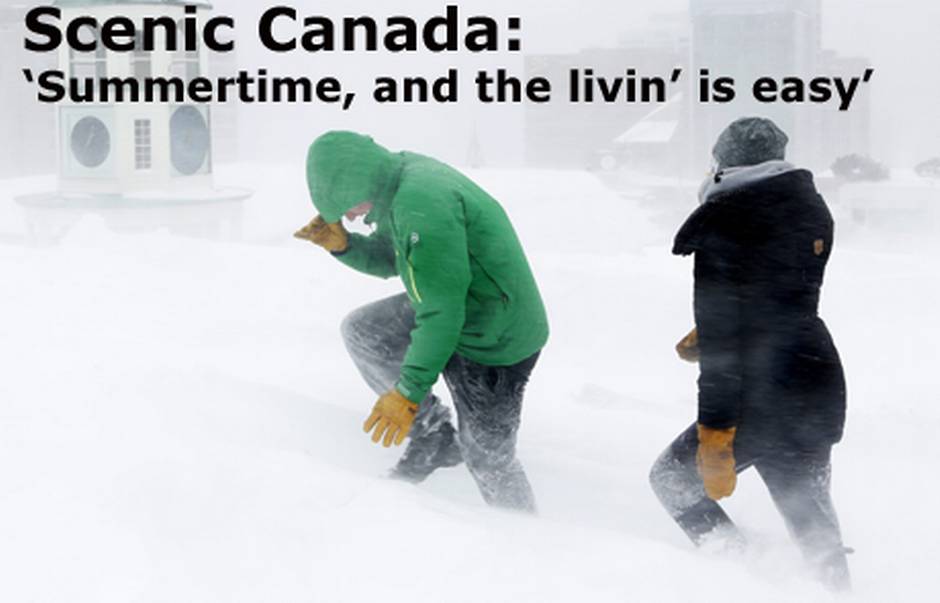 Indeed, Statistics Canada said today, these numbers for benefits under Canada’s Employment Insurance program are running up at the ugliest pace since the recession.

And it’s going to get worse, observers warn.

The number of people receiving regular benefits surged by 15.6 per cent in February from a month earlier, reaching 36,000 and marking the worst showing in the country, the federal statistics agency said.

February’s data marked the fourth month in a row of increases, and the biggest since May 2009.

That overall number includes the fast-pace increases of 12.3 per cent in Edmonton and 11.8 per cent in Calgary, the heart of the country’s oil industry.

Nationally, the number of people getting EI benefits climbed by 2 per cent. It’s worth noting that Statistics Canada says changes can reflect a number of scenarios, including jobless workers joining the program, others returning to work, and some who have exhausted their benefits.

The rise in the number of claims in Alberta was shocking, up 29.4 per cent in February. Those are people who could receive benefits.

Worse, it was the second consecutive month of a rise of more than 20 per cent, and the biggest since February 2009.

Canadian energy companies have been laying off workers and slashing their budgets, while governments, too, cut back.

And Alberta’s jobless rate has spiked.

Senior economist Robert Kavcic expects the jobs market will continue to weaken, likely at least for a couple of more months.

“The layoff announcements are still coming, and we’re not expecting a meaningful rebound in oil prices until early next year,” he said.

Commodity-sensitive Saskatchewan also saw an increase, its 4.9-per-cent rise in beneficiaries, to, 11,600, second to Alberta’s. Claims rose by 3.9 per cent, though that trailed several other provinces.

The global banking giant has settled with regulators in the United States and Britain to pay $2.5-billion (U.S.) and settle allegations of manipulation a key interest rate known as the London interbank offered rate, or Libor.

It will also plead guilty to charges in the United States.

Deutsche Bank said today it expects to report litigation costs of some €1.5-billion, or about $1.6-billion, in its first quarter.

“Despite these costs Deutsche Bank will be profitable in the first quarter and will report near record revenues,” it said.

That statement was more upbeat than the one from the U.S. Commodity Futures Trading Commission, one of the regulators involved, which hit Deutsche Bank for $800-million, the fattest in its history.

“As reflected in the CFTC’s findings and the $800-million penalty imposed, Deutsche Bank’s culture allowed such egregious and pervasive misconduct to thrive,” the regulator said.

“We will be relentless in continuing to investigate and bring benchmark manipulation cases until such time as those involved in setting these benchmarks get the message that manipulation will not be tolerated, and the public can be confident in the integrity of these benchmarks.”

More earnings flood in
It's another big day for corporate earnings, with tech heavyweights Google Inc. and Microsoft Corp. reporting after markets close.