I lost track of how many times the phrase “Canada is in recession” was tossed around during last week's leaders debate.

‎The Conservatives have locked themselves in to describing the first six months as a recession by enshrining the technical definition - two straight quarters of a shrinking economy - in their recent balanced budget act.

And the Liberals and New Democrats are only too happy to back them up on that one in campaigning for the Oct. 19 election.

This isn't to say times aren't tough. The economy is weak and unemployment is elevated.‎

But let's be on guard against self-fulfilling prophecies lest Canadian families and businesses outside of Alberta start to believe it.‎

What Canada has just been through may indeed meet the technical test, but the evidence of a recession-as-we-know-it isn't there yet.

And probably won't be.

“There is no debate here: Canadian employment is mixed, but not in recession terrain,” said chief economist Douglas Porter of BMO Nesbitt Burns.

“While many have been quick to label this year’s economic performance a recession, the job numbers just haven’t backed that up,” he added in a research note examining last Friday's employment report from Statistics Canada.

There are several things to keep in mind, just to keep the record straight here.

Alberta and Newfoundland and Labrador are believed to be in a recession sparked by the oil shock, and Saskatchewan will be lucky to escape one.

Based on what we now know, the final Canada-wide numbers will probably meet the technical test, with an annualized economic contraction of 0.6 per cent in the first three months of the year, and a further loss in the second quarter of somewhere between 0.5 and 1 per cent.

But does it qualify as a recession, outside of a technical definition that is disregarded by many these days?

‎Here’s what a real recession looks like: A broad-based, peak-to-trough economic contraction of 3.4 per cent, as in the early 1990s, or a spike in unemployment to 13 per cent, like a decade before that. 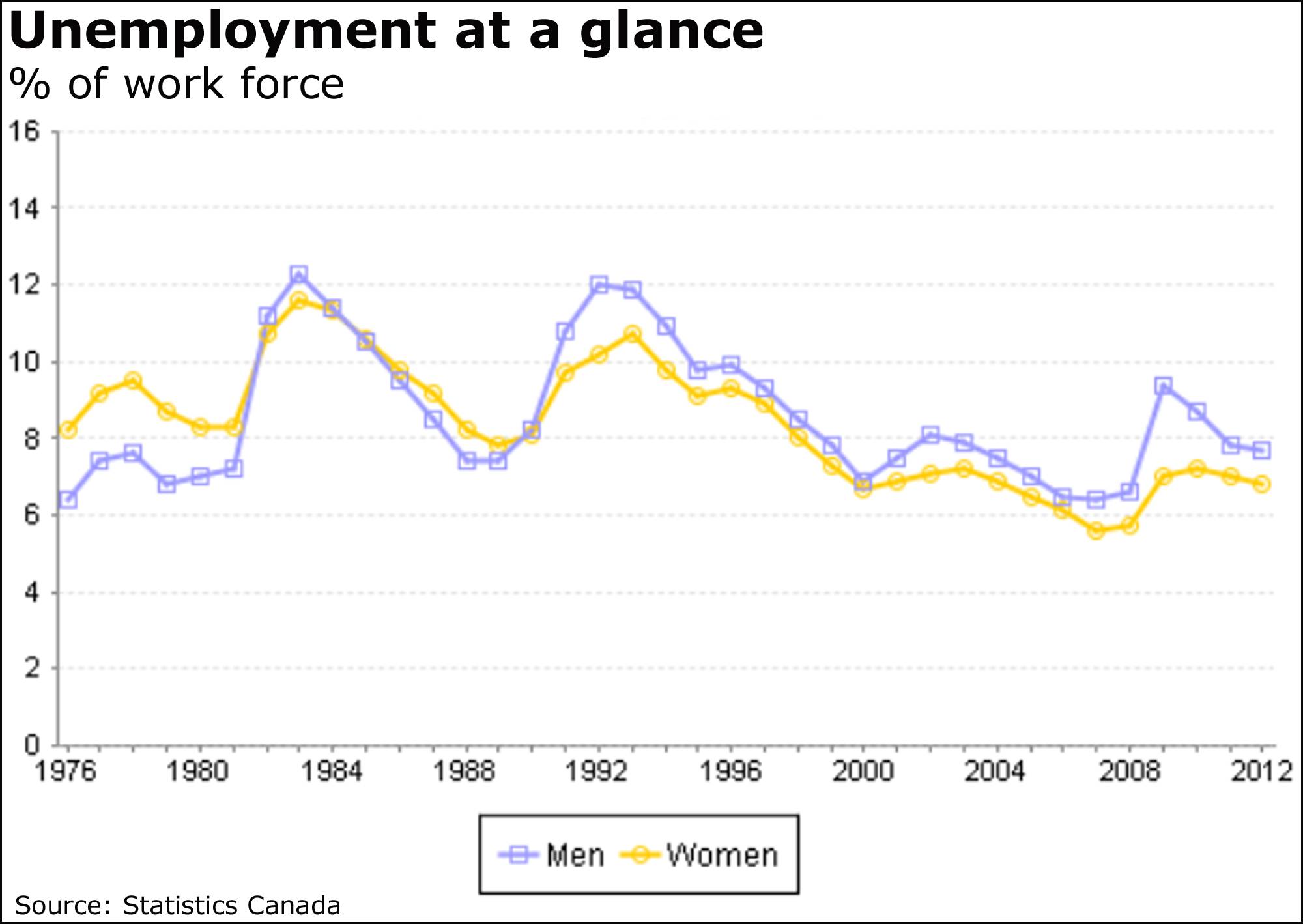 Obviously the current jobless rate of 6.8 per cent is high, and someone, be it the Conservatives, Liberals or NDP, must act to bring it down.

Indeed, unemployment has been hovering at around that uncomfortable mark for some time, and is forecast to remain at about that level for some time yet.

But even in the last recession, which wasn’t as devastating as the two before it, the jobless level peaked at 8.3 per cent, and we’re nowhere near that.

And even if the past six months do qualify as a technical recession, it's very likely over. Meaning that at worst, Canada just emerged from a mild slump, rather than still being in one 41 days into a second half that most observers believe will show a rebound. 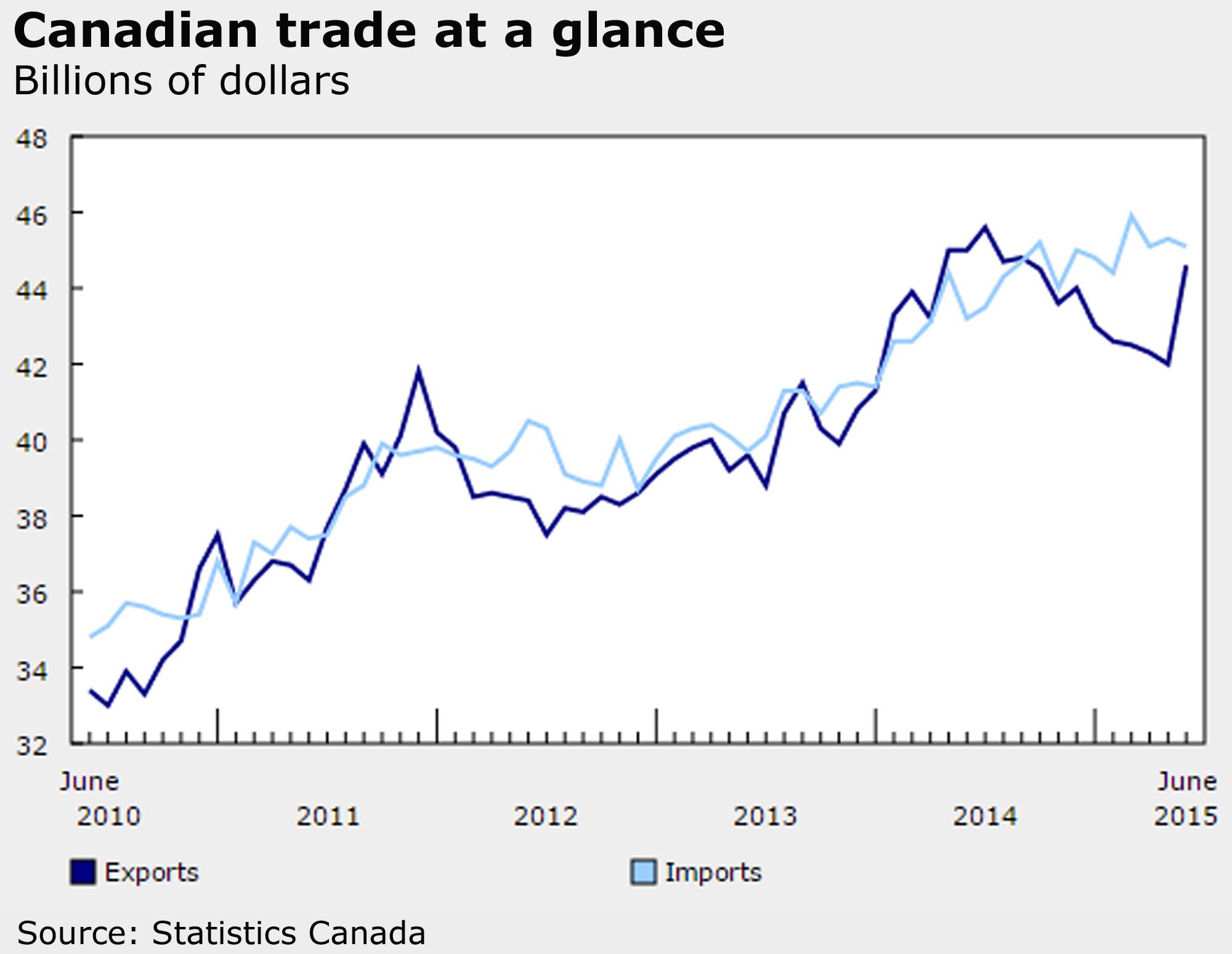 “On balance, economic events [last week] have been consistent with a Canadian economy that is returning to modest growth following a shallow contraction in the first half of the year,” said Toronto-Dominion Bank economist Brian DePratto.

Obviously, that could change. But it's not there yet.

I’m not saying that our politicians aren’t correct on some of their points, or that whoever forms the next government shouldn’t take a hard look at what can be done to give a faltering economy more juice.

What I am saying is that we should not let a recession mentality set in before its time.

“Here's what I think of Barrick cutting my dividend, Mr. Bond.”

The chief executive of one of Canada’s biggest telecom companies is quitting because, the carrier says, he didn’t want to move to Western Canada.

Joe Natale stepped down as chief of Telus Corp. after an “extensive review” by the board, the company said in a statement today. 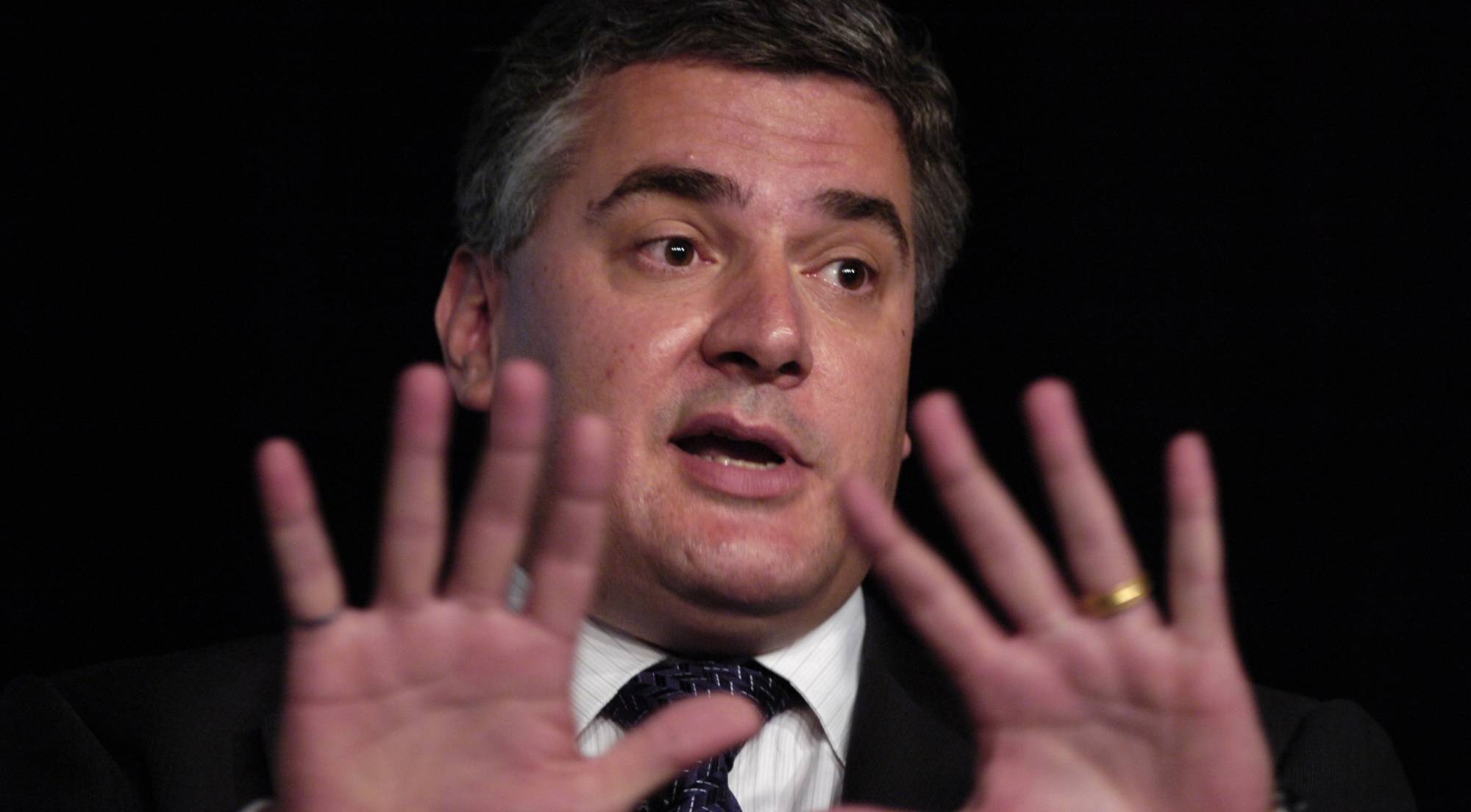 The company didn’t elaborate on the review, or why one was needed just because Mr. Natale didn’t want to move.

Darren Entwistle is returning as CEO after agreeing to the job on a “long -term basis,” it added.

“Mr. Natale recently indicated that a move to Western Canada would not work for him and his family for several years and the board determined that the company would be best served by having its chief executive officer reside in the West,” said Telus, one of Canada’s Big Three carriers.

Telus is based in Western Canada, though has extensive operations elsewhere.

Mr. Buffett’s Berkshire Hathaway Inc. reached an agreement to acquire Precision Castparts Corp. for about $32.-billion (U.S.), or $235 a share in cash.

“For good reasons, it is the supplier of choice for the world’s aerospace industry, one of the largest sources of American exports,” he said in a statement.

We’ll get to see some interesting earnings and stats, notably those that feed our national obsession on the housing market.

And on the housing front, as The Globe and Mail’s Tamsin McMahon reports, there are three key stats, including tomorrow's Canada Mortgage and Housing Corp. report on construction starts, followed later in the week by the Teranet-National Bank home price index and and the Canadian Real Estate Association’s monthly update on sales and prices.

What we expect to see, of course, is that Toronto and Vancouver are scaling new heights and the rest of the country is just so-so.

“Canada’s housing market thumbed its nose at the bears once again in July, with sales likely rising 6 per cent year-over-year to a record for that month, even if decelerating modestly from June’s pace,” senior economist Benjamin Reitzes of BMO Nesbitt Burns said of the CREA report.

“Average price gains are expected to see another strong showing, up 9 per cent year-over-year, with single-family homes in Vancouver and Toronto outperforming amid supply constraints,” he added.

Housing starts, though, are expected to show a decline for July from June.

Then on Friday, Statistics Canada will release its monthly snapshot of the manufacturing industry, which is expected to show a gain in June sales. 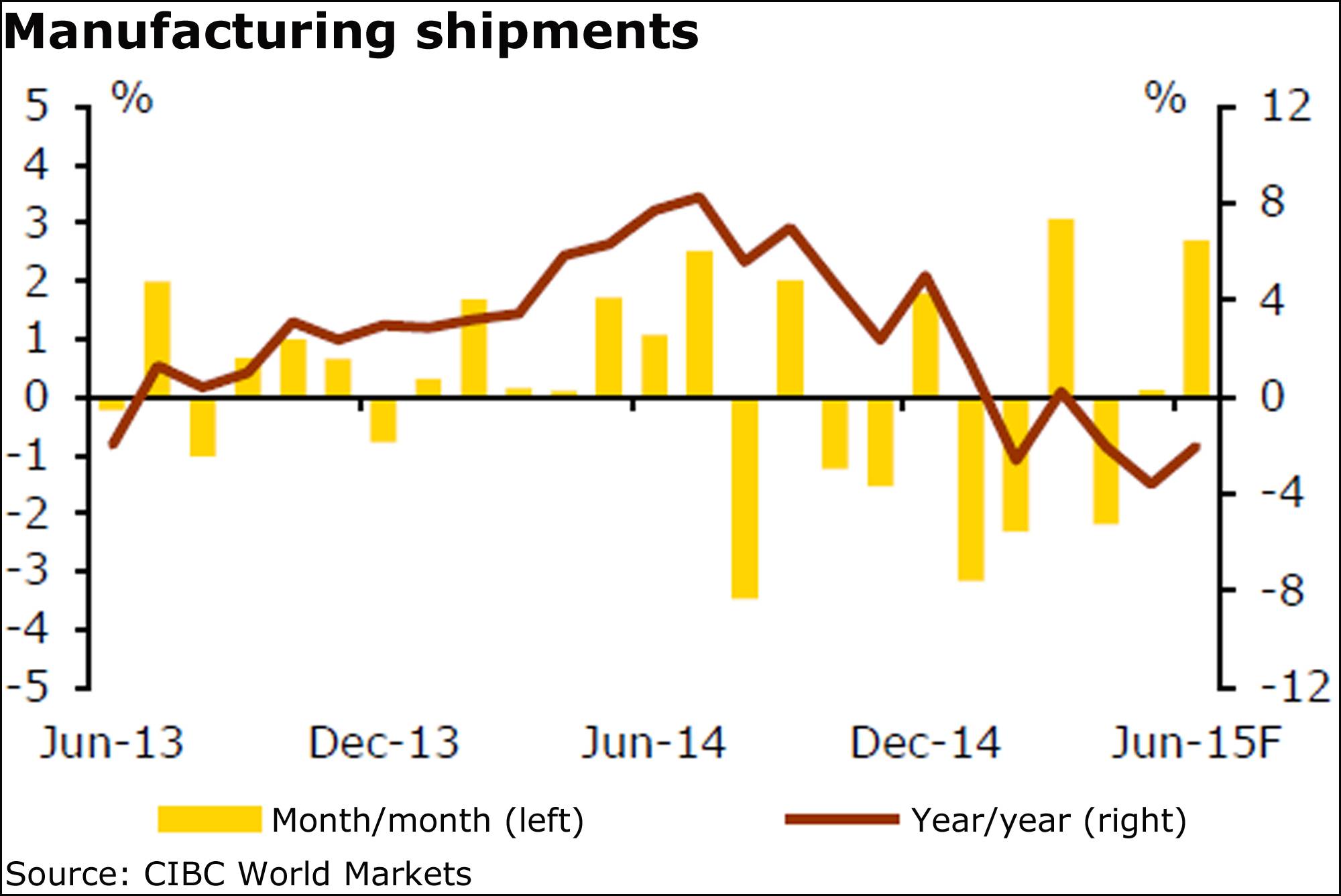 We’ve already seen a bounce in exports for that month, which should signal a better showing at the country’s factories. Economists expect to see a particularly strong rise in auto manufacturing.

“June’s trade data gave us reason to breathe a sigh of relief, especially when looking at its implications for manufacturing’s near-term outlook,” Nick Exarhos of CIBC World Markets said in a lookahead to the factory report.

“The near 7-per-cent gain in related exports in June should be an important driver of reversing some of the factory sector’s recent disappointments,” he added.

“Furthermore, a return to more normal operations at key facilities after an extended retooling period points to a particular jump in auto production for June.”

Economists expect the report to show a sales gain in the area of 2.5 per cent.

Also on Friday, a key report from the euro zone will show how well the economy of the troubled monetary union fared in the second quarter of the year.