Like many people, I’m not sure I’d know a housing bubble until it popped.

The mortgage broker lobby group, though, is certain there’s no bubble in Canada, the market is just fine, and the government should stay out of the way.

As in, policy makers would be playing with fire by tightening up again in a bid to cool down the Toronto and Vancouver markets, where prices have been rising relentlessly, sparking fears of froth and raising hard questions about affordability.

A report yesterday from Mortgage Professionals Canada (MPC), an 11,000-member group, follows Finance Minister Bill Morneau’s promise for a “deep dive” into the housing market and his establishment of a study group made up of his government, the provinces of Ontario and British Columbia, and the two hot cities in question.

Notably, the report by MPC chief economist Will Dunning found that “housing bubbles do not exist in Canada,” while an accompanying statement from the group said affordability conditions are “excellent.”

For the record, Canadian economists do not see a housing meltdown in the making. Having said that, BMO Nesbitt Burns recently questioned whether Vancouver might be showing signs of the “B-word.”

For a bubble, MPC says, expectations of price increases must be self-fulfilling, and prices must differ markedly from what you’d expect based on a current economic climate.

So let’s put some of its findings to the test, compared to other observers:

MPC: “The author’s statistical research into Canadian housing markets suggests that growth of house prices has very little influence on market activity and, therefore, there is no evidence of a ‘speculative mindset.’ There is evidence of a moderate effect in British Columbia, but even in B.C. the effect is nowhere near as strong as occurred in the U.S. during its bubble period.”

Bank of Canada, in its financial system review: “The rapid pace of price increases seen over the past year raises the possibility that prices are also being supported by self-reinforcing price expectations.”

MPC: “We can conclude that the rapid rises of housing prices are consistent with economic fundamentals.”

Me: Let’s give this one to MPC. Economists agree that in Toronto and Vancouver, strong jobs growth is indeed helping to support the housing market.

MPC: “When housing affordability is calculated using the actual interest rates that can be obtained in the market, conditions are excellent across the country.”

Royal Bank of Canada: “Owning a single-detached home at market price in the Vancouver area has become out of reach for all but just a minority of higher-income households. RBC’s affordability measure for the area in the first quarter of 2016 was the worst ever recorded anywhere in Canada. RBC’s measures also indicated significantly stretched affordability conditions in the Toronto area’s single-detached segment. Conditions were much less severe for condo apartments.” (Mr. Dunning notes there are a variety of mortgage rates available.)

Mr. Morneau: “[It’s] an issue that is top of mind for many Vancouverites and Torontonians who are struggling with the high cost of living and seeing their dream of home ownership seem to get further and further out of reach … I hear from young families in my riding who want to know if they’ll ever be able to buy their first home.”

MPC: “Based on available data, we don’t see any evidence of a widespread increase in risk-taking by borrowers or lenders.”

Bank of Canada: “There is evidence of increased riskiness in the characteristics of recent mortgage originations ... The share of both insured and uninsured mortgages issued in 2015 with a loan-to-income ratio (LTI) above 450 per cent increased notably from 2014.”

Me: Oh, okay, delinquencies are low but …

Bank of Canada: “Weighted by value, these high LTI mortgages accounted for 21 per cent of all insured mortgage debt originated in 2015, up from 16 per cent in 2014. The most significant growth has been in Toronto and Vancouver, which also experienced the largest jumps in house prices in 2015 ... The increase is evident across all types of lenders, including banks, mortgage finance companies and credit unions.”

MPC: “The greatest risk to the housing market (and consequently to the broader economy) is not reckless consumers or lenders – it is needless policy changes.”

OECD: “Macroprudential measures have strengthened recently but should be tightened further and targeted regionally.”

Scotiabank CEO Brian Porter: “The question is not about the banks, it’s about the government doing something about it ... We’ve been encouraging the government to do some things here, and we’ve been consistent for years.”

CIBC CEO Victor Dodig: “We will be an active participant with government in working on a solution.”

MPC: “[According to a survey, most of the next generation of home buyers] feel that Canadian real estate is a good long-term investment and 72 per cent view having a mortgage as good debt, as long as they see Canada is on a strong economic footing.” 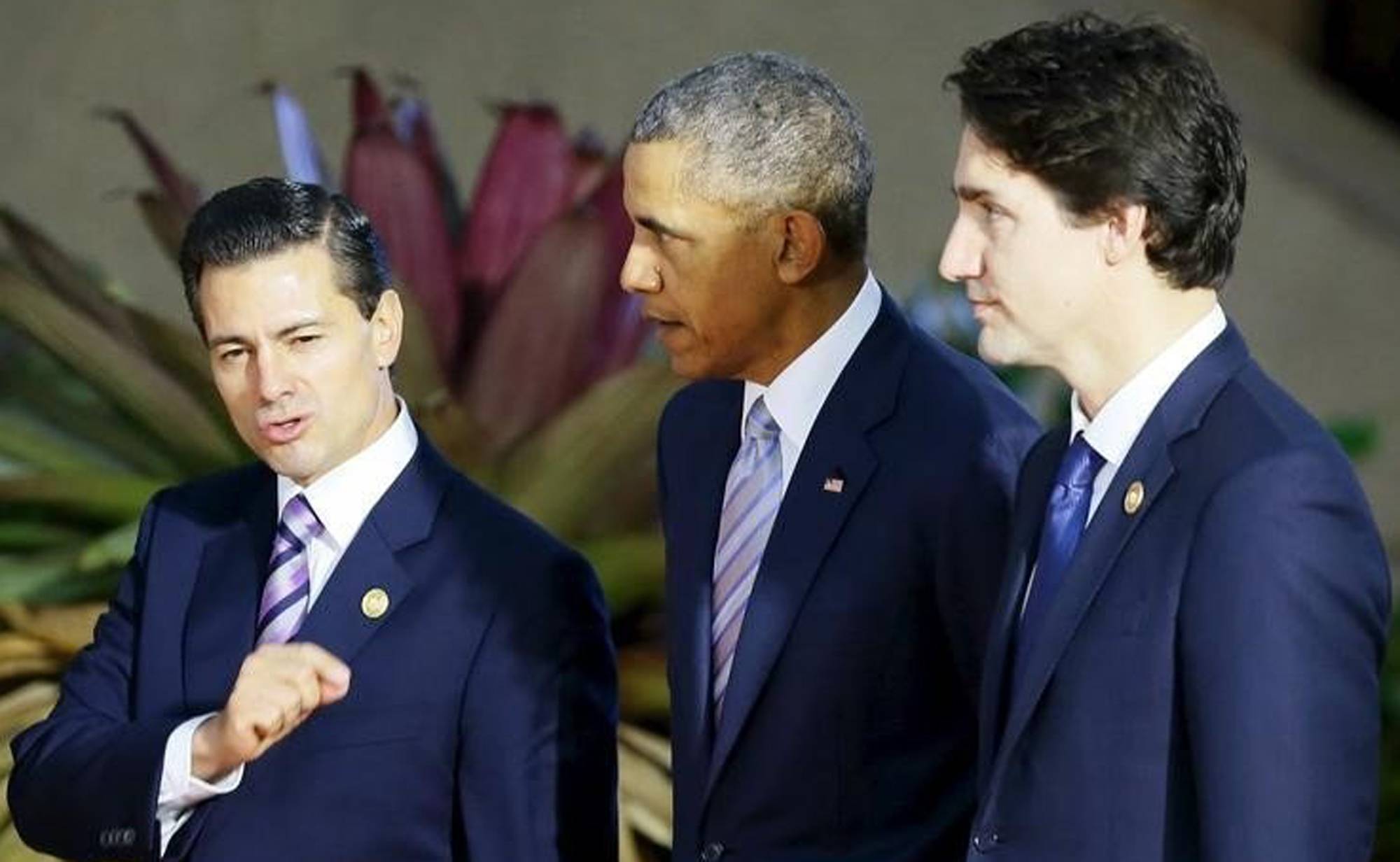 “How do I drive back to Canada next year if I can't get through the wall?”

Canadian Imperial Bank of Commerce has struck a $4.9-billion cash-and-stock deal for a Chicago bank

CIBC is offering $18.80 (U.S.) a share in cash and 0.3657 of a common share for PrivateBancorp Inc., which it said in a statement today will “significantly expand” its reach across North America.

PrivateBancorp is big in Chicago, but operates in 11 other U.S. markets, as well.

The deal involves about $1.5-billion in cash, and 19.5 million CIBC shares.

A fresh reading today from the Conference Board of Canada suggests better economic times are ahead.

The board’s composite leading index inched up 2.6 points in April, which “hints at better times for the Canadian economy six months from now,” the group said.

“Oil prices continued their recovery in April, breathing some life into the oil patch and portending better times for the energy sector in the final months of the year,” it added.

“Financial markets and consumer confidence also continued to rebound from their lows of earlier this year, as investors and consumers are becoming more optimistic about the future course of the economy.”

Of course, we’ll have to see how the Brexit issue affects markets and confidence going forward.

The Canadian dollar may be down, but clearly not out.

As Bank of Nova Scotia puts it today, it’s a “safe(r) haven” compared to several other currencies after the turmoil that followed the Brexit referendum results last week.

The loonie is down by less than 2 per cent against the U.S. dollar since Britain shocked the markets when voters chose to leave the European Union.

But it’s up 8 per cent against the embattled pound, which isn’t surprising, but also up against the euro, the rand, Mexico’s peso, Sweden’s krona, Norway’s krone, the Australian dollar and the Swiss franc, Scotiabank noted.

“It is still a safe(r) haven against a number of other important currencies,” the bank’s Derek Holt and Dov Zigler said in a research note.

“The search for global yield, or perhaps more appropriately put as the search for bonds where one isn’t guaranteed of principal loss if held to maturity, positions Canada rather nicely against many others,” they added.

“For instance, Canadian 10-year yields might be about 40 basis points below 10-year Treasuries, but they’re higher than 10-year gilts, bunds, French bonds and [Japanese government bonds],” just to name a few.