These are stories Report on Business is following Tuesday, May 6, 2014.

OECD projects pick-up
The Organization for Economic Co-operation and Development sees Canada's economy picking up, but its new forecast today is not without its warnings.

Economic growth will rise by next year to 2.75 per cent, the OECD said in a global forecast, helped by a "desirable rebalancing" to exports and business investment, which the Bank of Canada, too, has hoped for.

Helping to drive this will be the lower Canadian dollar and growth in the oil patch.

Notably, given the OECD's previous warnings on inflated Canadian house prices, the group also projects that "housing investment should decline towards a more sustainable level."

Today's report is not without its warnings and recommendations.

The Bank of Canada should begin to hike interest rates as inflation nears its target of 2 per cent by late next year, the OECD said, and "fiscal consolidation" should continue among the various levels of government.

"Most notably, provincial governments should continue to work on reforms that would limit growth in health-care expenditures," said the group.

And, to keep housing-related threats in check, it added, "mortgage insurance coverage should be limited to only part of lenders' losses."

The group projects economic growth in Canada, at 2.5 per cent this year, will top the 2.2 per cent of all OECD countries this year, and almost match the 2.8 per cent of those nations in 2015.

Canada will do better than the group when it comes to unemployment, according to the OECD, but the country's jobless rate is projected to remain stubbornly high, at 6.9 per cent this year, and 6.6 per cent in 2015.

The bottom line is that the OECD sees global economic growth and trade progressing at a "moderate pace" this year and next. And that, almost six years after the financial crisis began, millions will still be without work.

"Activity in the OECD economies will be boosted by accommodative monetary policies, supportive financial conditions and a fading drag from fiscal consolidation," it said.

"However, unemployment is likely to decline only modestly, with 11.25 million extra people unemployed at end 2015 than at the onset of the crisis, and inflationary pressures will be muted."

The OECD believes Canada's economy expanded by just 0.5 per cent in the first three months of this year, and projects that will speed up to 2.4 per cent in the current quarter.

That would lag the 3.1 per cent of the United States in the second quarter, as well as Britain's 3.3 per cent and Germany's 2.5 per cent, among the G7 nations.

"The United States and Canada are both also expected to experience an uneven pattern of growth in the near term, owing in part to the disruptive effect of repeated episodes of severe winter weather," the OECD said.

"A number of activities were restrained by the storms and cold temperatures, which is likely to depress first-quarter GDP, with some bounce-back effect in the second quarter in the absence of further negative shocks."

The U.S. Commerce Department has already put America's economic growth in the first quarter at just 0.1 per cent, annualized, though that could well be revised. Unemployment in the U.S., meanwhile, has eased to 6.3 per cent.

Given the divergence among the world's rich nations, the OECD has different advice for each, suggesting that the Federal Reserve, for example, "proceed cautiously" as it continues to pull back on its stimulus measures, while "the degree of monetary policy stimulus should be maintained or even increased" in the euro zone and Japan.

At the same time, however, the federal agency also revised the country's trade showing for February, reporting an $847-million surplus that was far heftier than the original reading.

While the level of exports fell, volumes were actually up 0.7 per cent in March, while prices slipped 2 per cent, Statistics Canada said.

On the import side of the ledger, prices edged up 0.4 per cent, while volumes were flat.

Outside of the United States, exports to other countries climbed 2.5 per cent, with a sharp rise of 8.5 per cent to Europe. Imports from those countries inched down 0.7 per cent.

In the United States, trade picked up in March on both the export and import side, shrinking America's shortfall to $40.4-billion (U.S.).

The media and telecommunications company said today its profit climbed to $615-million or 79 cents a share in the quarter,  from $566-million or 73 cents a year earlier.

On an adjusted basis, net profit was $626-million or 81 cents per share compared with 77 cents, The Globe and Mail's Bertrand Marotte reports.

The returns beat analysts' consensus estimate of 76 cents per share for the quarter.

Operating revenue in the first quarter was $5.09-billion, up from $4.91-billion a year earlier.

The Canadian carrier today posted a dip in first-quarter profit to $89.3-million from $91.1-million a year earlier.

Chief executive officer Gregg Saretsky described the results as a "very strong start" to the year, with the second-best first-quarter profit ever. 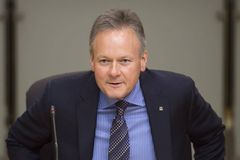 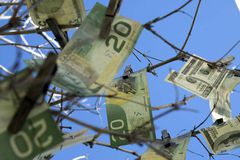