These are stories Report on Business is following Friday, Jan. 30, 2015.

Oil's toll
A major U.S. bank is warning Canadians what to expect from the rout in the oil market: "There will be blood."

That warning from JPMorgan Chase & Co. is largely aimed at the province of Alberta, home to Canada's oil patch, but the collapse in oil prices will filter through the broader economy.

The Wall Street giant, like others, suggest a recession in Alberta, with slower economic growth in other parts of the economy. Economists generally now forecast growth of 2 per cent or lower in Canada this year.

Already, oil companies have slashed spending and started to lay off workers amid the shocking plunge in oil prices.

That's the "direct blood," as JPMorgan's Kevin Hebner puts it.

But there will also be a ripple effect, and the threat of something far uglier.

Mr. Hebner, JPMorgan's chief foreign exchange strategist, and technical analyst Niall O'Connor, warned in their new report of both the impact and the threat, using the Bank of Canada's own numbers released last week.

That's when Bank of Canada Governor Stephen Poloz unveiled a surprise interest rate cut, which he dubbed an insurance policy amid the uncertainty in the oil market.

"Last week's brief statement mentioned 'oil' 10 times and the insurance cut demonstrated the BoC's focus on mitigating downside risks from the oil patch slump, especially given that we have so far only witnessed the tip of the iceberg in terms of direct damage (especially regarding energy-sector capex and employment," they said in a section of the report titled "There will be blood," referring to capital expenditures and jobs.

Mr. Hebner, who believes the central bank could well cut rates again, noted in an interview that each oil job in Canada indirectly supports two or three others.

And while there are no such signs at this point, households are vulnerable to shocks given the high consumer debt levels in Canada and inflated home prices in some parts of the country.

Indeed, Calgary's housing market is showing initial signs of a slump, and the Bank of Canada has expressed concern about what that mean outside the home of the country's energy industry.

"There certainly will be direct blood," Mr. Hebner said, citing the hit to investment and the "tens of thousands" of jobs he expects will die.

Just last week, economists at Toronto-Dominion Bank also warned of the threat of a recession in Alberta, projecting economic growth of just 0.5 per cent over the course of the year.

Other provinces, such as Ontario, are expected now to benefit from the decline in energy costs and the related plunge in the Canadian dollar.

A key issue in Canada is whether the rest of the economy "is strong enough going forward to offset negativity in the energy sector," Derek Holt of Bank of Nova Scotia added today.

"Canada is more dependent on energy than ever before as one in five cap-ex dollars, one in four export dollars, and 13 per cent of GDP through direct and indirect effects are derived from the sector," he added.

"Will a depreciated [Canadian dollar] and U.S. growth be enough to pull non-energy exports higher going forward and offset the pain that is sweeping through the resources sector (and not just energy)? I'm skeptical."

Mr. Holt, too, raised questions about the state of Canadian households, though there are offsetting factors.

"There are many insulating safeguards in a strong financial system and a very different mortgage market but further growth off of record highs in such variables may not get a lift from rate cuts as employment growth has cooled over the past couple of years while the housing market is operating at saturated levels of activity."

Economy contracts
And on that note, we turn to the latest reading, though it's far in the rear-view mirror at this point.

As The Globe and Mail's David Parkinson reports, that's the poorest showing in about a year.

And it may well add to the speculation over whether the Bank of Canada will cut rates again.

"November's disappointing results will put a dent in Q4 GDP growth, the latter likely to come in around 2 per cent annualized, roughly half a percentage point lower than the Bank of Canada's estimates in the recent monetary policy report," said senior economist Krishen Rangasamy of National Bank of Canada.

"That, coupled with the recent Statistics Canada downgrade to employment, gives the central bank ammunition to dispatch another rate cut at its March meeting."

The factory sector's output sank by 1.9 per cent in the month, ending what had been a string of gains.

The latest reading from the U.S. economy, meanwhile, showed growth slowing in the fourth quarter to an annual pace of 2.6 per cent.

Loonie sinks
And you just knew this was coming: The Canadian dollar hit a fresh low today after those duelling economic reports from Canada and the United States.

It's the second day in a row that the currency has swung by about a penny from its high to its low.

Misery loves company
Not to be outdone, Europe reported some ugly numbers today.

The Eurostat agency said it now expects the euro zone to sink further into deflation in January, to the tune of -0.6 per cent from December's -0.2 per cent.

The agency also said unemployment dipped in December to 11.4 per cent from 11.5 per cent, small comfort given the still-elevated level.

Russia cuts
The world's central banks are just full of surprises these days.

The Bank of Russia became the latest today, cutting its key one-week auction rate to 15 per cent from 17 per cent as it plunges toward an expected recession.

The ruble tumbled, but that's nothing new.

"The focus is now on growth downsides that will probably crush ruble-impacted import price inflation," said economists at Scotiabank.

"Governor Elvira Nabiullina was under pressure to cut rates from the business community as the run-up in rates from 10.5 per cent in December was rippling throughout the financial system and economy," they added in a research note.

"One cannot help but question such erratic monetary policy behaviour." 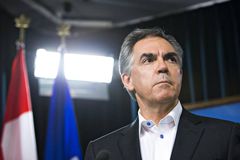 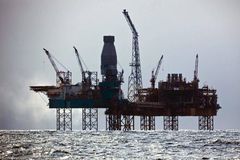 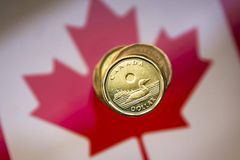