Canadian families are following their governments by going deeper into debt.

The consumer debt binge had been showing signs of easing, but the latest numbers show it speeding up again, sparked by ultra-low interest rates and rising property values.

That, Mr. Porter said, matched the January number and outpaced the 4.7 per cent of a year earlier. 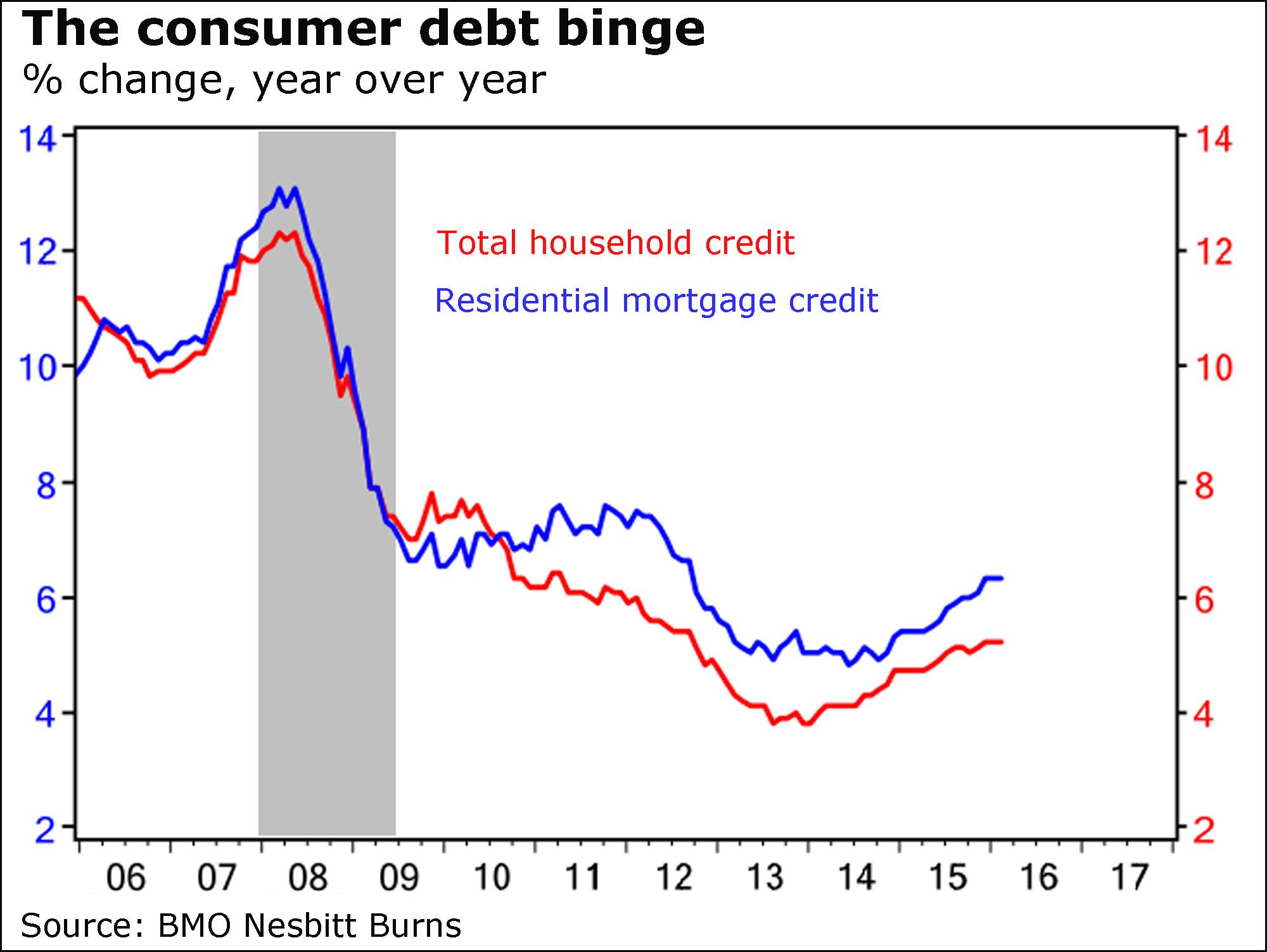 “These robust results are being paced mostly by mortgage growth, which has popped 6.3 per cent in the past year, the highest in almost four years,” he added.

Those two cities, of course, are Vancouver and Toronto, where home prices are climbing ever higher, raising fears of a frothy market.

It’s not just debt that is growing, but also the debt burden, as measured by the key debt-to-income ratio, which, according to the last reading by Statistics Canada, stood at an elevated 165.4 per cent in the fourth quarter.

That’s because debts are rising faster than disposable income, at a “much milder” annual rate of 3.4 per cent last year, Mr. Porter said.

“In other words, the much-hyped debt/income ratio is poised to keep right on rising in coming quarters,” he added, possibly at an even faster pace that Canada has seen recently.

WynnefallThe proceeds from pricey dinners in Ontario and B.C.

Global markets are on the rise so far in the wake of Federal Reserve chair Janet Yellen’s dovish comments yesterday.

Tokyo’s Nikkei was the sole loser today, down 1.3 per cent.

Hong Kong’s Hang Seng surged 2.2 per cent, and the Shanghai composite 2.8 per cent.

“Her speech was taken as notably dovish, cancelling out some of the ‘April hike’ calls from the previous week, with the usual reaction of a falling U.S. dollar and surging equities seen yesterday [afternoon],” Mr. Beauchamp said of Ms. Yellen.

“The good feeling has carried over into Europe, and it may well be that the period of consolidation and modest declines has come to an end.”

“The use of the word ‘gradual’ and the need to proceed ‘cautiously’ given global risks was construed by the markets as a signal that further monetary tightening was by no means imminent.”

Lululemon Athletica Inc. shares surged today after the yoga retailer posted a jump in fourth-quarter profit and boasted that it topped the $2-billion mark in annual sales for the first time.

Lululemon also projected first-quarter revenue of between $483-million and $488-million, and diluted earnings-per-share of 28 cents to 30 cents.

Video: How people use office stereotypes