These are some of the major stories Report on Business followed this week. Get the top business stories on weekdays on BlackBerry or iPhone by bookmarking our mobile-friendly webpage.

Whither our youth I scraped in under the wire - well, a little more, actually - on the changes that will affect retirement in Canada. As did much of my generation.

That's small comfort to our children, many of whom are already suffering the after-effects of the financial crisis and recession, and who now also face retirement, interrupted.

Canada's Finance Minister unveiled a budget this week that will, in time, reset the age of retirement to 67 by hiking the age of eligibility for the Old Age Security benefit, worth more than $6,000 a year, from 65. That begins in 2023, and will be phased in, so it doesn't capture the Boomers.

It will, though, hit their kids, many of whom are already struggling with a youth unemployment rate of more than 14 per cent and, according to studies, face a hit to earnings because they graduated in a recession.

Thirty-two per cent of people between the ages of 25 and 54 will be relying on OAS and Canada Pension Plan and Quebec Pension Plan benefits as their prime source of income in retirement, according to a Harris Decima survey commissioned by Bank of Montreal's BMO Retirement Institute.

The change, along with others announced in Thursday's budget, is meant to help sustain the OAS program, which the government warns will cost $108-billion by 2030, compared with $38-billion in 2011.

As some observers note, retirement is still a long way away for many of those affected, and they could start planning immediately.

"At least for those still thinking about retiring at 65, they should be saving a higher percentage of their income now to raise a larger pool of private funds to draw down," said chief economist Avery Shenfeld of CIBC World Markets. "In practice, as opposed to theory, we don't expect that degree of rational planning to materially hit Canada's savings/consumption mix in the near term."

Others say we have let our children down.

"Today's budget tabled by Finance Minister Flaherty confirmed the worst for our children and grandchildren," said the National Pensioner and Senior Citizens Federation.

Over all, Mr. Flaherty's budget won praise from economists by speeding up deficit reduction. It also extended a hiring credit for small business, and capped potential increases in Canada's Employment Insurance program.

Making cents of it all The Canadian government had many complaints about the lowly cent as it also announced in the budget it was getting rid of the coin, citing "its rising cost of production relative to face value, the increased accumulation of pennies by Canadians in their households, environmental considerations, and the significant handling costs the penny imposes on retailers, financial institutions, and the economy more generally."

It has been under discussion for years in Canada, and the government finally did the penny in, citing annual savings of $11-million.

"Pennies take up too much space on our dressers at home," Mr. Flaherty said. "They take up far too much time for small businesses trying to grow and create jobs."

I don't know about the second part, but I'm with him on the first.

"Due to inflation, the penny's purchasing power has eroded over the years," the government said. "Today it retains only about one-20th of its original purchasing power. Given its declining purchasing value, some Canadians consider the penny more of a nuisance than a useful coin. We often store them in jars, throw them away in water fountains, or refuse them as change."

The government outlines on its website how it'll work, by rounding up or down. Rounding will only be involved in cash deals, with pennies still existing for cheques, and credit and debit transactions.

And, of course, Mr. Flaherty still wants what's rightly his, not a penny more, not a penny less. The GST and HST will still be calculated to the cent and added to the price. Only the overall total gets rounded.

RIM opens the door The new chief executive officer at Research In Motion Ltd. is moving to revive the BlackBerry maker's sagging fortunes by opening the door to partnerships, licensing deals and, in the extreme, an outright sale of the company.

As RIM reported weak quarterly results late Thursday, Thorsten Heins announced a "comprehensive review of strategic opportunities." While he's not looking for an auction, he said he would explore such a move "if there's any element that we detect during that strategic review that would lead us into this direction."

As The Globe and Mail's Iain Marlow reported, RIM lost $125-million or 24 cents a share, diluted, in the fourth quarter, compared with a profit of $934-million or $1.78 a year earlier. Revenue came in at $4.2-billion, well below the $4.6-billion that had been projected. Shipments slipped more than 25 per cent.

And, according to the company, it "expects continued pressure on revenue and earnings throughout fiscal 2013."

Analysts noted the many challenges facing the Canadian smartphone maker, though they gave a nod to Mr. Heins' honesty. And he certainly sounded tough Thursday as he laid out the path and some senior staff departed.

"We felt tonight's earnings call was the first honest acknowledgment from management of the seriousness of the competitive headwinds facing RIM, with a firmer commitment to scale back and refocus resources; drive operational/process efficiencies, striving for $1-billion in savings; and preserving its service revenue," said Phillip Huang and Amitabh Passi of UBS Securities.

Analysts also began trimming their price targets on RIM shares. Mike Abramsky of RBC Dominion Securities cut his to $13 from $16, citing the slowest ever growth in subscribers, just 3 per cent compared with the previous quarter, and the first annual decline in revenue in its international units, which "may escalate concerns Apple/Android may consume RIM's international leadership, just like North America."

Brothels as businesses One can only imagine the red tape that would be involved, but Ontario may in time be home to legal brothels.

As The Globe and Mail's Kirk Makin reported this week, Ontario's top court, finding that prostitution is dangerous, moved to protect the oldest profession by allowing brothels to be legally-run businesses. The court found that risks to prostitutes are exacerbated when they can't work together or without security.

It was, noted Professor Barbara Brents of the University of Nevada, Las Vegas, a good ruling.

"Nevada's legal brothel system has helped prevent violence, trafficking and gives women needed rights and resources," she said . "It is heartening that these judges are recognizing that simply criminalizing prostitution has done little to protect sex workers. I hope their efforts stick."

Ms. Brents and various colleagues have conducted in-depth studies of the sex industry, notably in Nevada.

With Professor Teela Sanders of the University of Leeds, she analyzed the "expansion of commercial sex," citing statistics suggesting the global industry was valued at at least $20-billion (U.S.), and likely far more, in 1998. That presumably takes in a wide array of businesses, including massage parlours and bars that offer lap dancing.

"Mainstreaming of the sex industry is invariably linked to wider patterns in leisure consumption, travel, and the hedonistic search for relaxation and pleasure," they said.

"Global tourists increasingly consume services that sell escapism, themed adventure, spectacle, fantasy, voyeurism, and even transgression," according to their study.

"Workers increasingly sell emotions, performances, and connections in an unequal context. The sexualization of work is particularly noticeable in empirical studies of the tourism, leisure, beauty, and restaurant industries."

They also talked about "mainstreaming," or integration on economic and social fronts.

In Las Vegas, for example, two people who had been with the Chamber of Commerce at the time quit, perceiving discrimination against sex businesses, and formed the Sin City Chamber of Commerce, which by 2008 boasted more than 500 members. They believed they could make money, and some 80 per cent of the members aren't in the sex trade.

"Mainstream businesses join because they recognize there are profits in providing services to adult-related businesses, including advertising, printing, financial services, attorneys, apparel, and travel agencies," the professors wrote.

In the markets The S&P 500 closed out the week up just shy of 1 per cent, but it capped the best first-quarter showing since 1998. Toronto's S&P/TSX composite index dipped 0.6 per cent, and its quarterly performance has trailed others with an increase of more than 3.5 per cent.

"Despite the strong overall performance in the first quarter, there might still be some gas left in the tank for equities," said Robert Kavcic of BMO Nesbitt Burns.

"Recall that sentiment was very depressed in late 2011, providing a springboard for stocks in Q1 - sentiment has since normalized, but has yet to run bullishly amok. By the same token, valuations entered the year in quite favourable territory, especially relative to bonds, and, so far, the rally has yet to push valuations into terrain that would be expected to begin posing significant downside risk."

Required reading this week Regina-based Alliance Grain Traders Inc., the world's largest processor of lentils and a major player in other pulse grains, including chickpeas, peas and beans, has seen its shares sag after reporting that profits and margins collapsed in the fourth quarter, hit by the European debt crisis. Sean Silcoff reports.

Four governments discussed releasing oil from their emergency stockpiles to temper high fuel prices, but it may be the wrong time to turn on those taps, Carrie Tait writes.

The Hunger Games took only three days to establish itself as a pop-culture phenomenon. The Canadian-incorporated production company that made the film will spend about six years reaping the rewards – which suddenly look to have grown substantially. David Parkinson reports.

U.S. firearm stocks are shooting skyward amid predictions that gun sales are poised for a banner year, Shirley Won writes.

The future of Canada's national bank ombudsman is in peril as the country's only independent office for consumer banking complaints looks at shutting down those operations after the departure of the country's two largest financial institutions, Grant Robertson reports. 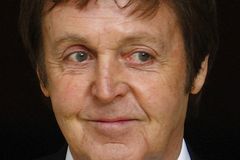