These are stories Report on Business is following Friday, June 29, 2012.

RIM plunges
Shares of Research In Motion Ltd. plunged today in the wake of the company's brutal first-quarter results and the decision to delay its crucial new BlackBerry 10.

Analysts, who began slicing their price targets on the stock after the report, believe we haven't seen the end of the troubles for what was once Canada's great technology hope, the company that gave the world the smartphone. They expect more job cuts, and a sale or break-up of the company if chief executive officer Thorsten Heins can't turn it around quickly.

RIM unveiled an ugly set of numbers late yesterday, a loss of $518-million (U.S.), or 99 cents a share, and an operating loss of $643-million. Revenue sank almost 44 per cent from year-earlier levels to $2.8-billion, and shipments of BlackBerry devices fell to 7.8 million, while the number of subscribers rose to about 78 million.

Most importantly, RIM again delayed its new generation of BlackBerry devices, on which its future is pinned, with Mr. Heins saying he would "not compromise the product by delivering it before it is ready" and expressing confidence in the smartphone when it gets to market. It's now expected early next year, but Apple and other manufacturers, such as Samsung, won't be standing still.

RIM also announced that it's slashing 5,000 jobs, and that its cash levels are up to $2.2-billion.

"Layoffs are not free - there's a use of cash with that," analyst Shaw Wu of Sterne Agee in San Francisco warned in an interview with Reuters. "They have to be very careful with their cash balance. It's a matter of survival now."

Kris Thompson of National Bank Financial said "it's not too hard" now to see RIM broken up with a value of about $8 a share.

"First it was the chip, now RIM can't handle all the code," Mr. Thompson said of the delay of the new device.

"The story keeps changing; we're not buying it. RIM is a hardware vendor, not a software vendor. While more is often better, not so much in software code!"

He expects RIM to cut deeper, saying its current levels can support a global market share, while it will be "lucky" to capture 5 per cent.

He also noted the decline in revenue from its service operation.

"We've been warning investors that this cash cow is running out of milk," he said in a research note.

"We believe this was the last quarter of subscriber growth. International consumers are going to wake up soon to avoid BB7 handsets."

Mr. Heins said he was not satisfied with the results - no surprise there, he knew what the market reaction would be - and that he is working "aggressively" in all areas of the company.

Here's a sampling of what other analysts think:

"It is becoming clearer than ever that the company needs to wave goodbye to hardware and focus more on delivering services and licensing software. This quarter's results have effectively confirmed that RIM can no longer afford to be a wholly vertical company with a fully integrated business model. From now on, any under-performance by the devices part of the organization would mean a significant churn of current BlackBerry users, which could lead to the collapse of the whole business including services.  RIM is gambling on the launch of its forthcoming BlackBerry 10 operating system to redress the situation. However, the ongoing delay in launching the platform is not going to be in the favor of the company given its current bad performance." Malik Saadi, Informa Telecoms  and Media

"We had expected BB10 to finally launch in October but integration issues with RIM's NOC/node infrastructure continue to plague the company. Our checks had indicated that the recoding of the infrastructure so that it would be compatible had been completed but apparently issues have arisen in its interface with BB10. We think execution risks will continue as RIM plans to lay off 5,000 of its 16,500 employees by February while at the same time launching its most pivotal product in the company's history." Peter Misek, Jefferies

"It's like watching a puppy die. It's terrible," Matthew Thornton, Avian Securities, to Reuters

"Wow, what a disaster ...  From a numbers point of view, it could hardly be worse, and it's going to deteriorate from here." Edward Snyder, Charter Equity Research, to Bloomberg

"The delay increases the likelihood of a sale. Even if BB10 launched in the fall against iPhone 5, it would be very, very tough to get consumers to try it out." Michael Walkley, CanaccordGenuity, to Bloomberg

EU leaders strike deal
It was a long night of negotiations but leaders of the European Union struck a deal aimed at easing the long-running debt crisis, a move that cheered investors who hadn't expected much.

As our European correspondent Eric Reguly reports, the deal is a victory for Spain and Italy, the new danger zones in Europe's 17-member monetary union.

EU leaders agreed to prop up ailing banks directly, rather that loaning money to the governments in question and having it go on their books. They also moved toward common bank supervision in a deal pushed by Italy's Mario Monti.

Markets climbed and Spanish and Italian borrowing costs fell sharply, though some details are yet to come.

"The change of position came after Spain and Italy refused to sign off the growth plans until action was taken to help bring down their borrowing costs," said senior analyst Michael Hewson of CMC Markets in London.

"Italy was especially insistent having to pay the highest rates since December last year for 5- and 10-year paper, while Spanish bond yields once again hit the 7-per-cent mark," he added in a research note.

But Mr. Hewson and others noted the issues that remain.

"Nothing has been agreed on a roadmap to a fiscal compact, a banking union and further fiscal integration meaning that while this may have given a short-term pop to markets there still remain a lot of unanswered questions and the fear is that Monti's intransigent tone may well have damaged relations irreparably in the longer term, especially with Germany," Mr. Hewson said.

CP taps Harrison
Canadian Pacific Railway Ltd. did the expected today and named the former boss of its rival as its new chief executive officer.

While still in high school, he began his railway career in 1963, getting a ground-level view as he oiled wheel bearings under boxcars. Mr. Harrison gradually gained promotions, thriving as he took on increasingly greater responsibilities in the rail industry.

He was an executive at Illinois Central Railroad Co. when CN acquired the U.S. freight carrier in 1998. After serving as CN's then-CEO Paul Tellier's right-hand man for five years, Mr. Harrison took over the top job at Canada's largest railway in early 2003.

But most of that is due to activity in mining and energy.

The mining and energy sectors expanded by 2.7 per cent, after falling 2 per cent in February and 1.1 per cent in March.

"Natural gas production was down slightly in April, and storage levels declined for the first time in a year," the agency said.

"The bounceback in energy production was expected given the restart of operations at some plants after earlier shutdowns," said senior economist Krishen Rangasamy of National Bank. "Mining is coming back, although we're yet to recover from the sharp drop of February. The manufacturing sector's soft patch is a bit concerning though. With the healthy start to the quarter, Canada seems to be heading for a GDP print of around 2 per cent for Q2." 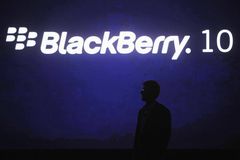 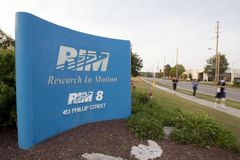