Canada’s new government is facing a string of budget deficits that could top out at $90-billion over the course of its mandate, a new study calculates.

The Liberal government of Prime Minister Justin Trudeau inherited an economy smacked by the oil shock, with forecasts from private economists now suggesting economic growth this year of just about 1 per cent or less.

That’s a huge challenge for a young government on two fronts: It has to do something to juice the flagging economy, and has pledged to do just that, while still managing the books.

“The combined impact of a weaker underlying economy and pledged stimulus could, all else equal, produce a cumulative deficit of $90-billion over this government’s four-year mandate,” Warren Lovely, who heads up public sector research and strategy at National Bank Financial, said in today’s report.

“That represents a net erosion of $100-billion relative to a budget plan presented not quite 10 months ago,” he added. 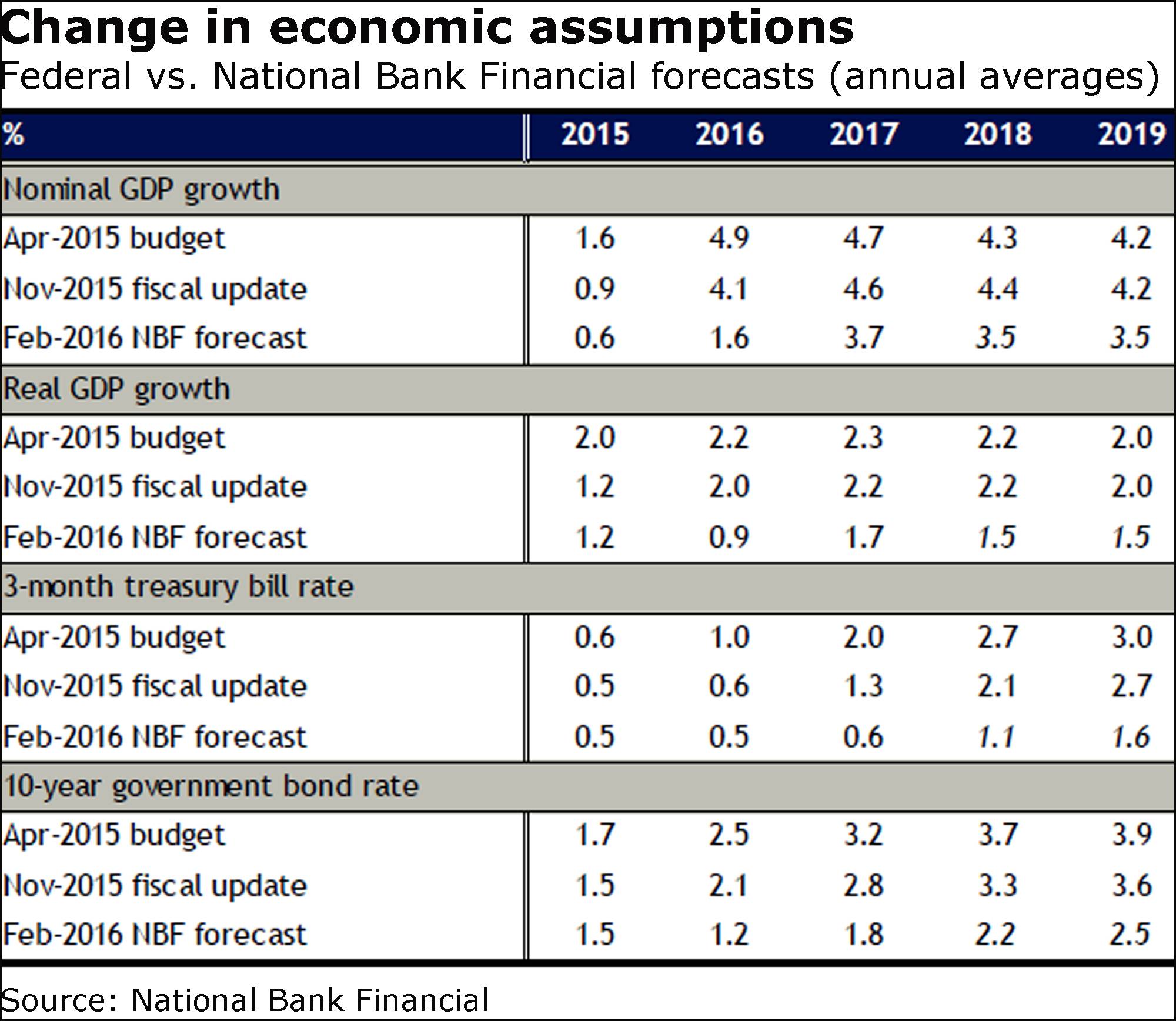 As Mr. Lovely noted, the government has “de-emphasized” its promises to hold deficits to $10-billion a year. This comes amid both a rapidly deteriorating economy and what some observers believe is the need for more stimulus spending than Ottawa has pledged.

“Given our economic forecast, achieving such arbitrary fiscal objectives would entail more than just putting off stimulus, but actually require higher taxes and/or reduced spending in the years ahead,” Mr. Lovely said.

“And tighter fiscal policy is about the last thing a moribund Canadian economy needs right now.”

Without going into all of Mr. Lovely’s calculations and scenarios, he noted that annual deficits of $30-35-billion, or 1.5 per cent of gross domestic product, wouldn’t hurt the government’s longer-term “fiscal sustainability.”

He also cited how past governments have been able to bring down their debt-to-GDP ratios, adding that there’s the benefit now of historically low interest rates.

“Canada needs to ask itself: Do we need the federal debt burden to keep falling forever and ever until the end of time?” Mr. Lovely said.

“Probably not,” he added.

“To be clear, we’re not advocating a wholesale abandonment of responsible fiscal management. But Ottawa might want to consider further relaxing its medium-term debt target in order to enhance flexibility to offer up an enlarged and/or accelerated fiscal stimulus package - support that a slumping Canadian economy increasingly needs.”

Canada-U.S. relations if he actually won? 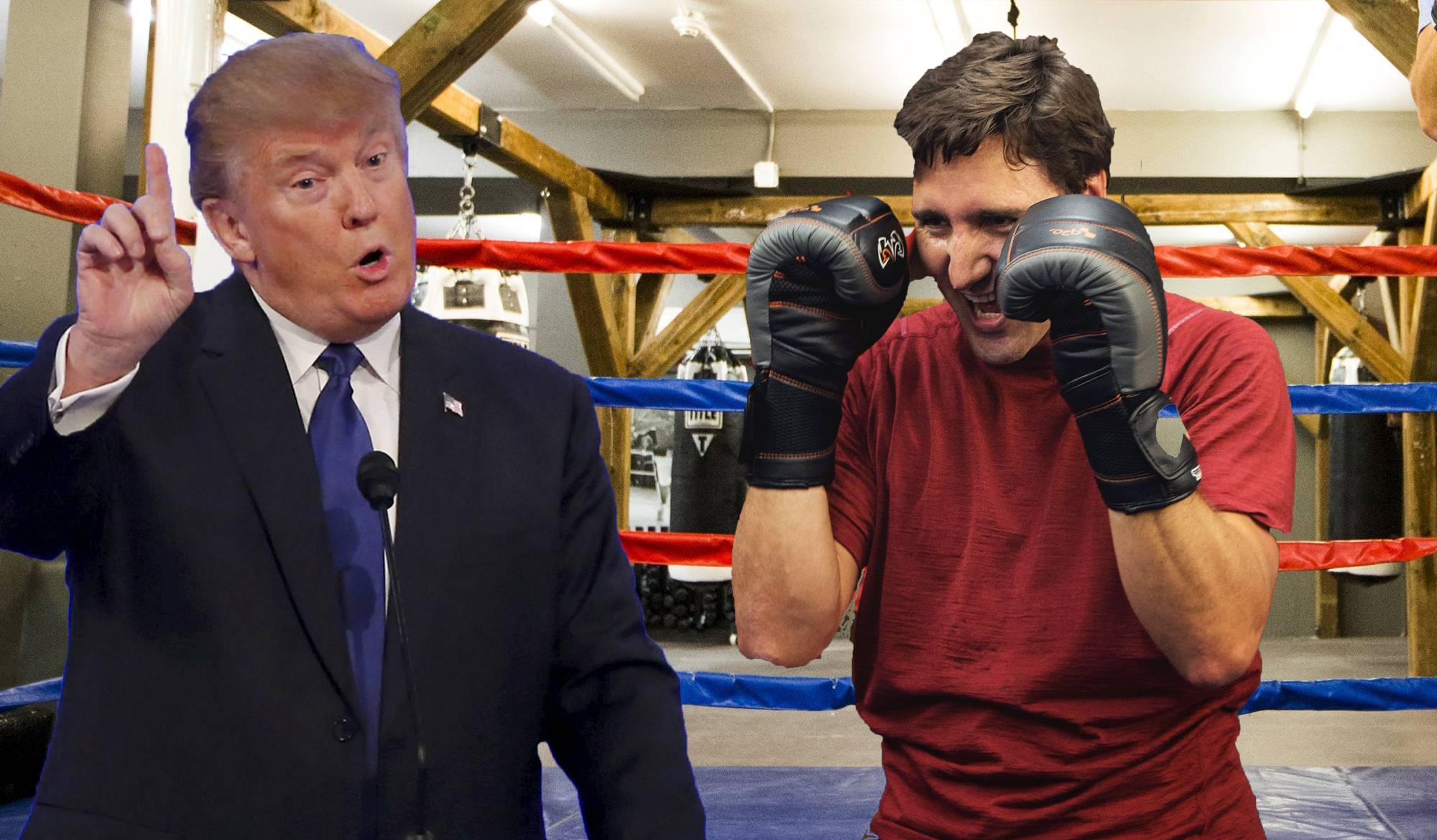 Federal Reserve chair Janet Yellen may be sticking to the party line but, analysts say, the markets aren’t buying it.

In her written testimony to a Congressional committee in Washington today, Ms. Yellen reiterated that the U.S. central bank is still looking at continuing to raise its benchmark rate on a gradual basis, though not necessarily next month.

“This view is clearly at odds with futures markets, which imply that any additional rate hikes are now off the table,” said Paul Ashworth of Capital Economics.

His group, by the way, projects more stable conditions that would allow the Fed to raise rates again in June.

“Yellen’s prepared testimony suggests that the [Federal Open Market Committee] is working on the assumption that it will be able to continue nudging its Fed funds rate target range higher over time,” said Dana Saporta, director of economics research at Credit Suisse.

“But her comments underscore the fact that the committee is not blind to the risks emanating from abroad and the tighter financial conditions at home. And, in our view, they suggest that a rate hike as soon as March is not likely.”

Canada lags the leading countries in the quality of its jobs, a new OECD report concludes.

According to the study from the Organization for Economic Co-operation and Development, the quality of Canadian jobs is just “average,” putting the country in the same league as Belgium, the Czech Republic, France, Ireland, Israel, Japan, Korea, Mexico, the Netherlands, New Zealand, Slovenia, Sweden, Britain and the United States.

The findings are similar to those of a study in the summer of 2014, basically showing no gains where Canada is concerned. 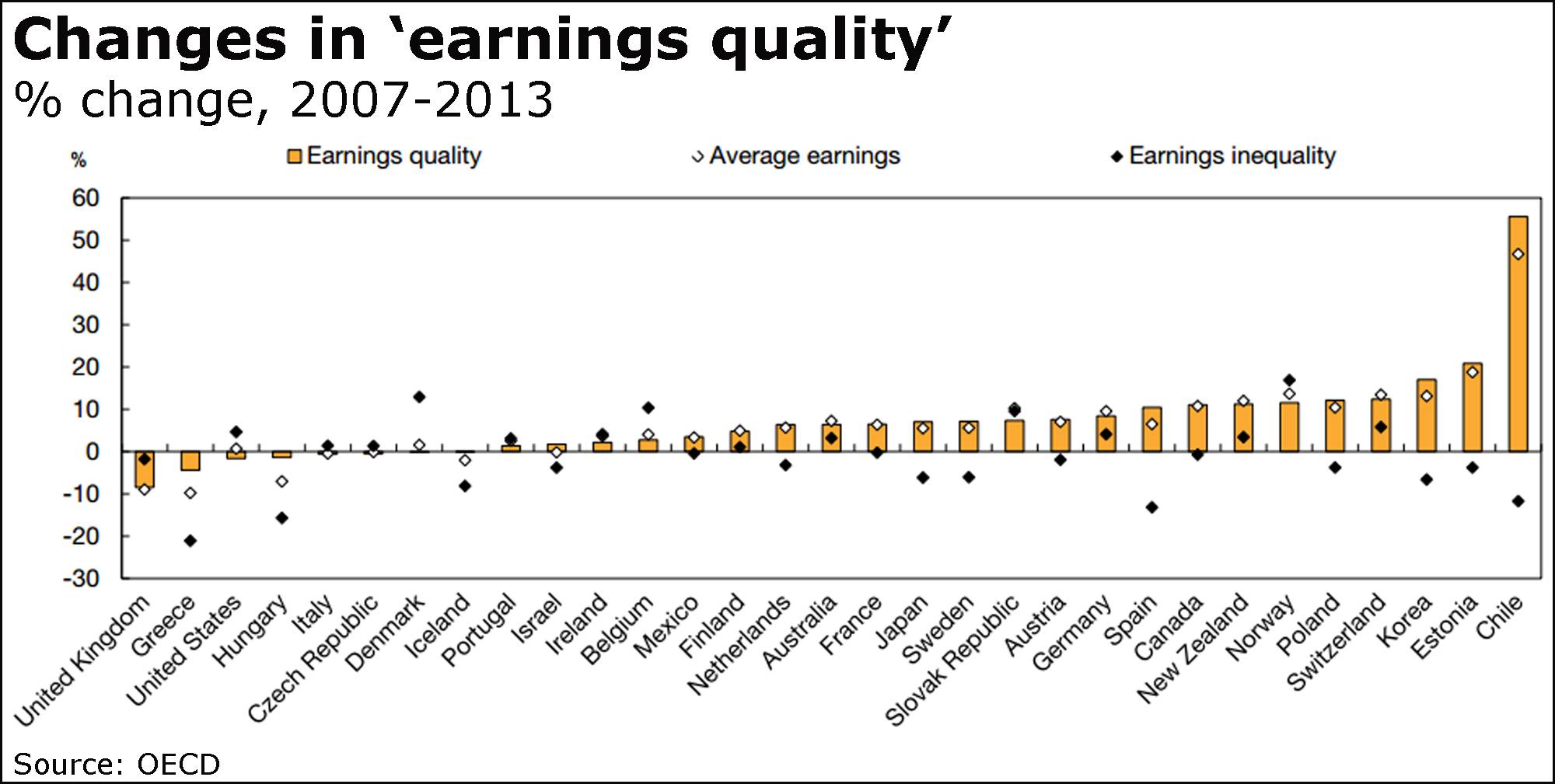 Countries at the top of the rankings fared “relatively well” in at least two of those categories, while those in the middle scored well in no more than one, one or less in the top or bottom 10.

Those in the basement didn’t score well in any.

Unemployment is high in Canada, at 7.2 per cent, driven up by the impact of the oil shock. In Alberta, particularly, the jobless rate has spiked. 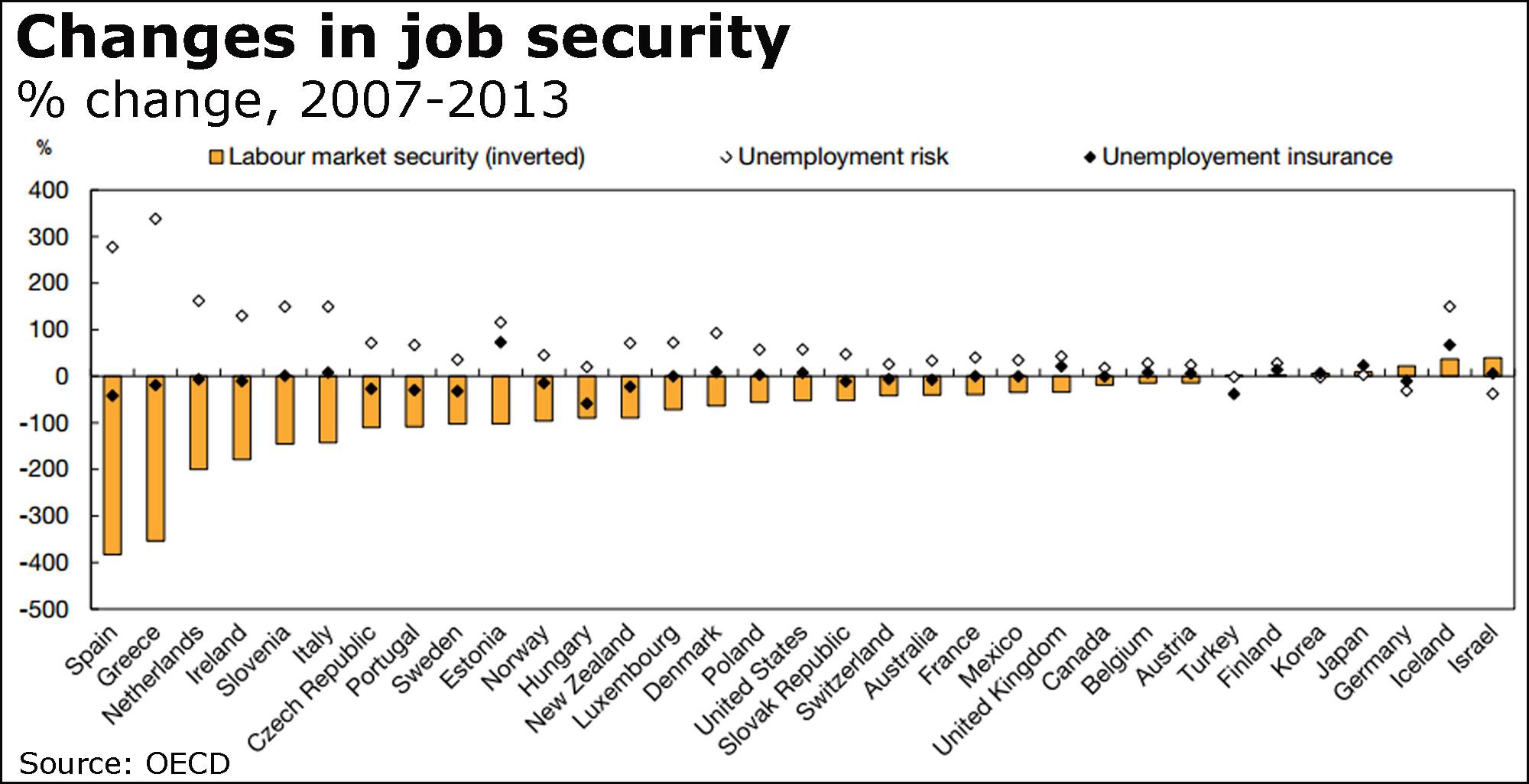 “The deep and often prolonged economic crisis has taken a toll on the labour markets of most OECD countries, with often dramatic increases in unemployment and its duration,” the report said.

“The crisis has also affected those who remained in employment, changing remarkably the quality of existing jobs.”