These are stories Report on Business is following Tuesday, Oct. 15, 2013.

Markets buoyed
European and Asian markets climbed today, and gold slumped, on hopes of an end to the U.S. fiscal stalemate, with just two days to go before what the Treasury Department says is a borrowing deadline.

"The dark clouds that were hanging over Washington are starting to pass as negotiations between the Democrats and Republicans improve," said market analyst David Madden of IG in London.

"The fear of a U.S. default has left some investors paralyzed, but the progress that has been made could pave the way for a deal and that sentiment is driving stocks higher."

As The Globe and Mail's Kevin Carmichael reports, Senate leaders for the two parties are close to a deal that would and the U.S. government's partial shutdown and lift its debt ceiling through early February.

Time is running out to reach a pact – the Treasury Department says it can't go past Thursday – but signs of an agreement are buoying the hopes of investors.

"Investors have remained relatively confident throughout this process that a deal would eventually be done, although that hasn't stopped them taking precautions as the deadline approaches," said market analyst Craig Erlam of Alpari.

"The most notable of these has been the selling of very short-term U.S. debt, which has risen significantly over the last month," he said in a research note.

"Based on the size of the gains seen in the stock market, what we're actually seeing is a case of cautious optimism," Mr. Erlam added.

"Investors are clearly still concerned that negotiations can collapse which, would be disastrous so close to the deadline. This lack of faith highlights the trust that has been lost in the government, not just among the public but also in the financial markets."

Analysts lamented the fact that the United States will only face another showdown early next year, with many issues left to be settled.

"The outlines of the senate debt ceiling deal suggest such a kick down the road with the main work left to a committee (tax code)," said Sébastien Galy of Société Générale.

"Given the success of such committees, it is a delaying tactic suggesting a series of hard-fought battles lie ahead for the incumbent administration. For your inner fixed income bull, it means fiscal policy will be quite a drag with the Fed compensating to try and maintain the escape velocity out of the current deflationary trap."

Citigroup misses
Citigroup Inc. took some of the steam out of the general market optimism today, posting a rebound in third-quarter profit but hurt by lower bond trading, knocking down its shares.

Citi was hurt by a slip in bond trading, citing a 26-per-cent slump in revenue from fixed income. And, when you strip out all the unusual items, earnings per share slipped to $1.02 a share from $1.06.

"While many of the factors which influence our revenues are not within our full control, we certainly can control our costs, and I am pleased with our expense discipline and improved efficiency year-to-date."

Home sales across the country climbed 0.8 per cent in September from August, and 18.2 per cent from a weak September last year, just after Finance Minister Jim Flaherty moved to tame the market.

Average sale prices rose 8.8 per cent from a year ago, The Globe and Mail's Tara Perkins report, while the MLS home price index gained 3.1 per cent.

"While the momentum for sales activity began improving a few months ago, it may be losing steam after having only just climbed back in line with an average of the past 10 years," said Gregory Klump, the chief economist of the realtors' group.

Apple up, Burberry down
Shares of Apple Inc. gained today as Angela Ahrendt decided to leave the lap of luxury to join the fold.

Ms. Ahrendts is quitting her job as chief executive officer of Burberry Group PLC for a new post as Apple's retail chief, sparking a drop in shares of the British luxury retailer.

Analysts say Ms. Ahrendts, who will be succeeded by chief creative officer Christopher Bailey, is leaving Burberry at a crucial time.

Burberry posted a strong gain in its latest report on sales in the first half of the year, but still fell shy of analysts' estimates.

"This is the biggest of a number of recent high profile departures, and the decision to place Christopher Bailey in sole custody of both CEO and chief creative officer has led to concerns over the burden placed on one pair of shoulders, especially given his lack of experience for at that level," said senior sales trader Toby Morris of CMC Markets in London.

BlackBerry shares slip
BlackBerry Ltd. may have gone on the offensive, but its stock is playing defence today.

This comes in the wake of an open letter from the company aimed at reassuring customers that it's alive and kicking.

As The Globe and Mail's Sean Silcoff reports, BlackBerry cited "challenging times" but customers can continue to rely on the company, which has wads of cash on hand and zero debt, and is in the midst of a restructuring.

It's also in the midst of an auction, but its shares continue to trade well shy of the $9-a-share tentative offer from Fairfax Financial Ltd., which is proposing a $4.7-billion takeover when its due diligence is done in a couple of weeks. 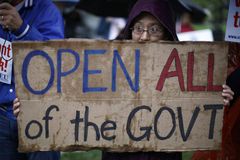 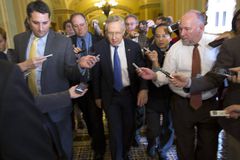