These are stories Report on Business is following Wednesday, July 23, 2014.

It might even tell time
The tech world is abuzz today with visions of Apple Inc.'s widely-anticipated smartphone after the company won a U.S. patent for what it refers to as an "iTime" wrist device.

Geeks and investors alike have been awaiting an "iWatch," and this patent has been in the making for quite some time, so who knows what the final name will be, what the device can do, what it looks like, or even whether it will come to pass.

But the patent granted yesterday by the U.S. Patent and Trademark Office certainly ups the stakes in the next tech battleground of wearable devices, a new front in the war opened by Google Inc. and Samsung.

The latest version of the patent application is several years old, and some of the language in the documents sounds almost funny in today's world. For example:

The document doesn't use the 'iTime' name in the text, but it does in the accompanying drawings.

It runs through various possibilities, including this:

"As an electronic wristband to be worn on a wrist of a user, another embodiment of the invention can, for example, include at least a central portion and at least one band portion. The central portion can include a touch screen display, control circuitry and a battery. The touch screen display can be configured to present visual information to the user and to receive user input from the user."

And tucked away at the bottom of the document:

(The website appleinsider.com, which published the patent development yesterday, goes into great detail.)

Notably, advertising revenue rose 67 per cent to $2.7-billion. Mobile ad revenue, key for Facebook, accounted for 62 per cent of all ad revenue.

Talisman approached
Spain's Repsol SA has approached Talisman Energy Inc. about potential deals, the Canadian oil producer said today in response to a published report that it could be the target of a takeover bid.

Talisman, whose shares had been under severe pressure this year, said it made the statement at the request of market surveillance authorities for the Toronto Stock Exchange, after the stock shot up on the report, The Globe and Mail's Jeffrey Jones reports from Calgary.

"Talisman acknowledges that it has been approached by Repsol with regards to various transactions," the company said in a short statement. "There is no assurance that any transaction will be agreed."

The Spanish oil company has been looking for opportunities to spend $5-billion (U.S.) in compensation it received following the nationalization of its assets in Argentina, according to the Bloomberg report, published late yesterday. Talisman currently has a market value of $12.2-billion.

Despite the entrance last year of activist investor Carl Icahn as a large shareholder, Talisman's stock has fallen as it has struggled with operational problems in the North Sea.

BCE to take Bell Aliant private
Canada's BCE Inc. plans to acquire the stake it doesn't already own in its affiliate Bell Aliant Inc. and privatize the company in a $4-billion deal.

It has long been speculated that BCE would move to take full control of the eastern Canada telecom operator, The Globe and Mail's Christine Dobby reports. It already controls Bell Aliant and is acquiring the remaining 127.5 million shares it does not own for a combined value of $31 per share.

BCE said it expects the privatization transaction to be completed by Nov. 30, subject to more than 50 per cent of Bell Aliant common shares held by public minority shareholders being tendered to the offer.

IMF cuts outlook
The International Monetary Fund today slashed its outlook for U.S. economic growth this year, the latest reminder of the toll an unusually difficult winter took on the country's recovery.

It predicted sunnier days ahead, especially in 2015, but the damage to 2014 appears to be done, our Washington correspondent Kevin Carmichael reports.

In April, before the full effect of the winter's snowstorms and freezing temperatures had become clear, the Washington-based IMF predicted gross domestic product in the United States would expand 2.8 per cent in 2014. That would have been a relatively strong showing. The updated forecast, released Wednesday, is 1.7 per cent, which would be the weakest growth rate since GDP contracted in 2009.

"We do see a more optimistic view for the economy going forward," Nigel Chalk, deputy director of the IMF's Western Hemisphere division, said on a conference call with reporters.

Retail sales rise
Thank cars, RVs, motorcycles and boats for a bump in retail sales in Canada in May.

Retail sales across the country climbed 0.7 per cent in May, to $42-billion, though volumes rose just 0.4 per cent, Statistics Canada said today.

Seven of 11 categories chalked up stronger sales, accounting for 56 per cent of the overall shopping.

Leading those increases, the statistics agency said, were car and related parts dealers, which saw a 2.5-per-cent gain.

New car dealers continued on with their notable gains, up 2.3 per cent in May after a 3.5-per-cent boost in April.

Used car dealers notched an increase of 3 per cent.

"Other motor vehicle dealers," which include RVs, motorcycles and boats, gained 4.7 per cent.

And – no surprise here – gas stations reported a 2-per-cent increase, marking the seventh month in a row of increases.

"With 783 new commercial airplane orders to date this year and significant contracts in the quarter for military aircraft and satellites, our backlog remains large and diverse," said chief executive officer Jim McNerney. 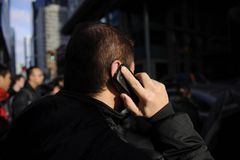