Home prices are scaling new heights in Vancouver, Toronto and Hamilton, while the oil rout takes its toll on Calgary and Edmonton.

The Teranet-National Bank home price index released today showed national prices up 1.2 per cent July from June, and 5.1 per cent from a year earlier.

But that hardly tells the story because the gains are being largely driven by just three centres.

And then, too, you’ve got to break down what’s happening in those three.

“Even in the hot areas of Toronto and Vancouver, above average price growth was not generalized to all dwelling types,” National Bank senior economist Marc Pinsonneault said in today’s report. 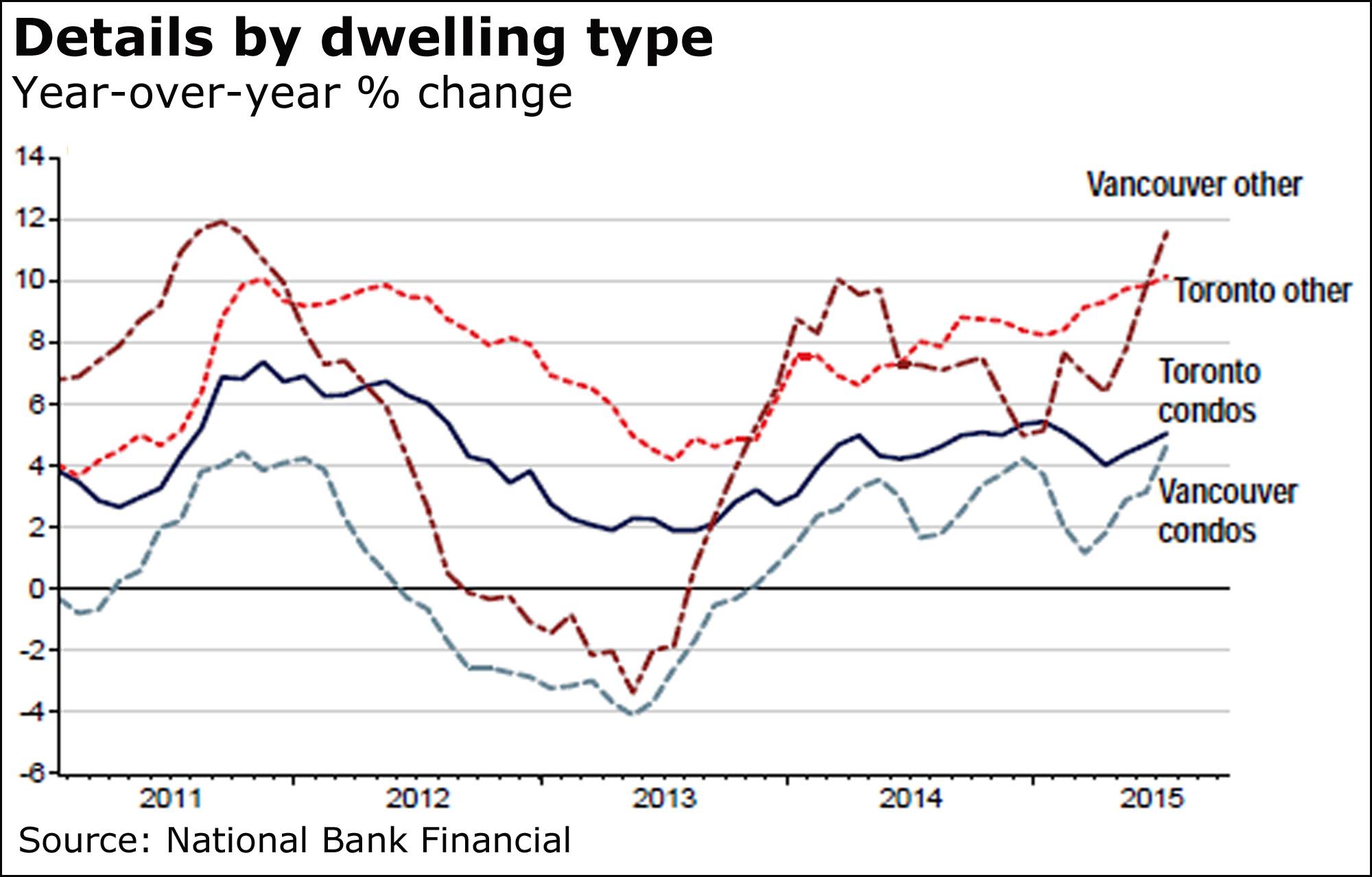 Indeed, condo prices rose 5.1 per cent and 4.7 per cent in Toronto and Vancouver, respectively, while other types of homes surged by more than 10 per cent.

“Were it not for non-condo dwellings in these two regions, house prices at the national level would risen rather modestly over the last year,” Mr. Pinsonneault said. 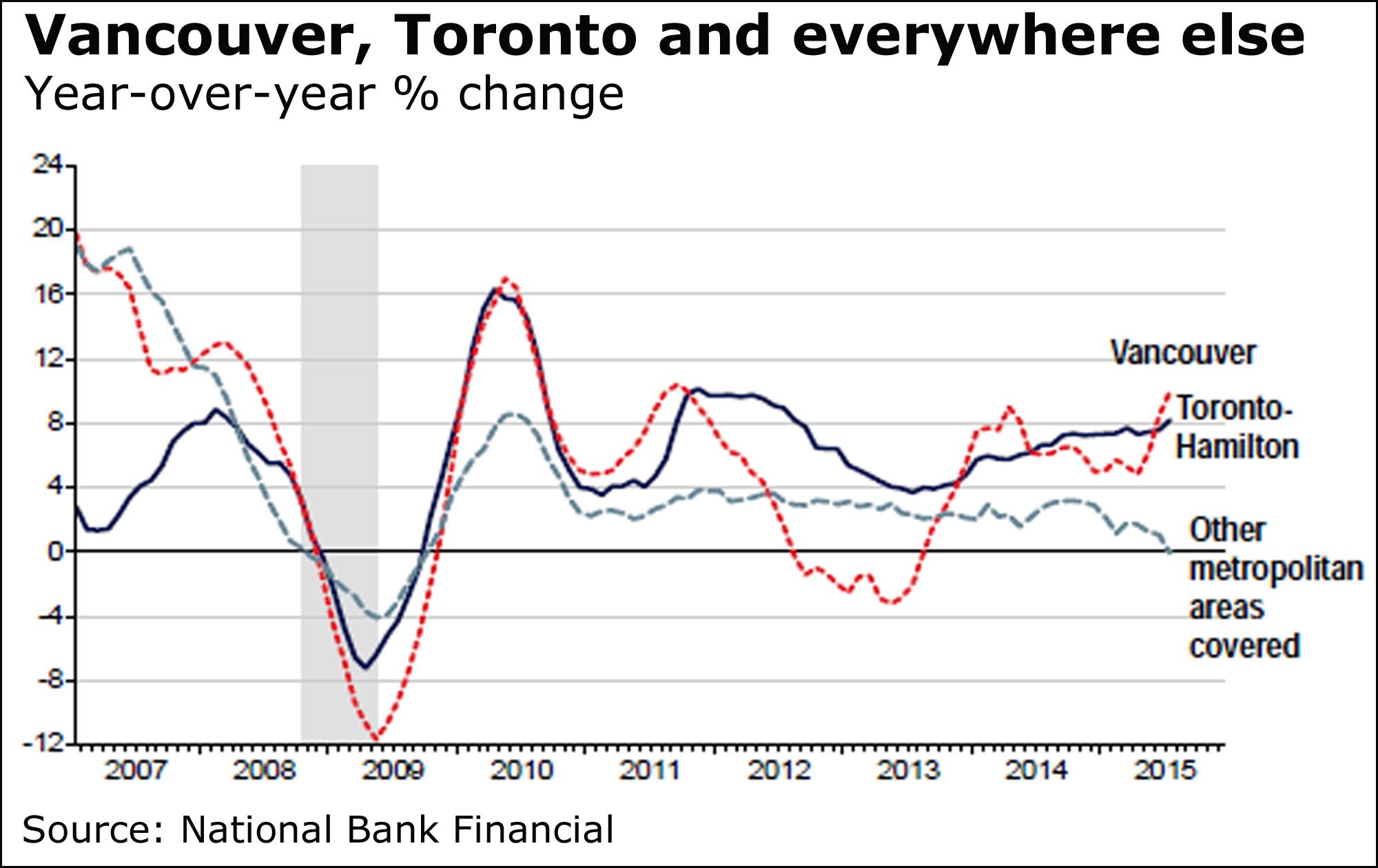 Compared to a year earlier, Calgary also took it on the chin, with prices slipping 2.3 per cent. Edmonton, however, fared better, with a gain of 1.9 per cent.

But Vancouver and Toronto are clearly where it’s at, with prices up 9.9 per cent and 8.4 per cent, respectively.

Markets plunged again today after a second cut to China's currency in as many days.

China's central bank did intervene in markets to stop the yuan from slipping further, but there was damage across the board.

Here’s what observers are saying today:

“China’s second devaluation doesn’t have the same shock value but puts a big dent in the theory that Tuesday was just a one-off technical adjustment and not China joining the global currency war. If it is China using [foreign exchange] as a way to stimulate exports, more devaluation should be expected, piling the pressure on emerging currencies, commodities and U.S./European exporters.” CMC’s Mr. Lawler

“Certainly, as one would expect, the move has not been welcomed by the Fed given that it effectively strengthens the dollar and only invites additional disinflation but the jury is out on whether or not it will changing the trajectory of thinking by the decision makers in respect of imminent monetary tightening.” Brenda Kelly, London Capital Group

“China appears to have discovered a love for active [foreign exchange] intervention. Once is an experiment, but twice makes it a trend. The spectre of currency wars was worrying enough yesterday, but today it looks real enough to touch.” Chris Beauchamp, IG

“A second downward adjustment to the renminbi reference rate today suggests that policy makers are now more willing to give in to market forces than we had previously thought. That said, we still think the changes to the reference rate primarily reflect efforts to push ahead with financial reform rather than a concerted policy move to devalue the currency.” Julian Evans-Pritchard, Capital Economics

“Will the ... devaluation help? It should provide some better trade activity, and it doesn’t hurt that it is a step toward letting the market determine where the currency should be trading. Killing two birds with one stone?” Jennifer Lee, BMO Nesbitt Burns

Here’s something to add to the are-we-or-are-we-not-in-a-recession debate:

“It’s a ‘technical recession’ when somebody else has lost their job. It’s a ‘recession’ when you’ve lost your job. Canada hasn’t actually seen net job losses this year, so we’re not in recession, but obviously, output has been slipping in the first half.”

That’s from Avery Shenfeld, the chief economist at CIBC World Markets, adding his voice to the are-we-or-are-we-not question in a recent report.

Like Mr. Shenfeld, many Bay Street economists believe Canada isn’t in a recession, even though the economy contracted in the first quarter and is likely to take a second-quarter hit, as well.

Which would mean it meets the “technical” definition.

But these economists say there’s so much more to a recession than just two negative quarters, and many observers agree.

The weaker Canadian dollar could take “a bit longer” to come to the rescue by boosting exports, Mr. Shenfeld said. 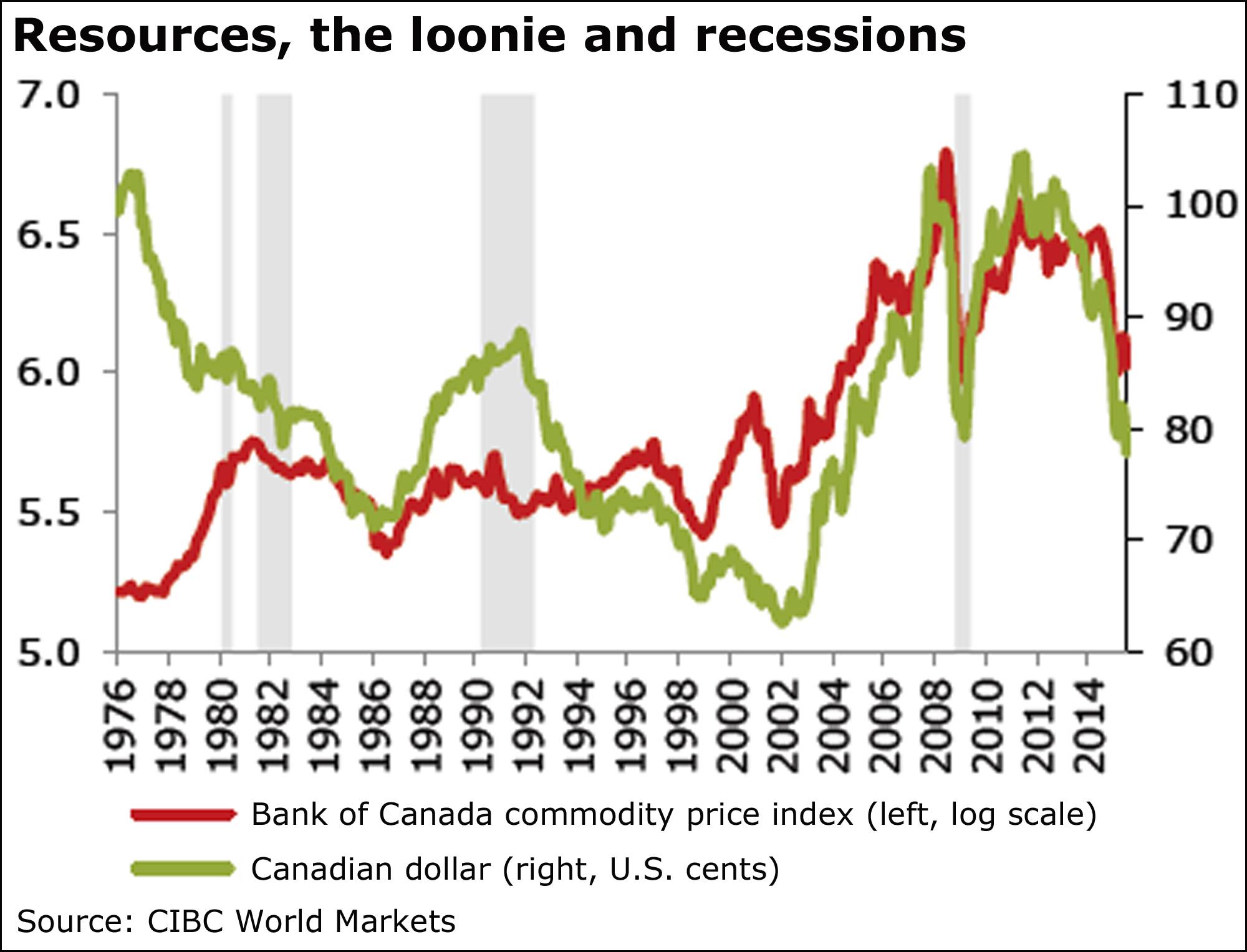 “But GDP growth in Canada will get a big lift once we move past the steepest quarterly declines in energy sector capital spending,” he added.

“Our updated growth forecast still has only a 1.1-per-cent pace for 2015, but as we move past the deepest part of the dive in energy sector capital spending, the recession talk should soon recede.”

There are other ways to look at this, as well.

Senior economist Robert Kavcic of BMO Nesbitt Burns pointed out that the jobless rates of Calgary and Toronto are now identical at 6.6 per cent. 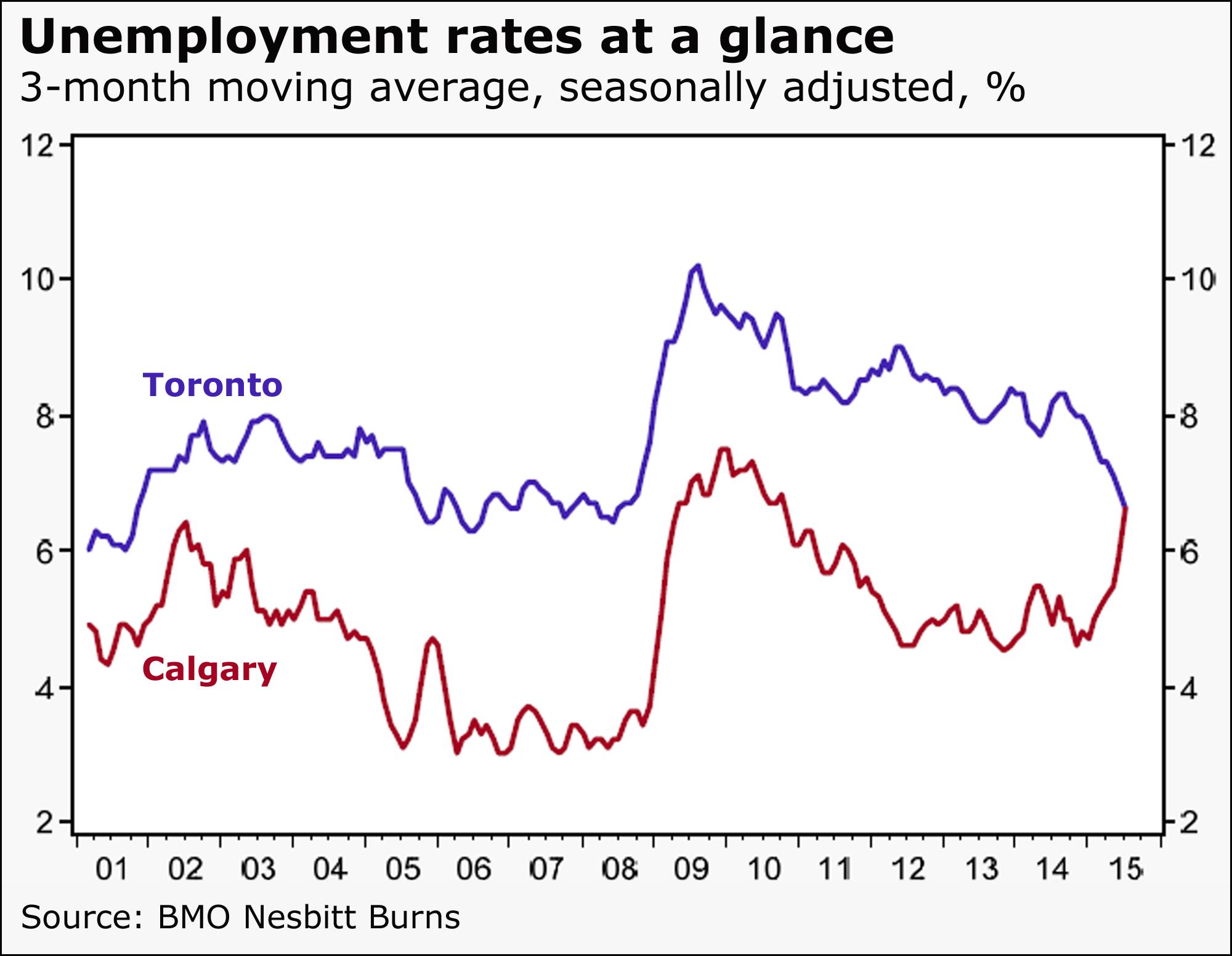 That’s the result of unemployment in Calgary jumping 1.7 percentage points in the last year amid the oil shock, while the jobless rate in Toronto eased by 1.6 points to its lowest level in seven years.

“This conveniently highlights the impact of the oil price collapse on regional economic prospects, and also reinforces the point that any ‘recession’ within these borders is highly localized,” Mr. Kavcic said.

Pop and rock’s percentage of Canadian recording sales in 2013, followed at 6.2% by country and folk - Statistics Canada