These are stories Report on Business is following Monday, March 16, 2015.

All eyes on Fed
The Canadian dollar hovered just above the 78-cent mark today as a crucial week for financial markets began.

Key is Wednesday's statement from the Federal Reserve, which may signal when the U.S. central bank plans its first interest rate hike and could affect the fate of currencies around the world.

"Markets appear to be factoring in a change of phraseology from the Fed as expectations of a U.S. rate change have moved as close as June judging by comments from some institutions."

Up to this point, the Fed has said it will be "patient" in determining when to raise its benchmark rate.

If it removes that word from its statement, as many observers believe it will on Wednesday, that will signal a sooner-rather-than-later rate hike of just a few months away.

"We expect the Fed to remove 'patient' from the statement, effectively opening the door to a June hike, which is our long-held call," said Sue Trinh, the senior currency strategist at Royal Bank of Canada in Hong Kong.

If that indeed happens, the U.S. dollar could rise, and the Canadian currency sink.

The loonie, driven down by the rise in the U.S. dollar and the collapse in oil prices, actually slipped to just under 78 cents U.S. on Friday.

Currency markets have been roiled of late, bounced around by everything from oil and the U.S. dollar's strength to the bond-buying stimulus program, known as quantitative easing or QE, launched by the European Central Bank.

Indeed, the euro has tumbled, as well, sinking close to parity with the greenback.

All of which also raise interesting questions for the U.S. dollar going forward.

This week's Fed meeting should start a "countdown to the most awkward Fed tightening cycle" in at least three decades, strategists at JPMorgan Chase & Co. said in a recent report.

"Unemployment is indeed falling rapidly, yet inflation is lower, growth weaker and the dollar much stronger than ahead of the 1987, 1994, 1999 and 2004 hikes," they said.

"The dollar, however, is undeterred by the possibility of Fed limits," the JPMorgan analysts added.

"The index has reached levels and is exhibiting momentum similar to the mid-80s and late-90s. Those eras were bull markets to some but bubbles to others."

They were referring to a JPMorgan index that tracks the value of the U.S. dollar against other currencies.

"By the usual standards by which history judges financial market cycles, the dollar appears to be in the early stages of morphing from a compelling long-term investment into a questionable one unless the Fed can deliver 3.5-per-cent cash rates," they said, referring to the U.S. central bank's benchmark rate that now stands at effectively zero.

"But like every bubble, the catalysts for reversal seem like 2016 events, either because the Fed pauses after its initial hike, the ECC/BoJ talk of tapering [QE], or [emerging market] growth turns up broadly."

Of course, there's much more at play here as we move into mid-March.

"Crude oil is retesting the cyclical lows again and may tip the balance on high yielders," Kit Juckes and Alvin Tan of Société Générale said in a research note today.

"The Canadian dollar as such remains exposed, while NOK will track oil just as it always does," they added, referring to Norway's krone.

Valeant today boosted its bid for Salix to $173 (U.S.) cash a share from $158, a move aimed at besting a cash-and-stock offer for Salix from Endo International PLC, The Globe and Mail's Bertrand Marotte reports.

And that's just what happened, as Endo bowed out today.

"While we are disappointed with this outcome, we have been and will continue to be disciplined in our approach to potential acquisitions," Endo said in a statement.

The Valeant-Salix deal is now valued at $11.1-billion, excluding debt.

The break fee in the deal has also been upped by $100-million to Salix.

Merger in question
And here's one deal that couldn't be, um, cemented.

A proposed merger of Holcim Ltd. and Lafarge SA, which would have formed the world's biggest cement company, is in tatters today after Holcim said it wants changes or the deal's off.

"The Holcim board of directors has concluded that the combination agreement can no longer be pursued in its present form, and has proposed to enter into negotiations in good faith around the exchange ratio and governance issues," the company said in a statement.

"Lafarge has indicated that it refuses to renegotiate, except the exchange ratio."

The deal struck last summer, valued at €42-billion, or about $44.3-billion (U.S.), comes amid changing fortunes for the two companies.

According to sources quoted by The Wall Street Journal, that proposed new ratio would be 0.875 of a Holcim share, which would mean its stockholders would own more of the merged concern.

The report also said Holcim's board doesn't want Lafarge's chief executive officer, Bruno Lafont, to be at the helm.

"Lafarge's board of directors remains committed to the project that it intends to see implemented," Lafarge said in its own statement.

"The board said it is willing to explore the possibility of a revision of the parity, in line with recent market conditions, but it will not accept any other modification of the terms of the existing agreements."

Canadian investors cut their holdings of foreign securities by $10.8-billion in January, not quite undoing their $13.9-billion spending spree in December, Statistics Canada said today.

That was driven by a reduction of $10.2-billion in equities, the statistics agency said, and market the first monthly divestment since September of 2013.

Flowing the other way, foreign investors bought $5.7-billion in Canadian securities in January, nowhere near making up for the $13.5-billion sale in December.

That, Statistics Canada said, was pumped up by "record acquisitions" of provincial government bonds.

"Slumping oil prices and a weakening loonie are clearly making the TSX less appealing to foreigners."

Barrick eyes sale
Barrick Gold Corp. is looking at the possible sale of a Chilean copper mine that could raise some $1.5-billion (U.S.), The Financial Times reports today.

Barrick's sale of the Zaldivar mine could help it cut debt.

Among the potential buyers, the news organization said, are Chinese firms and X2 Resources, which is owned by Mick Davis. 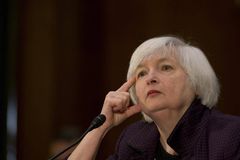 Why so much money is shorting the Canadian dollar
March 9, 2015