The end of restraint

It seems we’ve learned a thing or two from the Greek crisis.

Unfortunately for them, the Greeks learned the hard way that you don’t meet troubled times with austerity.

Now, having seen the ugly results, albeit in the extreme, the rest of the world has learned how brutal restraint can be at the wrong time.

The soon-to-be governing Liberals did get it, as did the governing New Democratic Party in Alberta.

The Age of Austerity, as we know it, is over. And not just in Canada. And that’s a good sign in terms of a struggling jobs market.

“The shift away from fiscal restraint and to at least mild stimulus is unfolding in many other developed economies,” said Douglas Porter, Bank of Montreal’s chief economist.

“Arguably most famously, Canada’s new Liberal government was elected on an aggressive economic plan to run budget deficits of nearly $10-billion in the next two years versus current small surpluses, representing net new stimulus of more than 0.5 per cent of GDP,” he added in a recent report.

“While we would quarrel (perhaps strenuously) with the spending-heavy nature of the plans, the moves would give at least a temporary lift to growth next year and run in the precise opposite direction of federal restraint of the past five years.”

By that, of course, Mr. Porter meant the tight purse strings of Stephen Harper’s former government.

I still question Justin Trudeau’s pre-election accusation that the Conservatives “helped” drive the country into a recession in the first half of the year.

The oil shock did that, although the government’s refusal to join the Bank of Canada in its stimulus efforts didn’t help, and likely played at least some role as the Conservatives raced to balance the books and prove what brilliant CEOs they could be in the run-up to the Oct. 19 election.

Note, too, that the first budget from Alberta Premier Rachel Notley, whose province is in recession, is aimed at juicing the economy via spending.

There’s a time and place for balanced budgets. But now's not the time, and Canada’s not the place. Here’s why:

The economy contracted in the first half of the year. Indicators suggest it perked up in the third quarter, but the forecasts for going forward are hardly robust.

Most importantly, unemployment stands at 7.1 per cent, and projections from private economists indicate it’s going to remain at around that level for some time. In Alberta, the jobless rate has spiked to 6.5 per cent.

Here’s where it gets a little bit complicated, but just a little.

But, as The Globe and Mail’s Rachelle Younglai reports, a follow-up and more in-depth look by the federal agency, which was released last week, showed a whopping loss of almost 60,000 jobs in August.

“Unless some of the drop is revised away or we see a bounce-back in later months, it could a sign that the economy is weaker than what the less-reliable [labour force survey] is telling us.” 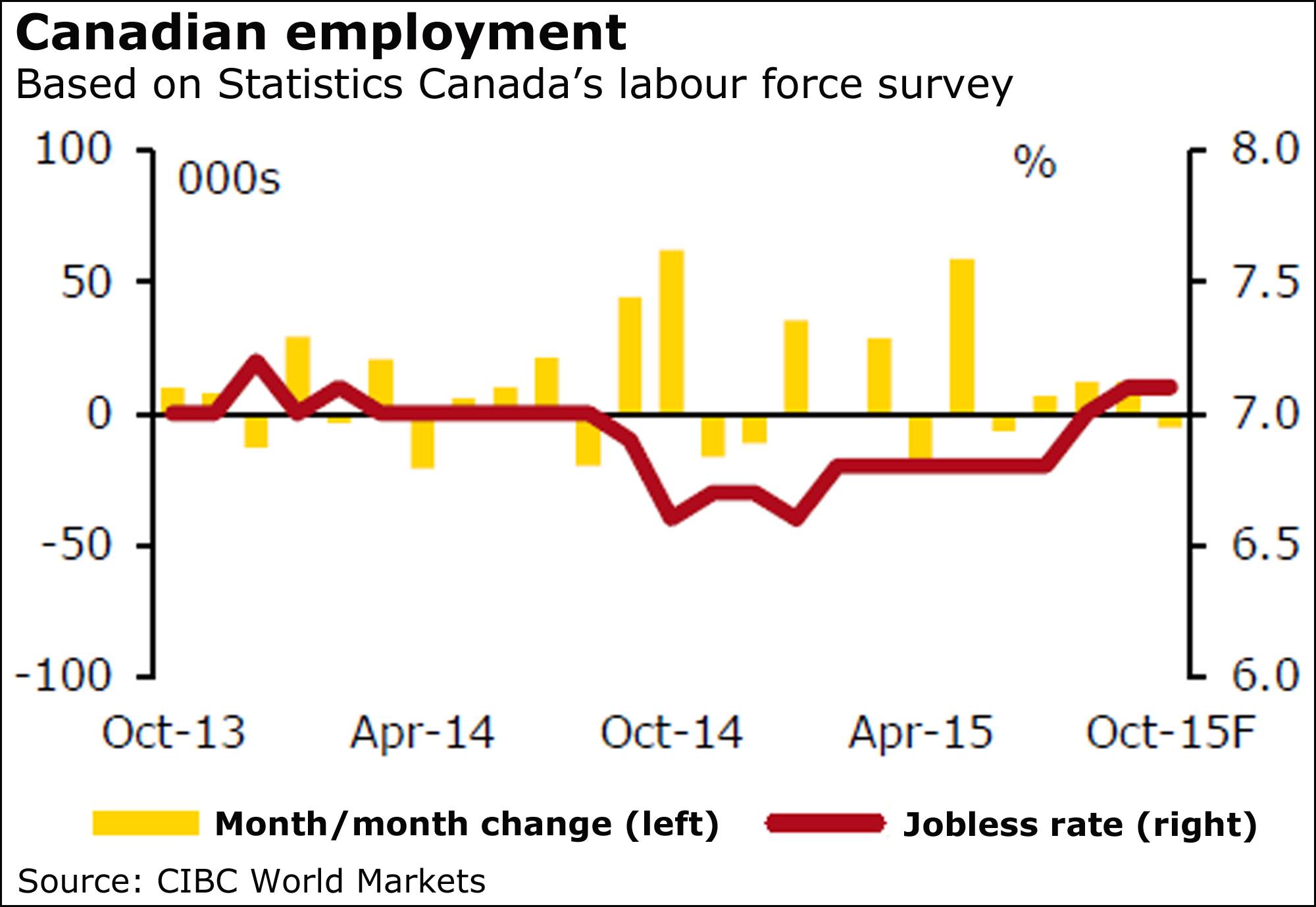 The reason that’s only a bit complicated is because the bottom line is still a country struggling with high unemployment and slower growth.

“There have been some voices (yes, including ours on occasion) calling for fiscal policy to lend a helping hand to growth, so that monetary policy did not have to carry the ball alone,” said BMO’s Mr. Porter.

“It appears that the message has been heard, and the wheel is turning,” he added. “Ultimately, this important shift could begin to lift long-term rates off the bottom, insofar as it is successful in helping boost growth and raising public sector borrowing.”

The more miserly Conservatives are practising in exile.

Investors are going to be bombarded with corporate earnings reports, though the week will close out with the key labour market readings in both Canada and the United States.

We’ve already seen many such reports, and the results are mixed.

“The overall tone to the flood of earnings reports generally echoes what we’ve been seeing in the broader U.S. economy,” said senior economist Robert Kavcic of BMO Nesbitt Burns.

“With roughly two-thirds of the S&P 500 now reporting, Bloomberg’s tally pegs overall earnings down about 1 per cent from year-ago levels,” he added.

“Taking expectations into account, however, the share of surprises relative to misses is back above the average seen so far during this cycle. Of course, the broad S&P 500 earnings tally includes a near-50-per-cent year-over-year dive in energy sector earnings, and removing that group would leave ex-energy earnings up a healthier 5 per cent year over year.”

As Mr. Kavcic also pointed out, several companies have been “bogged down” by the strong U.S. dollar. 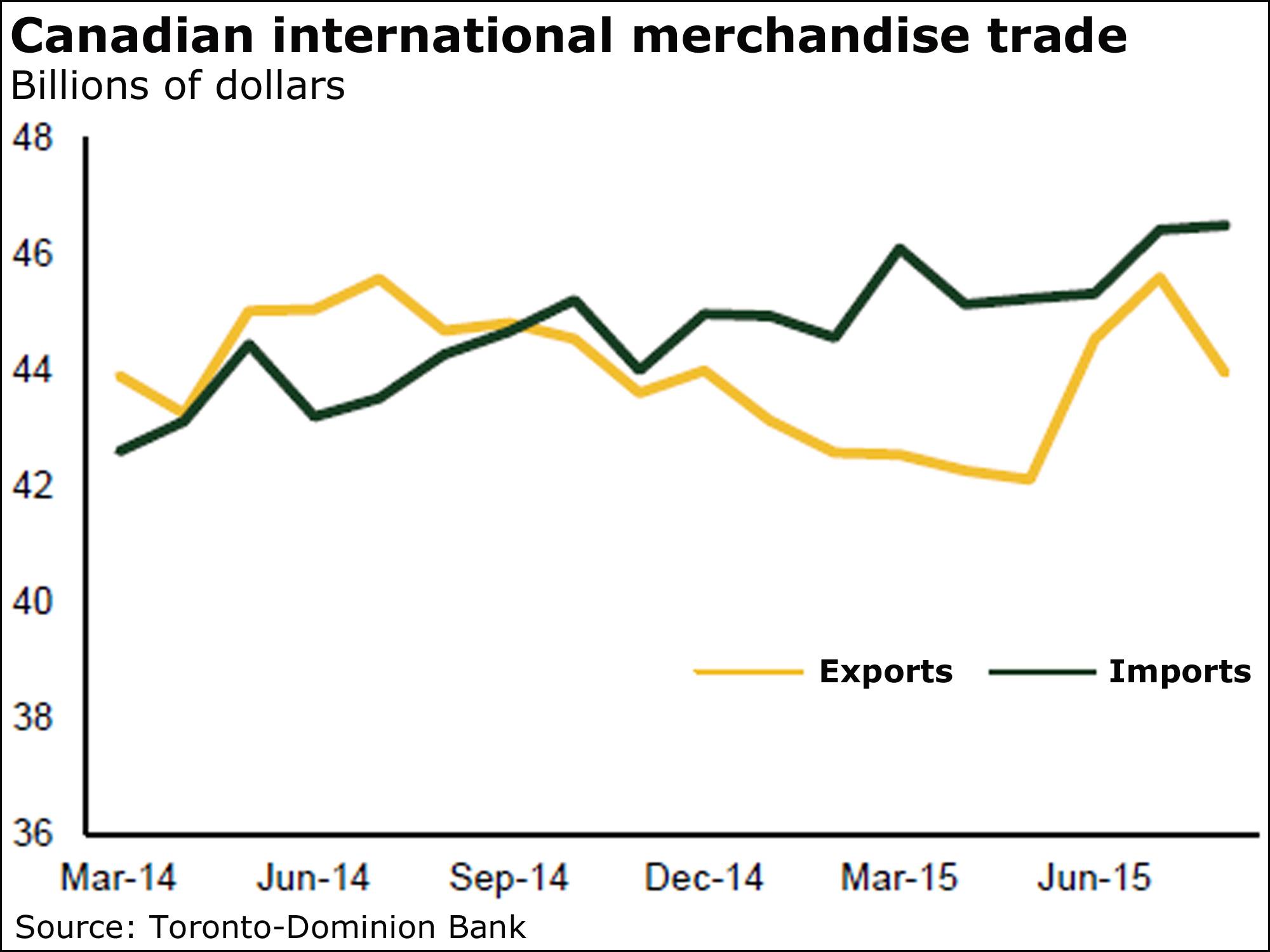 On the economic side, Wednesday brings September trade reports in Canada and the U.S.

In Canada, economists expect the report to show a slight narrowing in the trade deficit to somewhere in the $2-billion range, with a better showing on the export side.

“After taking into account changing prices, export volumes are forecast to be more subdued but will still be consistent with the Bank of Canada’s non-energy export-led growth narrative,” said economists at Toronto-Dominion Bank.

Then on Friday, there’s the you-never-know-what-you’re-gonna-get jobs report, with forecasts ranging from a loss of 5,000 positions to a gain of 10,000 in October.

“We expect that the well-advertised energy sector layoffs will feed through to readings on the labour force this month and result in a slight decline in employment,” said Royce Mendes of CIBC World Markets, who expects any losses to be led by Alberta and Saskatchewan.

“The jobs market help up relatively well during this most recent period of economic weakness,” he added.

“We continue to expect that the economy will gain momentum next year as the benefits from the weaker loonie to exports and manufacturing begin gaining steam over the next few months.”

Economists expect the U.S. report to show a gain of about 180,000 jobs last month, and an unemployment rate possibly dipping to 5 per cent.