What the central bank frets about

Emanuella Enenajor has built a chart that’s guaranteed to keep the Bank of Canada “up at night.”

It’s this graphic below, which shows capital spending and production in the manufacturing sector, Canada’s great hope given what should be a boost from the weak loonie.

It’s also hoped that a pickup in manufacturing could help offset the dramatic impact of the oil slump. 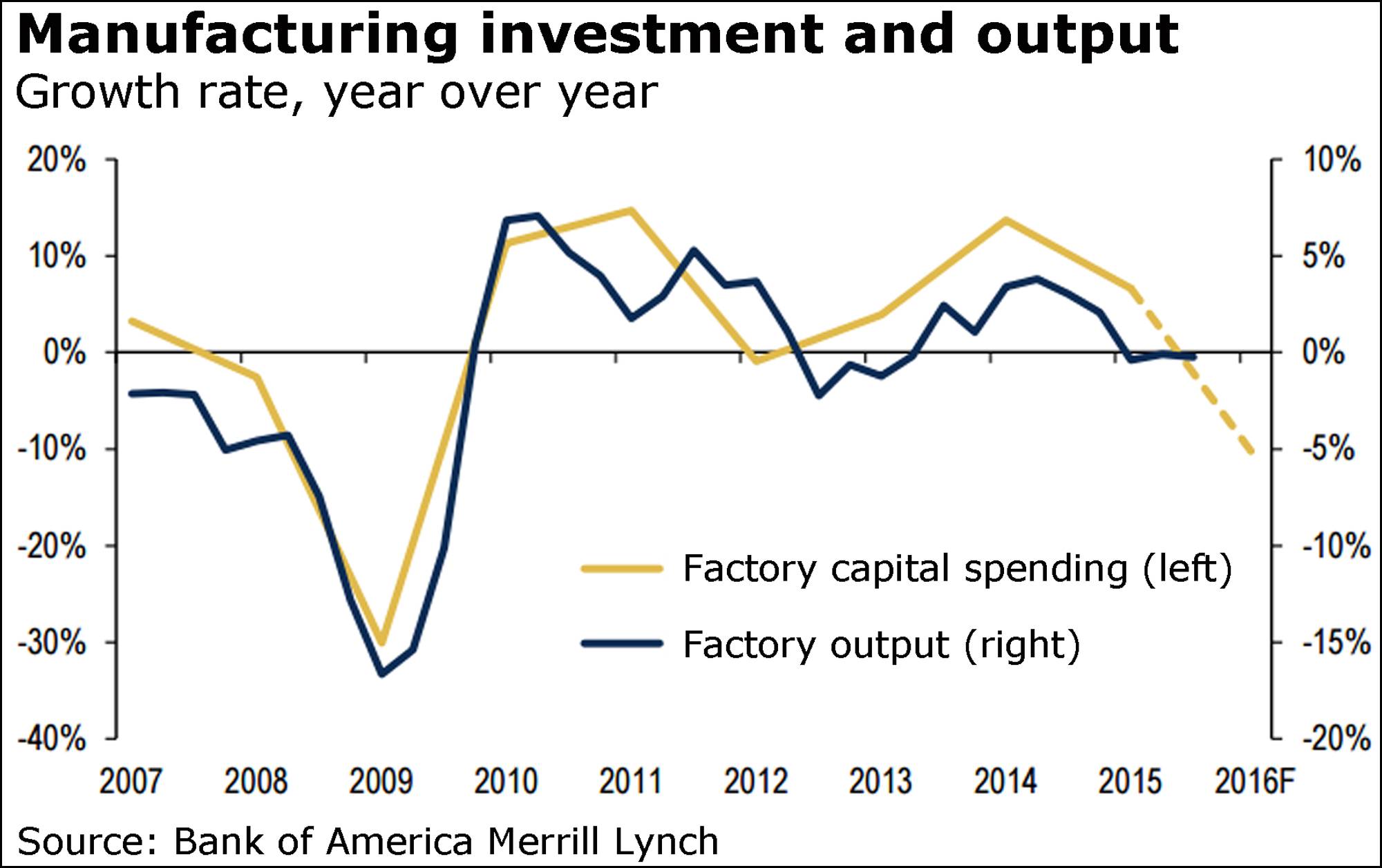 “In theory, a weaker currency is a competitive advantage for exporting manufacturers,” said Ms. Enenajor, the North America economist at Merrill Lynch, noting the 23-per-cent depreciation in the Canadian dollar since 2013.

However, she said in a research note, a recent survey from Statistics Canada pointed to a “surprisingly weak” outlook for capital spending among manufacturers, which expect to cut back by 11 per cent from last year.

Markets expected that survey to show a decline in the embattled oil patch, but the severity on the manufacturing side took economists by surprise.

“This is the weakest reading since the end of the recession,” Ms. Enenajor said.

“Furthermore, the result is negative for manufacturing production, as factory [capital spending] is closely correlated with factory production.”

Ms. Enenajor projected Canada’s economy will expand by 1.8 per cent this year, but that’s threatened by how much businesses invest.

“The economic recovery will likely be supported by services and other sectors, with manufacturing looking increasingly uncertain.”

She doesn’t expect that the central bank is leaning toward cutting interest rates, though, as such a move could juice already hot housing markets.

Canada’s manufacturers got another dose of bad news today as Statistics Canada reported that factory sales fell in March, by 0.9 per cent, for the second month in a row.

Shipments dropped in 16 of 21 industries measured, accounting for about 88 per cent of all manufacturing.

The heftiest drop was in Ontario, down 1.9 per cent, the agency said.

New orders slipped 2.2 per cent to their lowest since September, 2013, and unfilled orders fell 3 per cent.

While the overall decline wasn’t as big as economists had expected, the report still underscored the troubles.

“It will take time and a cheap currency for the long term to regain manufacturing capacity and output, and March is another data point that highlights that Canadian factories still face headwinds,” said economist Nick Exarhos of CIBC World Markets. 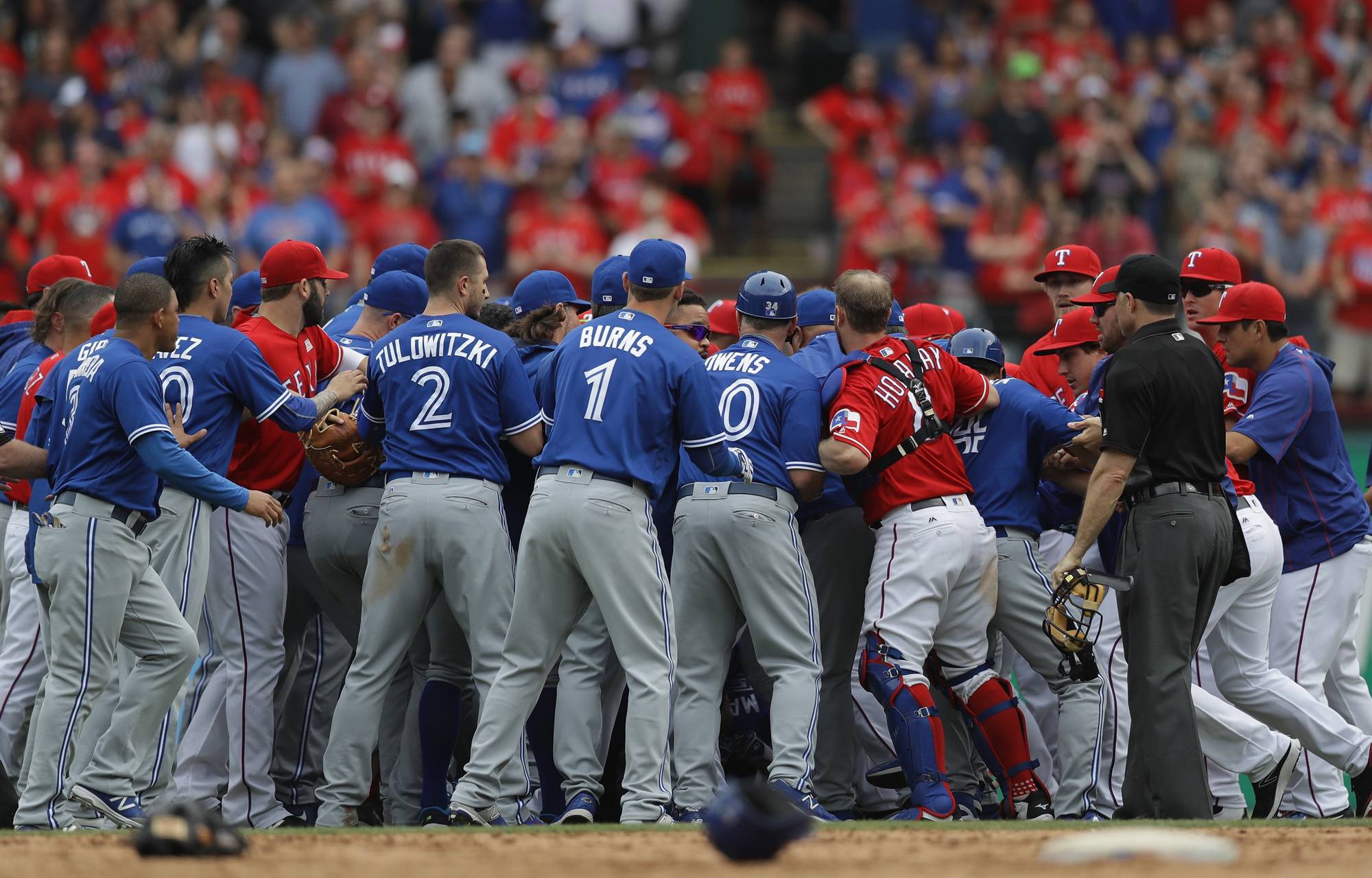 “Come on, this isn't hockey. We're not even in Canada.”

The wildfires raging in Alberta are wreaking havoc on Canada’s oil sands again.

Suncor Energy Inc. said today it had complied, and also “started a staged and orderly shutdown of our base plant operations.

The trouble in Alberta is helping to drive oil prices closer to the $50-a-barrel (U.S.) mark.

Analysts had been assuming that production would gradually restart, Olivier Jakob of Petromatrix said today, before the latest evacuations.

“This highlights how volatile the situation remains, and with the false restarts we have to start assuming the lower-for-longer scenario for Canadian production,” he said.

Hudson’s Bay Co. is moving forcefully into the Netherlands, unveiling plans today for as many as 20 new shops over two years.

The Canadian retailer will open its first stores there next summer, under both its iconic Hudson’s Bay and Saks Off 5th banners.