The loonie is hovering at just below the 70-cent mark again today, and oil only topping the $30-level, both helping Canadians in some ways but cutting deeply in others.

Which is why Bank of Montreal has titled its latest research note “Loonie and oil: Double jeopardy?”

But the collapse in oil prices is also crushing Alberta’s economy and spreading to other sectors.

Where the Canadian dollar is concerned, the plunge may be helping Ontario manufacturers, just for example, but we’re paying higher prices for imported goods.

And then there’s the psychological level. 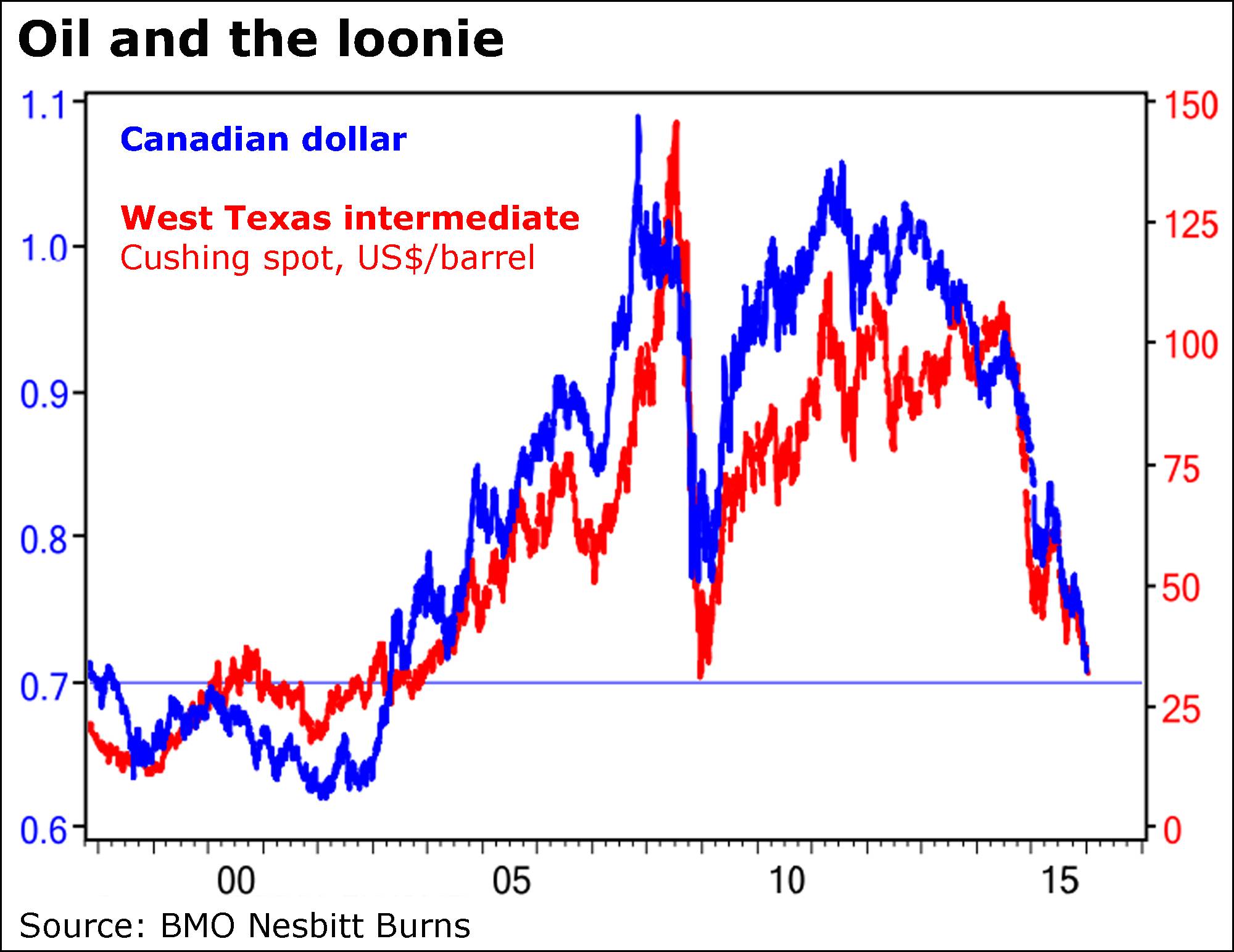 “Consumers benefit a tad, from the drop in energy prices, but are no doubt hurt by the dollar’s slide,” said BMO Nesbitt Burns chief economist Douglas Porter, noting the “nasty” 70-per-cent plunge in oil over the course of about 18 months and the equally “nasty” 30-per-cent erosion of the loonie in almost three years.

This is all bound to have an impact not only on how we spend at the grocery store, and where we vacation, but also on the Canadian psyche in yet another ding to the broader economy.

“The blaring headlines about a sub-70-cent dollar are likely to clock confidence further,” Mr. Porter said.

“On top of sliding equity prices, the absence of pent-up demand, and record household debt levels, the deep dive in the Canadian dollar further weakens a soft outlook for consumer spending.”

“While we are always reminded that it is a mixed blessing, typical households can’t help but feel like something is amiss as the loonie falters.”

The 70-cent level is significant “in the same way most other milestone levels are,” said Bipan Rai, director of foreign exchange and macro strategy at CIBC World Markets.

“Additionally, it is consistent with where the loonie was trading before the commodity boom,” he added. “There are significant headwinds ahead for Canada but a period of consolidation would not surprise us as this move has been quite swift.” 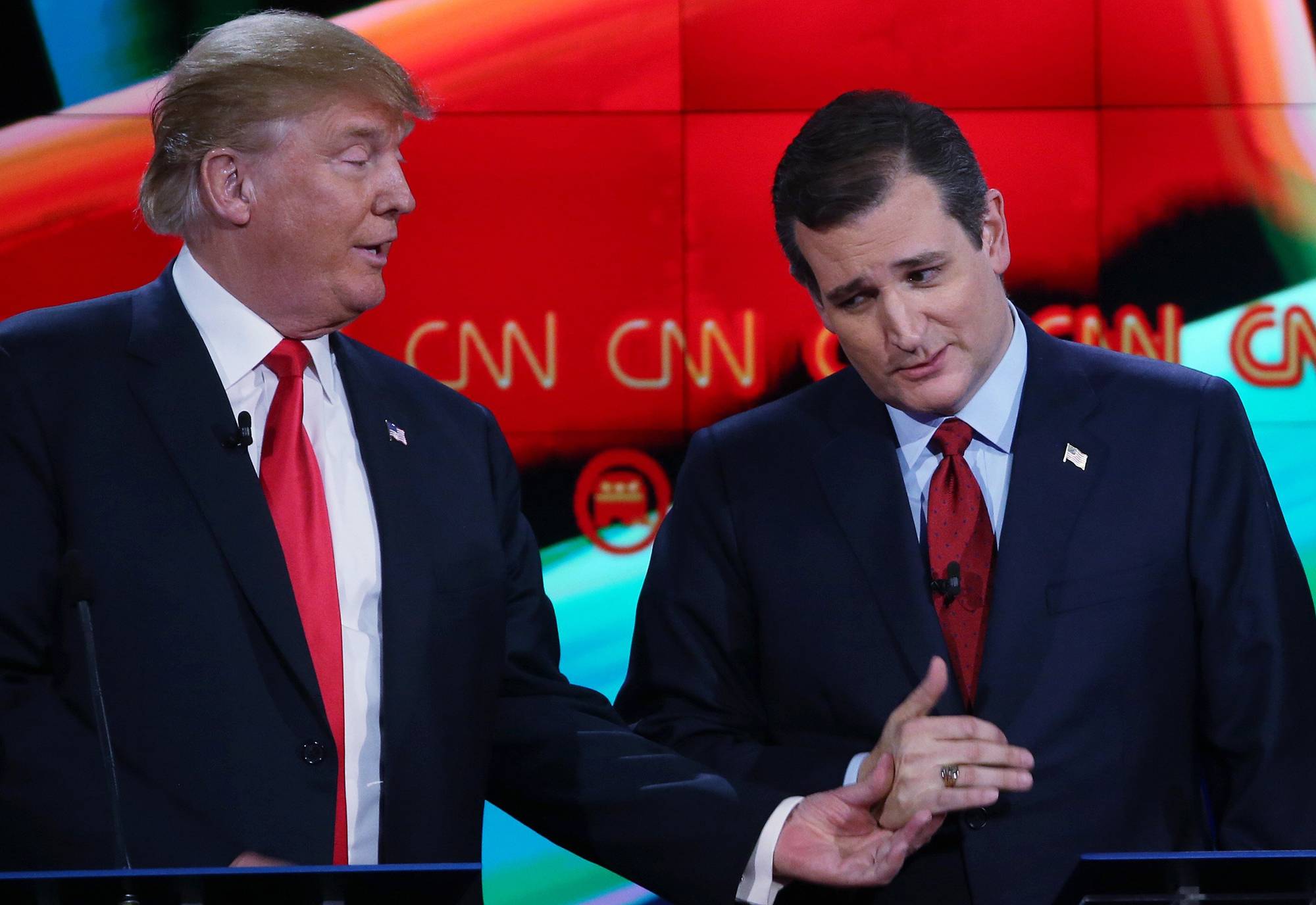 “You can’t be president because you were born in Canada. A low-dollar policy is in your genes.”

The price will be paid through a combination of $1.85-billion in cash and 71 million Corus class B shares at $11.21 per share. Both companies are ultimately controlled by the Shaw family of Alberta, but are separately listed on the Toronto Stock Exchange.

“This is a transformational acquisition that redefines Corus and Canada’s media landscape,” Doug Murphy, president and chief executive officer of Corus, said in a statement.

Sherritt International Corp. is taking a big hit on a joint-venture nickel project in Madagascar.

The Canadian miner said today it expects an impairment of $1.6-billion on the Ambatovy project because of lower projections for nickel prices.

The total hit on the project is about $2.4-billion (U.S.). Sherritt’s lower number is based on its share, it said, citing a long-term nickel price forecast of $8.50 a pound.

Alberta’s real estate market is bracing for its worst year since the global financial crisis as hopes dim that an economic recovery can stave off a broad housing correction, The Globe and Mail’s Tamsin McMahon reports.

In Calgary, homes prices are expected to fall 3 per cent this year, according to a new forecast from real estate firm Royal LePage, as job losses mount, vacancy rates rise and sellers adjust to the reality that their homes aren’t worth what they were even a year ago.

Prices should fall 2 per cent in Edmonton, which until recently had been shielded from much of the energy sector’s woes.