These are stories Report on Business is following Monday, May 5, 2014.

According to the latest findings from the Organization for Economic Co-operation and Development, women do far more housework in an average week than do men. And, for that matter, more than their peers in other OECD countries.

Canada scores high in an OECD study of well-being, released today, but lags in one notable area: Work-life balance.

The country scores above the average of 36 countries measured in the areas of housing, "subjective" well-being, personal security, health status, income and wealth, social connections, environmental quality, jobs and earnings, education and skills, and civic engagement.

In work-life balance, Canada ranks below the average.

Canadian women do 35 hours a week of housework, higher than the 32 for all OECD nations. Men do 20 hours, or less than the 21 across the OECD. That hasn't changed since last year's study.

At the same time, the wage gap between men and women not only persists, but it's higher in Canada than the OECD average, at 19 per cent here compared to 16 per cent for the group of countries studied.

Where rates of employment are concerned, Canada's 79 per cent for women match the OECD number, while the 85 per cent for men is slightly below the OECD's 88 per cent.

"Gender gaps in well-being, typically in favour of men, have declined in most OECD countries, including in Canada," the OECD said.

"Despite these gains, Canadian women are still less likely than men to have a paid job or be elected to Parliament, and more likely to spend many hours performing household tasks or to feel insecure when walking alone at night. A small share of Canadian women report having experienced intimate partner violence."

Target CEO leaving
Target Corp. is parting ways with its chief executive officer, leaving, among other things, a sticky situation in Canada for whoever takes his place.

The replacement of Gregg Steinhafel follows a huge data breach at the U.S. retailer, which the company mentioned today without providing a reason for his departure, The Globe and Mail's Marina Strauss reports.

"Most recently, Gregg led the response to Target's 2013 data breach," the company said in a statement that also listed his many accomplishments.

"He held himself personally accountable and pledged that Target would emerge a better company."

The retailer said that both the board and Mr. Steinhafel agreed the time is right, and that chief financial officer John Mulligan would serve as interim CEO.

Target also faces a challenge in its expansion into Canada, which has stumbled.

Barron's pushes Keystone XL
The Canadian government is "well justified" in ramping up its pressure on the U.S. government to approve the controversial Keystone XL pipeline, the influential business publication Barron's says.

"As the U.S. State Department concluded last year, demand for oil is still holding prices high, so Alberta's tar sands will be mined, transported, refined, and sold somewhere and somehow. It doesn't make any difference whether the U.S. is the chief customer or not," writes editorial page editor Thomas Donlan.

"Thus, there won't be any additional carbon dioxide generated if the U.S. follows its clear economic and geopolitical interests and allows the pipeline to be built."

Citing a recent Canadian campaign, Barron's points out that "polite, positive" ads don't generate the same amount of pressure as the activists do. It also notes the most recent delay in the TransCanada Corp. project.

"The Obama administration has been dragging its feet for years, and Harper is well justified in turning up the heat," Barron's says, referring to Prime Minister Stephen Harper.

"After all, this is a government of grass in the wind, which bends when pressured.

As Barron's sees it, it's a caught-between-Scylla-and-Charybdis issue for the U.S. government, which wants to curry favour with organized labour over the jobs the project would bring, and at the same time pander to environmentalists.

The EC, the executive arm of the 28-country European Union, forecast today that the euro zone's inflation rate will land at 0.8 per cent this year and 1.2 per cent next. Both figures are well below the ECB's target rate of close to 2 per cent, and the downward revisions come as more evidence emerged that the euro zone's deflationary pressures are still fully intact, despite rock-bottom interest rates, the end of the euro zone's recession and slightly lower jobless figures.

The ECB's governing council meets Thursday to set rates, which are expected to stay unchanged at 0.25 per cent. But at last month's meeting, ECB chief Mario Draghi admitted that a long period of stagnation in the euro zone is his "biggest fear." The ECB is examining various inflation-busting measures, including quantitative easing and charging interest on commercial bank deposits held by the ECB.

Petronas has asked the province to hammer out details of a tax to be levied against proposed B.C. LNG export terminals while the government has requested that the Malaysian firm ramp up efforts in the race to export B.C. LNG. Both sides agreed to assign officials to prepare terms of reference by June 30 and then have a project development agreement in place by Nov. 30.

A joint venture led by Petronas plans to make a final investment decision by the end of 2014 on whether to forge ahead with multibillion-dollar plans to transport northeast B.C. natural gas to a proposed LNG export terminal on Lelu Island. 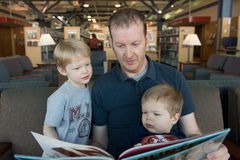 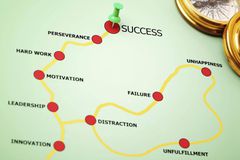