Amid all the angst over swelling consumer debt and surging house prices in Toronto and Vancouver comes this from National Bank Financial: Those home buyers aren’t reckless.

“Despite a collapse in oil prices in 2015, home prices in these two metropolitan areas baffled expectations with another year of strong increases.”

Those soaring prices are “a sure sign of speculation” among some observers, Mr. Marion said in a research note, but such “alarmists” aren’t noting the growing populations in the two cities, which support property markets. 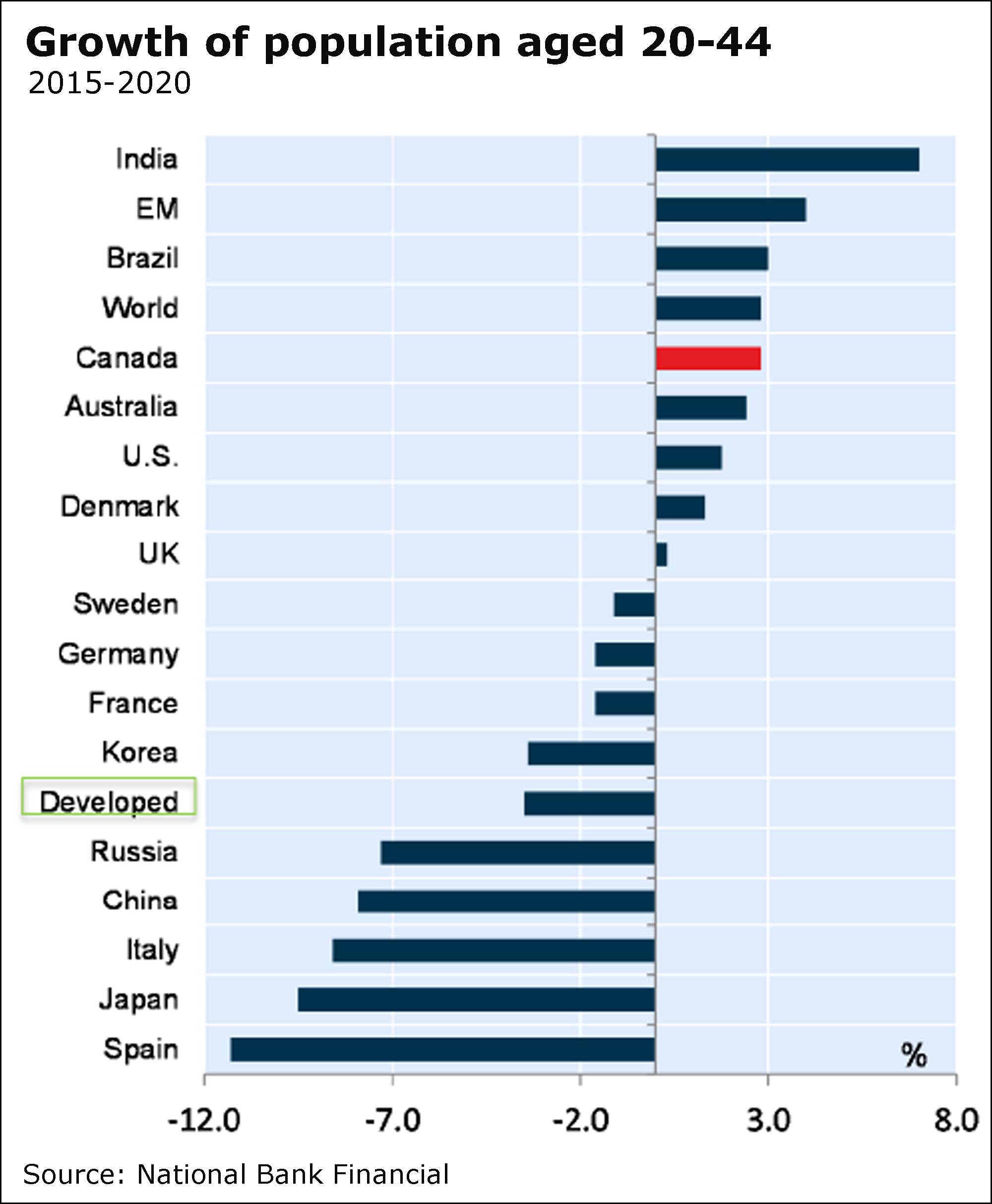 In both cities, he said, the working-age population is rising at a pace that is 70 per cent above the national average. That’s partly because of highly educated immigrates who can find jobs in Toronto and Vancouver, where employment has also climbed.

“If your population aged 20-44 is growing, you have it. If it’s not, home price inflation is not sustainable.”

He cited the fact that Canada has a fast pace of household formation compared to other countries in the Organization for Economic Co-operation and Development, and that’s going to continue. 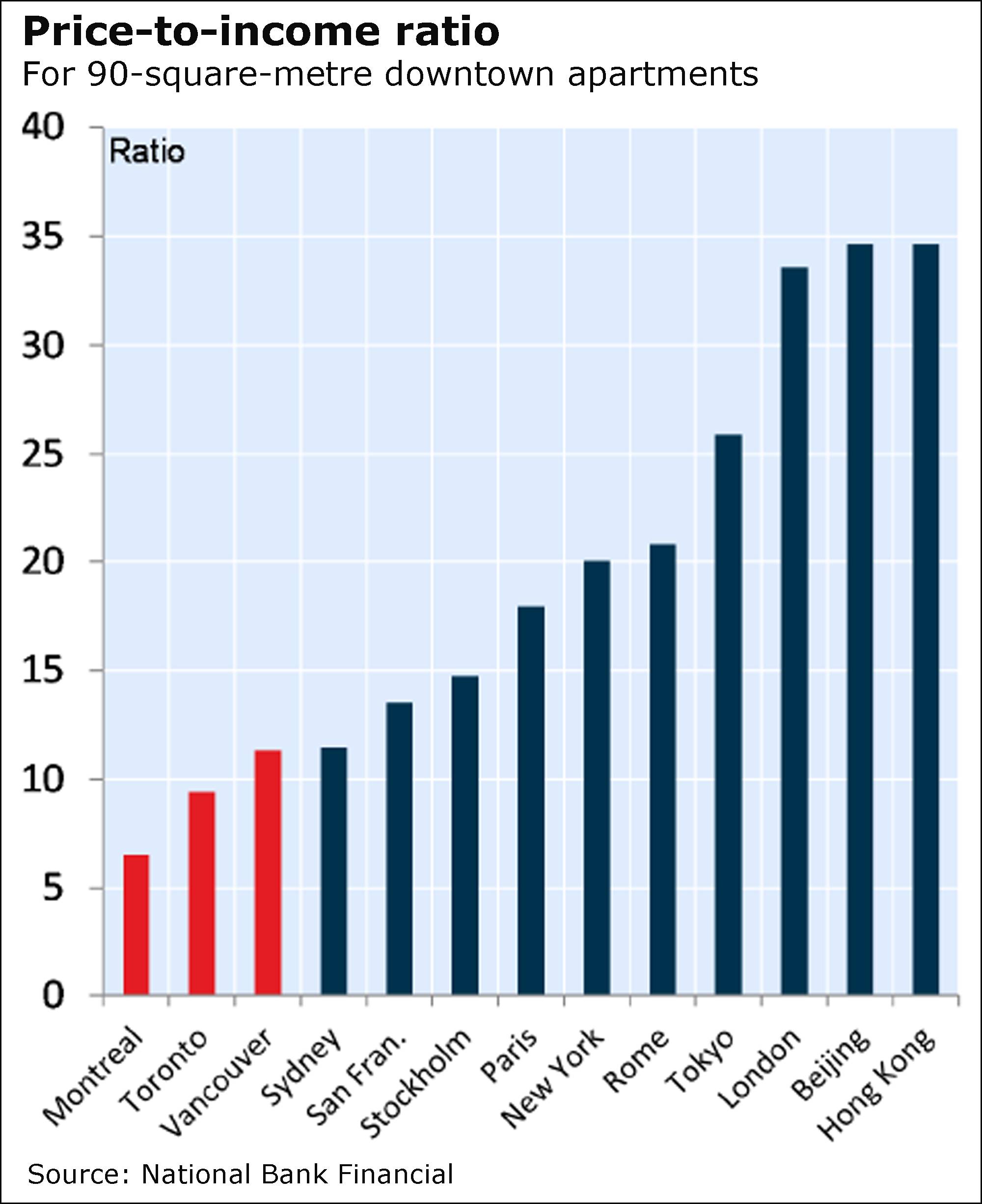 Not only that, he also noted that “current price-to-income ratios for 90-square-metre downtown apartments in Canada’s three biggest cities are certainly not out of line with ratios observed elsewhere around the world.” 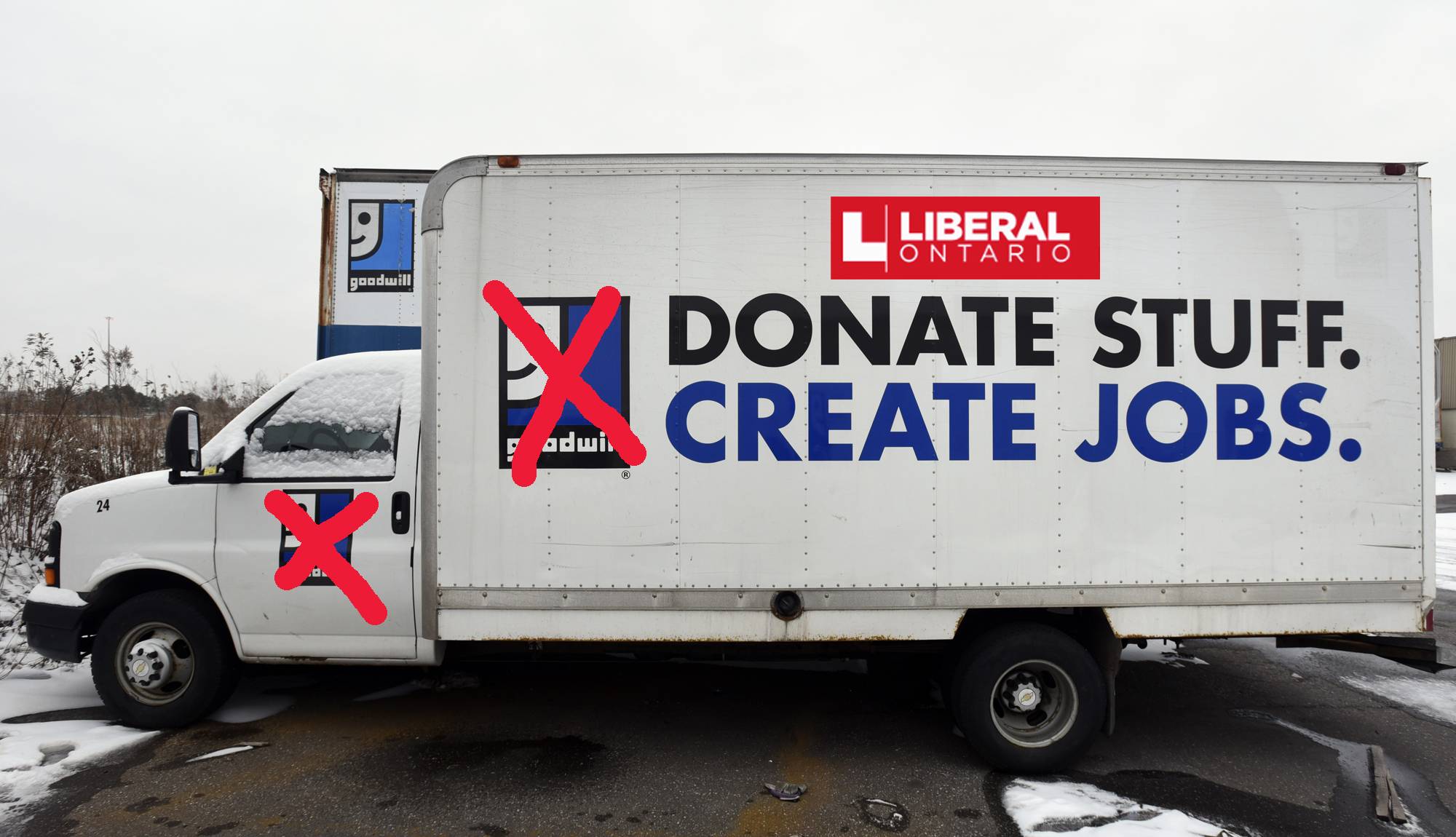 Canada’s economy kicked off the year in fine fashion, expanding by 0.6 per cent in January for the fourth consecutive month of growth.

That’s good news for an economy that has been troubled by the oil shock.

“Last year was a rough one for the Canadian economy, but 2016 is off to a roaring start,” said CIBC World Markets economist Nick Exarhos.

“Essentially all industries were up on the month save wholesale trade, which provided only a modest drag.”

Restaurant giant Cara Operations Ltd. is gobbling up popular chicken chain Groupe St-Hubert in a $537-million deal that adds to its stable of family-friendly dining establishments, The Globe and Mail’s Jacqueline Nelson reports.

The acquisition will add 117 new restaurants and help Vaughan, Ont.-based Cara corner the market on chicken dining, since it already owns Swiss Chalet, while providing a deep foothold to expand into Quebec.

For Laval, Que.-based St. Hubert, known for its rotisserie cooking and secret sauce, the agreement means joining the public markets after a long history of being privately held.

The British government may have poached Mark Carney for central bank chief, but we’ve grabbed the chef.

As The Globe and Mail’s Chris Hannay reports, Prime Minister Trudeau hired a new chef, Neil Dhawan, formerly of Earnscliffe, the home of the British High Commissioner to Canada.

Could you answer these job interview questions?