Toronto’s housing market is kicking off 2016 in fine form, but the areas surrounding the city are chalking up even more impressive gains.

Sales in the Greater Toronto Area rose 8.2 per cent in January from a year earlier, to 4,672, according to statistics released today by the Toronto Real Estate Board.

Average prices climbed 14.1 per cent, while the MLS home price index, which is deemed a better measure, showed an increase of 11.2 per cent.

But the suburbs far outstripped the city in terms of price gains, the numbers showed.

“The difference in the annual growth rates for the MLS [home price index] and average price was largely due to a greater share of high-end detached homes sold in the regions surrounding the city of Toronto this year compared to last,” the group said.

The price gains for semi-detached houses and townhouses were also greater in the 905, though those for condos trailed.

Among other interesting tidbits in today’s report:

“Buying intentions are strong for this year as households continue to see home ownership as an affordable long-term investment,” he added.

Toronto and Vancouver are the two Canadian cities most often cited for their frothy markets.

Lowe’s Cos. clearly doesn’t think Quebec sees Rona Inc. as a strategic asset this time around.

As The Globe and Mail’s Marina Strauss reports, the giant U.S. home improvement chain unveiled a $3.2-billion deal for its Canadian rival today.

It’s offering $24 a share in cash for Rona common stock, and $20 for the preferreds.

“The transaction is expected to accelerate Lowe’s growth strategy by significantly expanding our presence in the Canadian market through the addition of Rona’s attractive business and excellent store locations across the country,” Lowe’s chief executive officer Robert Niblock said in a statement.

“Importantly, the transaction also provides Lowe’s with entry into Quebec.”

Quebec, of course, was the problem last time around, in mid-2012, when the provincial government threw a hissy fit and then finance minister Raymond Bachand deemed Rona of “important strategic interest.”

The Americans aren’t the only ones doing deals today.

As Reuters reports, China is on the hunt for food security, and gets Syngenta’s technology and know-how with this deal.

New Brunswick kicked off the provincial budgets yesterday ... with a tax hike.

“And so continues the trend of a rising tax burden at the provincial level,” said BMO Nesbitt Burns senior economist Robert Kavcic. 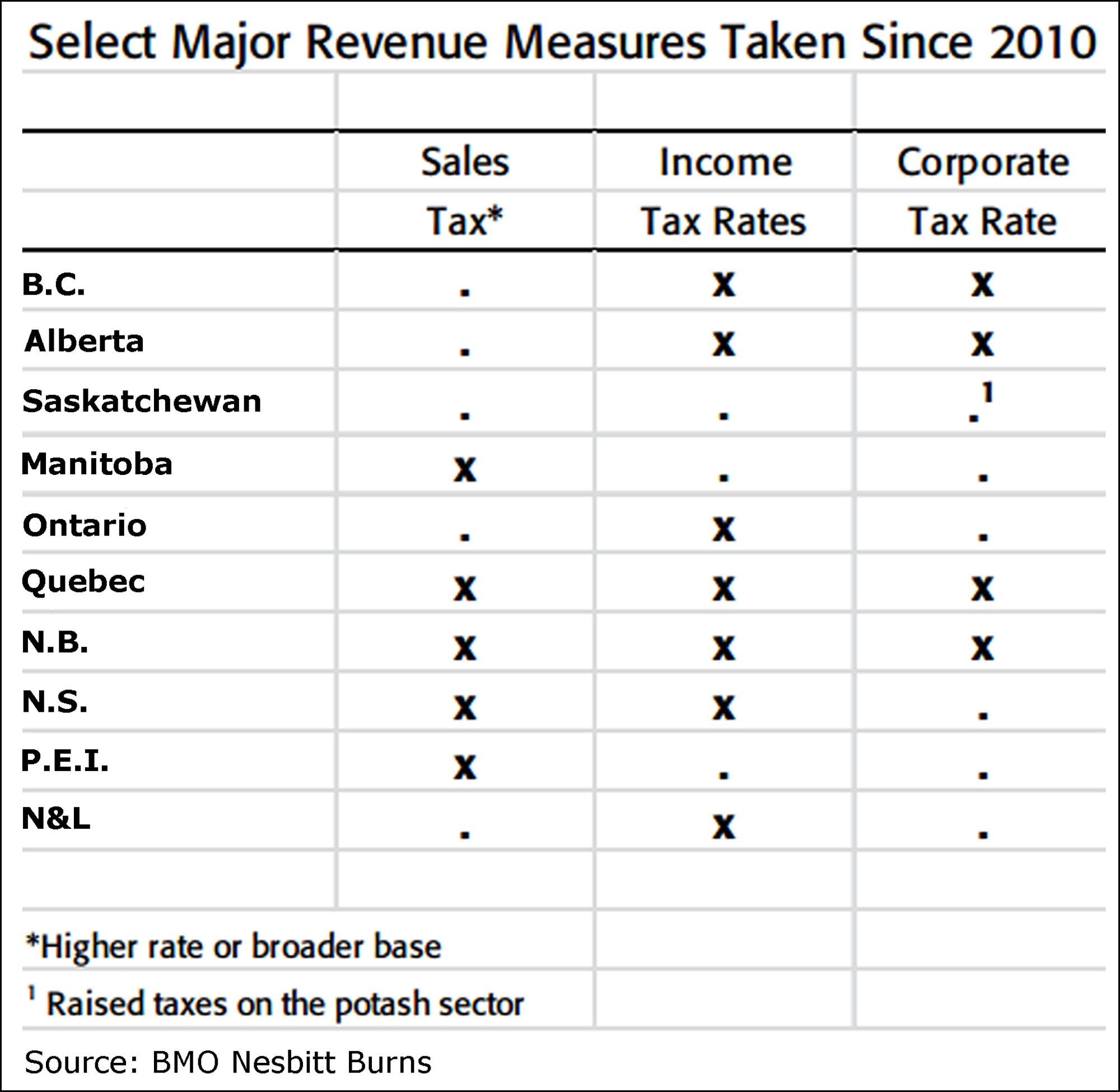 Mr. Kavcic noted that half of Canada’s provinces have either raised sales taxes or widened the tax base since 2010, while seven have boosted income tax rates and half have “tweaked” corporate levies.

“In most cases, these tax hikes have been in response to deteriorating fiscal fundamentals, just hammering home the point that any fiscal flexibility (for stimulus spending or tax relief) now sits squarely at the federal level,” he said.