And the industry believes it would have been even better had more homeowners wanted to sell.

The Toronto numbers released this morning and the Vancouver statistics reported yesterday show yet again why those two cities are the focus of bubble speculation, though few see a meltdown in the making.

And why affordability is such a big issue.

And on that note, Royal Bank of Canada is raising mortgage rates, on the heels of Finance Minister Bill Morneau’s move to cool those markets.

“Despite stricter mortgage lending guidelines and the possibility of slightly higher borrowing costs on average, there will be many buyers who remain upbeat on the purchase of ownership housing,” Jason Mercer, the Toronto Real Estate Board’s director of market analysis said as the group released the 2015 statistics.

But that masks big differences in the type of house and the regions of the area.

The average price for a detached home in the city’s 416 region surged 12.6 per cent from a year earlier, to $1.05-million, while that for a semi-detached soared 10.3 per cent.

Average prices were lower in the outlying 905 area.

“If the market had benefitted from more listings, the 2015 sales total would have been greater,” said TREB president Mark McLean, referring to the fact that, in December, active listing were down almost 11 per cent from a year earlier.

Stocks are largely down, with the notable exception of China, where the Shanghai composite rebounded from its losses this week for a gain of 2.3 per cent.

This comes in the wake of North Korea’s claim that it tested a hydrogen bomb, further troubling readings on China’s economy and lower oil prices.

The Canadian dollar tumbled below the 71-cent mark today, continuing its downward trend and heading for what some analysts believe will be a bottom of about 70 cents (U.S.).

The currency touched a low of 70.88 cents today, well down from its high 71.56, and was hovering below the 71-cent by late morning.

“With mounting tensions between Saudi Arabia and Iran, sellers are likely to conquer more land,” London Capital Group analyst Ipek Ozkardeskaya said of the loonie and referring to the declining price of oil.

Analysts see the loonie eroding further still, though picking up later in the year.

“The Canadian dollar (CAD) is liable to weaken further in 2016, although a lot of bad news is already factored into the exchange rate,” Bank of Nova Scotia said in a new forecast late yesterday.

“The CAD dropped more than 16 per cent against the [U.S. dollar] in 2015 and has fallen more than 30 per cent over the past three years,” Scotiabank forecasters added.

“Low oil prices and sluggish domestic growth will count against the CAD in the coming year but we think longer-term investors may start to see the CAD as offering better value if spot reaches the 1.42/1.45 range in the next few months.”

By that, the forecasters mean a loonie worth between 69 cents and just shy of 70.5 cents. 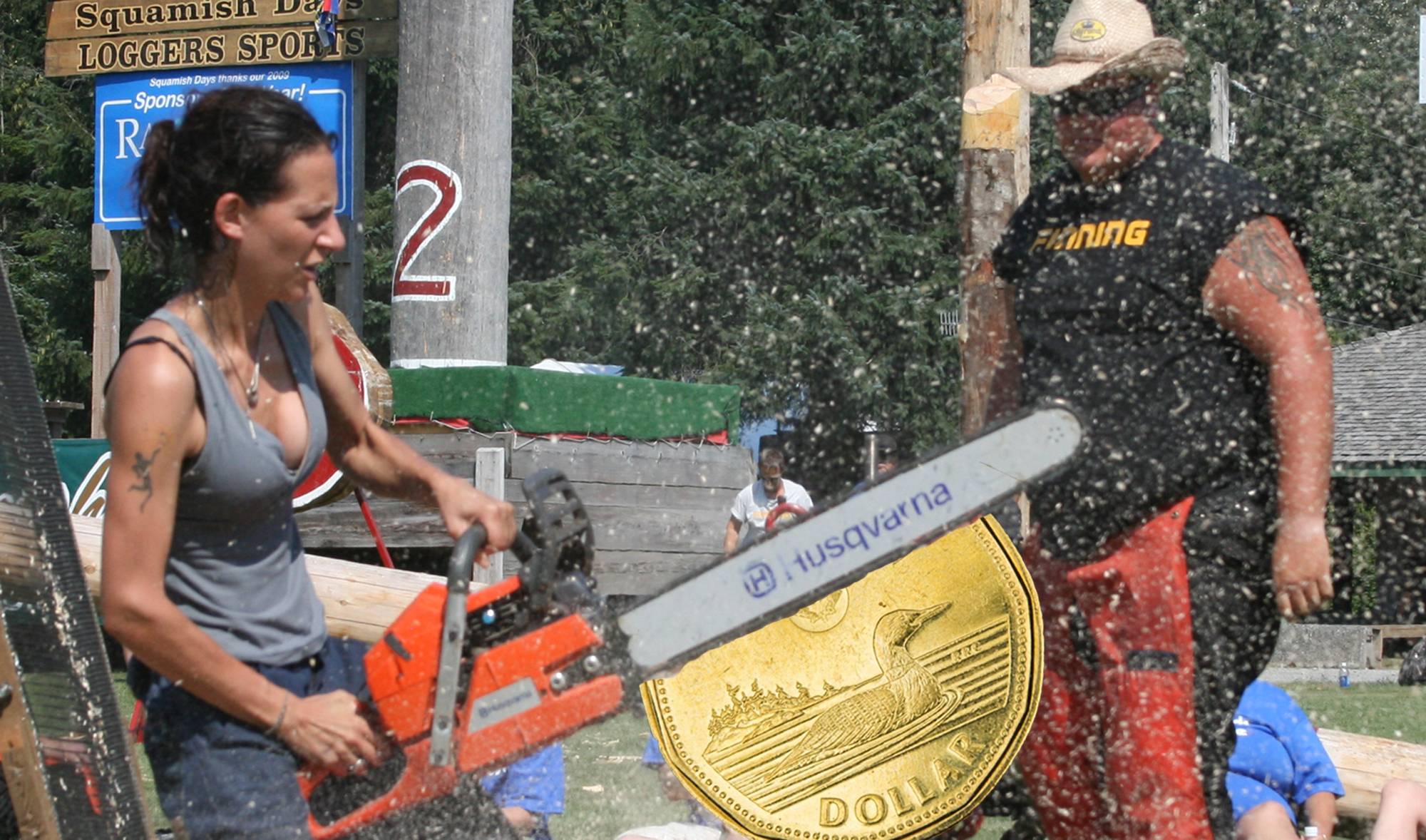 Alberta faces a second year of recession, Bank of Nova Scotia warns in a new forecast, albeit much milder than last year.

Scotiabank economists now project the province’s economy will shrink by 0.2 per cent, compared to last year’s contraction of 1.6 per cent.

Unemployment, in turn, will shoot up to 6.3 per cent before easing just slightly in 2017.

Like other forecasters, Scotiabank believes British Columbia and Ontario will lead Canada in growth this year and next, with gross domestic product in each province expanding by 2.3 per cent this year and 2.4 per cent in 2017.

“This cycle is different because it appears that energy prices could stay low for longer,” he added.

“We still believe that the combo of improving fortunes in the U.S. alongside the positive cash flow impact from reduced prices will help provide some renewed support.”

Apple Inc. shares dipped today in the wake of reports that the tech giant is cutting back on iPhone orders.

Apple has trimmed its projections for suppliers, according to various reports.

Japan’s Nikkei indicated production could be slashed by up to 30 per cent in the current quarter.

Toronto-Dominion Bank expects Canadian stocks to bounce back from an ugly 2015 and outperform those in the United States through to 2019.

That rebound will largely be “back loaded,” deputy chief economist Derek Burleton and senior economist Michael Dolega forecast in a new report. 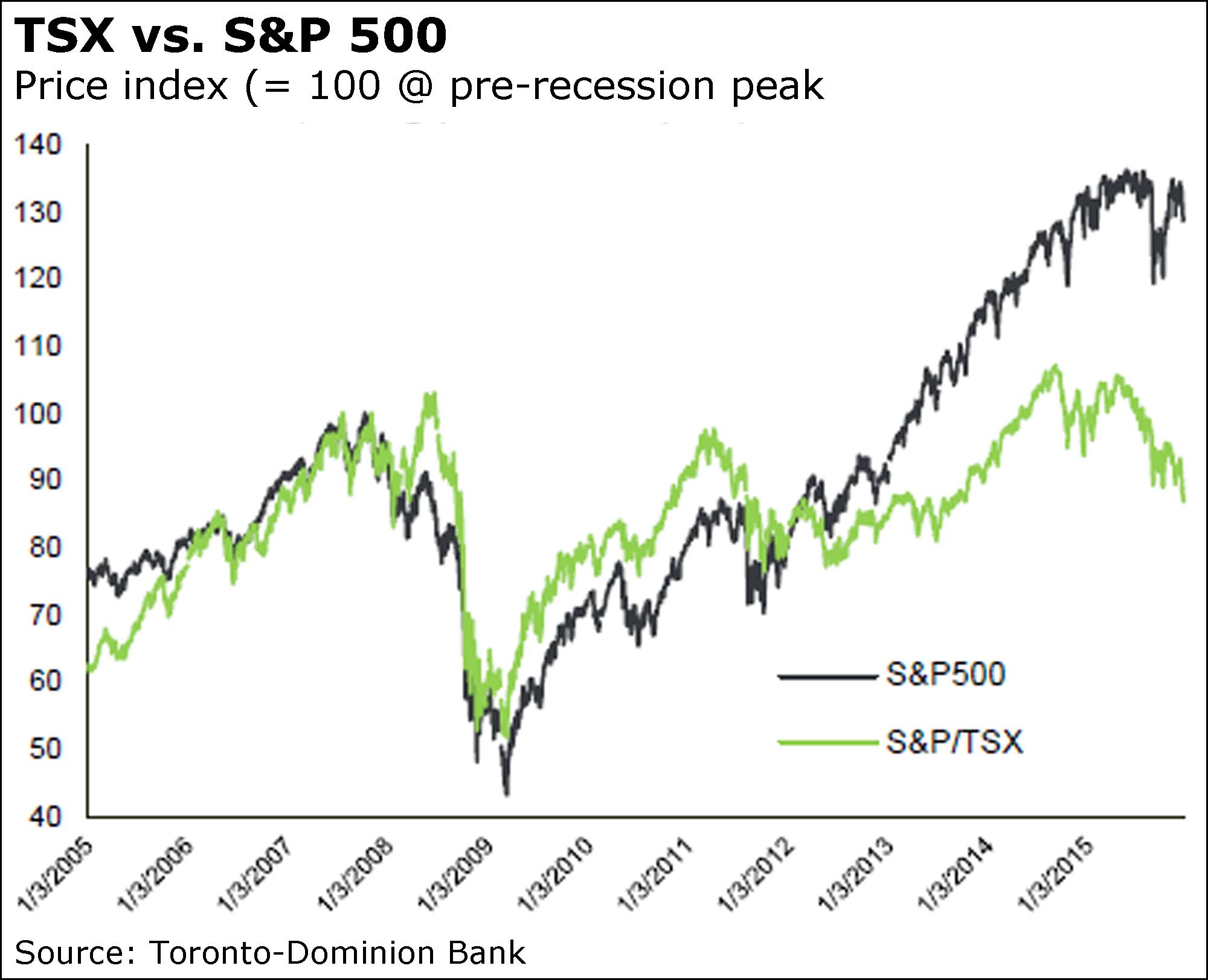 Canadian stocks are now about 17 per cent below the peak, the economists noted, but if everything goes right they should see average annual returs of about 6.5 per cent through to 2019.

They base their projection on three things: A weak loonie that will aid Canadian businesses and the earnings from their U.S. operations, a stronger American economy and a pickup in commodity prices.

“All these factors should allow Canadian equities, as proxied by the S&P/TSX composite, to return about 6.5 per cent over the 2016-19 period.”