Ignore for a moment (if you can) the outrageous pronouncements like banning Muslims and building walls. And, for that matter, a potential flood of Trump refugees seeking asylum on what would be the saner side of the border.

Would Canada fare better with Hillary Clinton or Donald Trump?

CIBC World Markets put that to the test, though steered clear of a definitive statement. It did, however, note in a recent study that a Clinton presidency historically could be better for Canada’s economy, while a Trump victory could threaten America’s northern neighbour in the areas of trade, monetary and defence policies.

Though we could get a pipeline out of a Trump win.

“Historically, Democratic administrations have been more favourable for Canadian growth, whether or not there is a direct cause and effect,” CIBC economists Royce Mendes and Avery Shenfeld said in their report.

“If one took Trump’s statements at face value, his inauguration would raise a number of risks on trade, monetary and defence policy of relevance to Canada, while being supportive on the pipeline front,” they added, referring to the pitched battle over TransCanada Corp.’s now-blocked Keystone XL project.

Mr. Trump’s proposed “aggressive assault” on debt would hurt North American economic growth, while trade barriers could help Canada in some ways but hurt in others.

(Well, at least we wouldn’t have a wall. At this point.)

“Of course, since his own platform has seen considerable shifts, and Congress might block some of the more radical proposals, it’s less clear what the final policy slate would like from a Canadian perspective,” said Mr. Mendes and Mr. Shenfeld.

Highlights of their report: 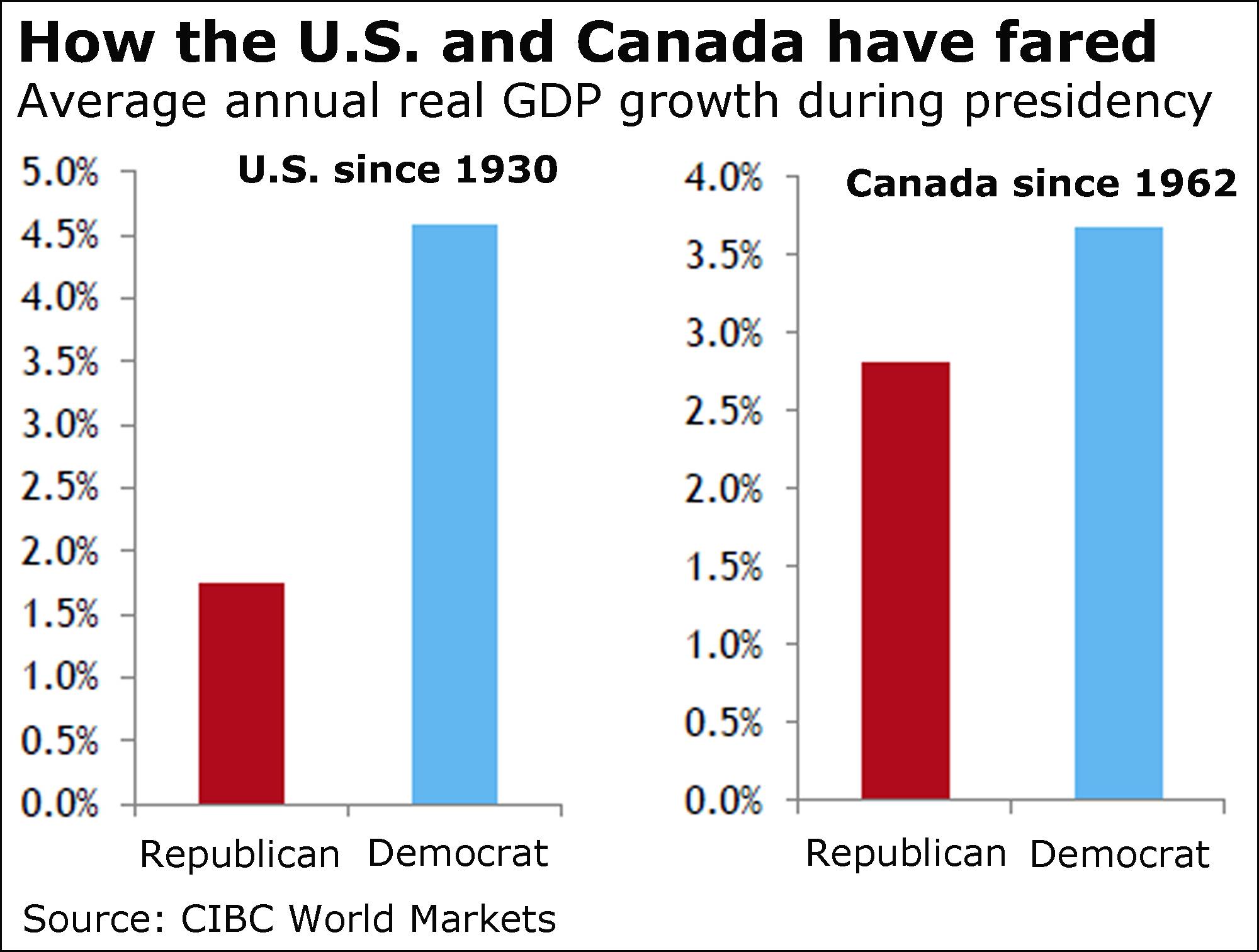 Canada’s economy has generally done better under Democrat presidents, as has the U.S. economy, Mr. Mendes and Mr. Shenfeld found.

“That’s despite current Democratic President Barack Obama taking the economic hit from the financial crisis during his first year in office.” 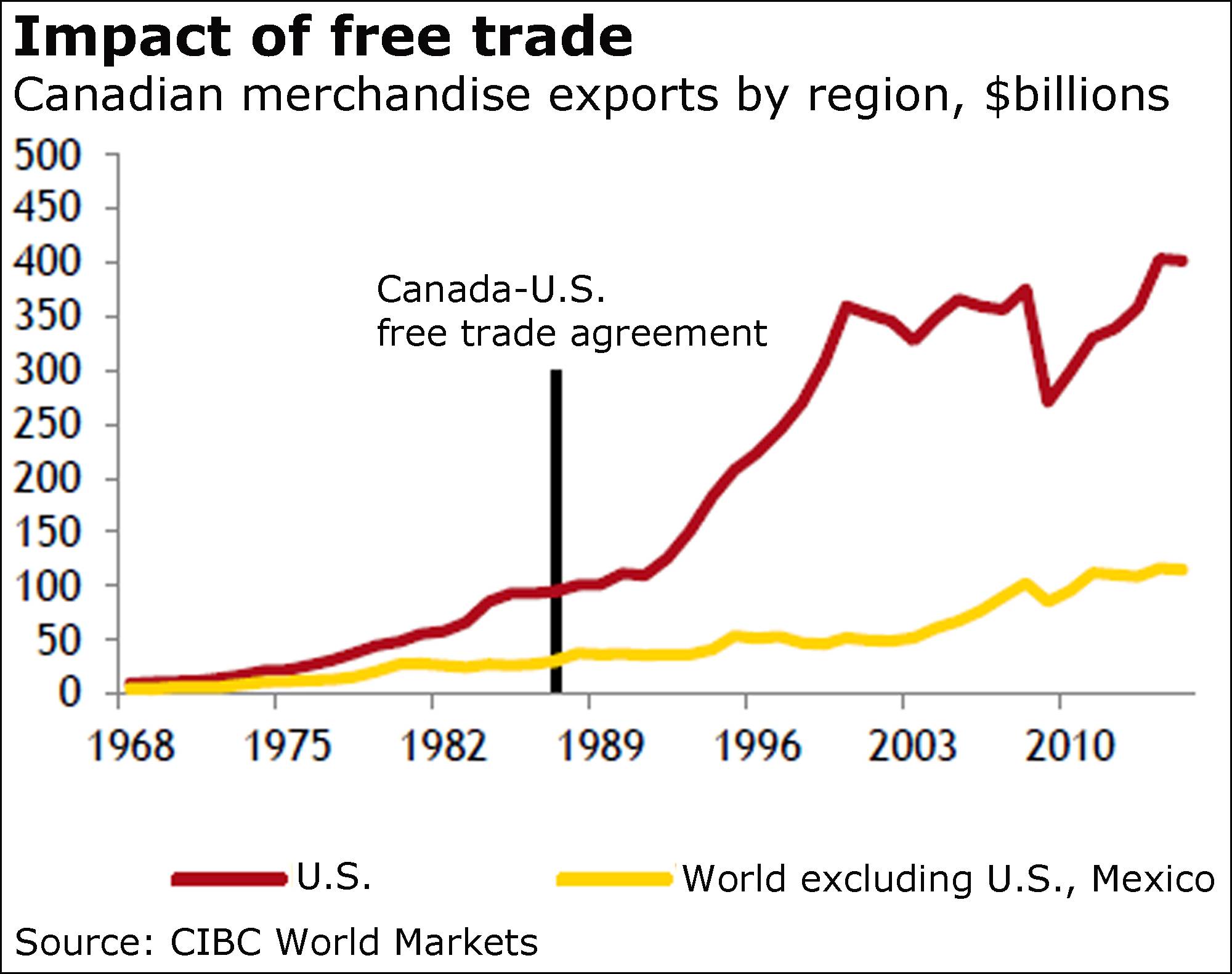 America is, of course, Canada’s biggest trading partner, and both Ms. Clinton and Mr. Trump have been vocal on global trade.

Both have opposed the Trans-Pacific Partnership agreement as it now stands and each has – “importantly for Canada” – fretted about the North American free-trade deal. Ms. Clinton wants NAFTA “adjusted,” while Mr. Trump wants to renegotiate the “disaster.”

Canada has “much at stake” where Trump’s NAFTA plans are concerned, the CIBC economists warned.

“Blocking imports from lower-wage countries that compete with Canada in the U.S. market might actually be a plus for some Canadian sectors,” they said.

“But it’s not clear whether Canadian exporters could at some point be a Trump target. Still, congressional approval for ripping up the NAFTA deal seems unlikely.” 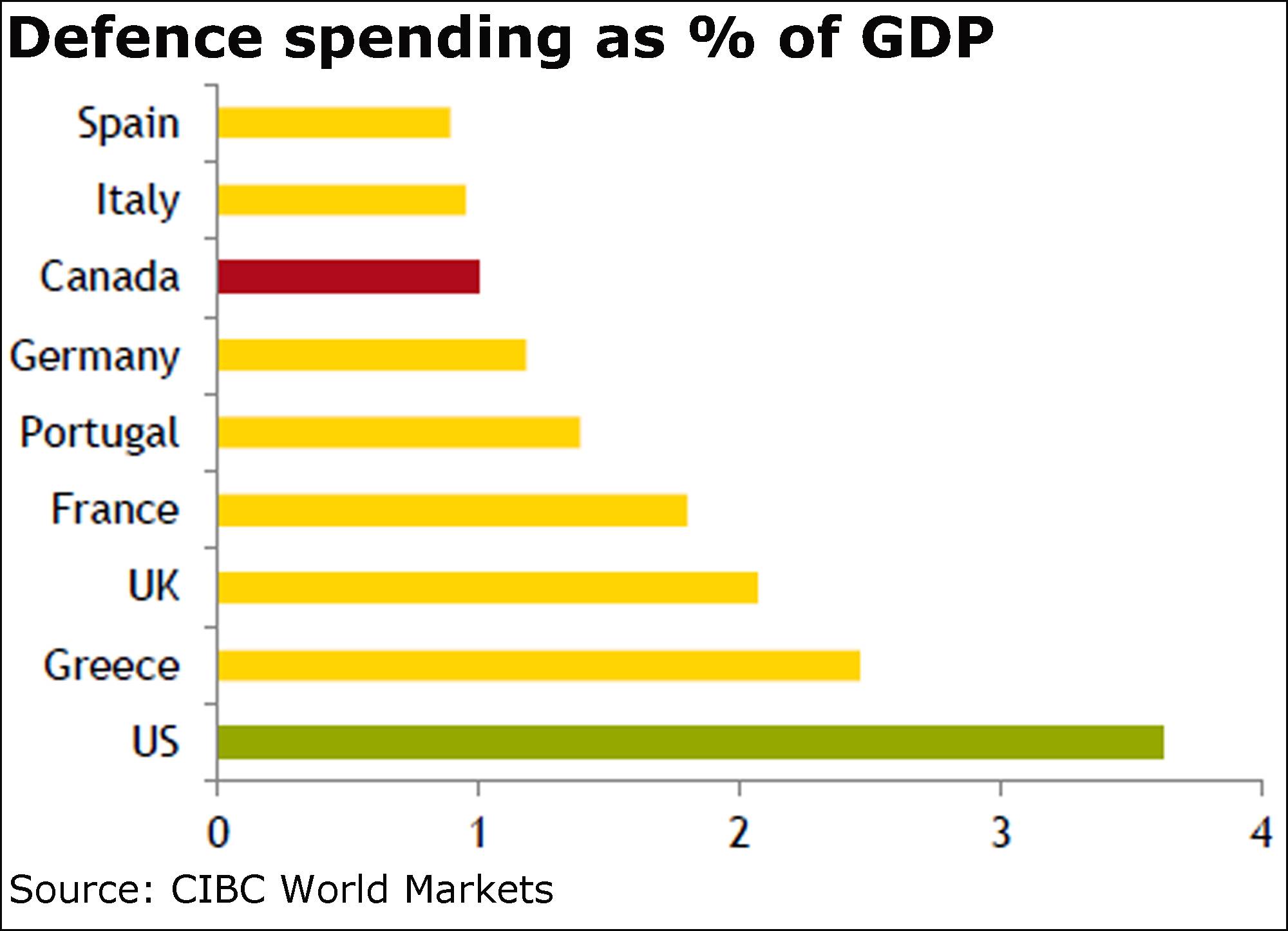 Mr. Mendes and Mr. Shenfeld pointed out that not much should change under Ms. Clinton on defence and foreign policy, given her prominence in the Obama administration in that regard.

Mr. Trump’s vague in certain areas, though might keep America and its allies away from some “overseas conflicts,” the economists said, but “he’s also refused to rule out the use of nuclear weapons against ISIS, and wants some non-nuclear allies to acquire their own such weaponry.”

He also has said that NATO allies should spend more in this area.

“Canada might be open to an accusation of being one of those unnamed ‘free riders’ since the country currently ranks in the bottom third among NATO countries in terms of defence spending-to-GDP.”

“Late last year he came out in support of the project if the U.S. received at least 25 per cent of the profits from the pipeline.” 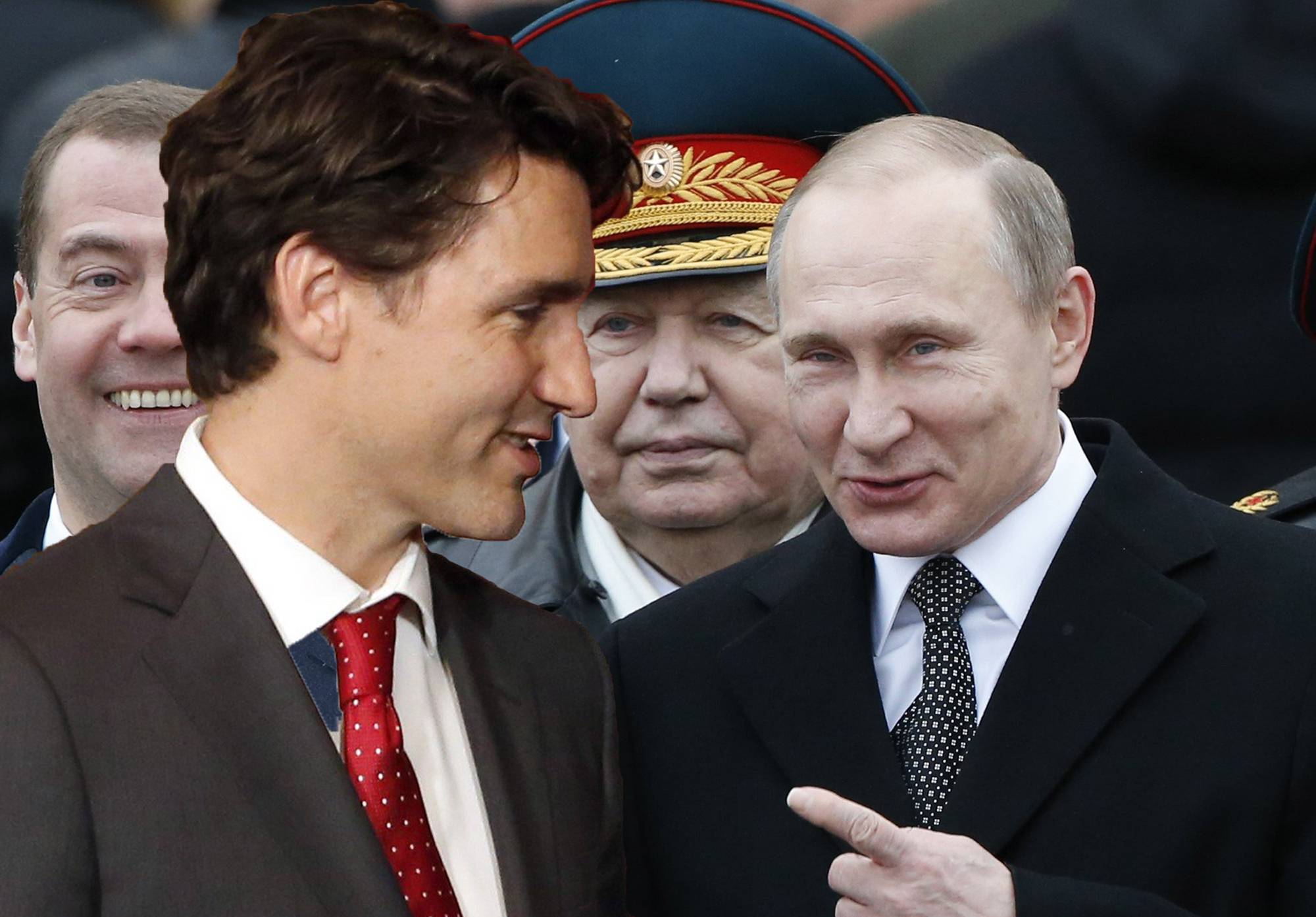 “I'll send you water bombers, you give me Tuktoyaktuk.”

Nissan Motor Co. is riding to the rescue of embattled Mitsubishi Motors Corp., taking a 34-per-cent stake in the company for ¥237-billion ($2.8-billion Canadian).

“We will be the largest shareholder of MMC, respecting their brand, their history and boosting their growth prospects,” said Nissan chief executive officer Carlos Ghosn.

“We will support MMC as they address their challenges.”

Foreign buyers are gobbling up more and more of Canada’s high-end homes, a new report suggests.

Such buyers are now believed to hold about 25 per cent of some luxury markets, according to the Royal LePage Carriage Trade luxury properties report released today.

The report adds to a mounting controversy over foreign buyers amid ever-rising prices, and huge affordability issues, in hot real estate markets such as Vancouver and Toronto.

So much so that the British Columbia government is moving to get a handle on it amid mounting affordability issues, as The Globe and Mail’s Justine Hunter reports.

National prices rose 1.2 per cent in April from March, marking the strongest April since 2008, according to the Teranet-National Bank home price index.

Prices in Calgary and Edmonton, which have been hit by the oil shock, were down on an annual basis by 3.7 per cent and 1.3 per cent, respectively.

Canada is joining the United States, Britain and three other countries in setting up the International Anti-Corruption Coordination Centre to crack down on global corruption and recover looted assets, The Globe and Mail’s Paul Waldie reports.

The centre, to be based in London, will work with Interpol and law enforcement agencies from around the world. Australia, New Zealand and Switzerland are also helping co-found the organization.