How Vancouver is faring

It isn’t just one of the country’s most beautiful cities. It’s also home to the wildest housing market. It’s our job-creation capital. And it’s helping to power British Columbia to the top of the provincial economic rankings.

Much of the city’s fortune is built on real estate wealth, as numbers released last week show, but Friday’s national jobs report is also a big part of the story.

As this table shows, Vancouver has shot up on the employment scale, and B.C. is powering ahead, driven most recently by construction, education and business and professional services. 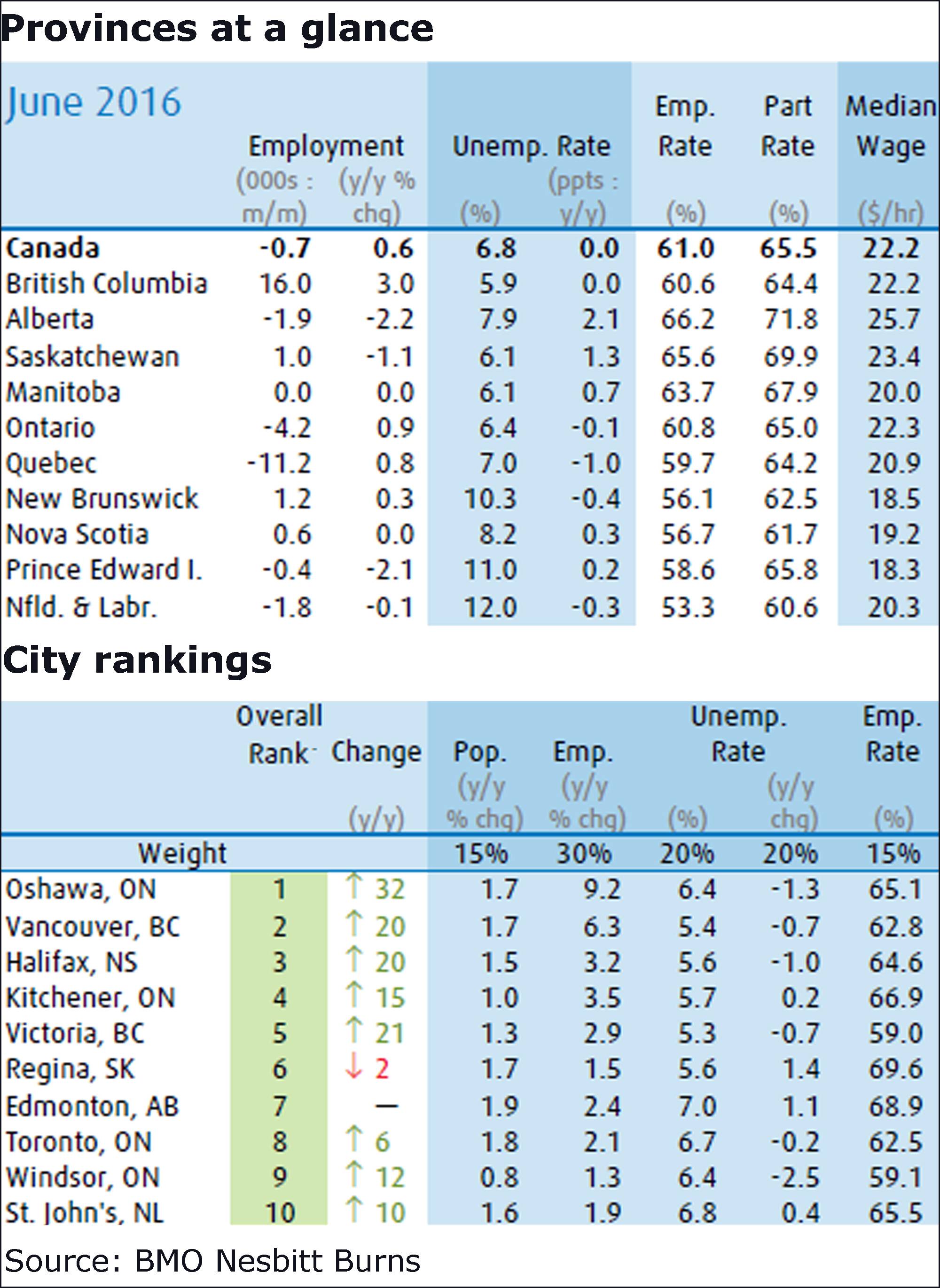 “It’s safe to say that Vancouver is the strongest labour market in the country,” Mr. Kavcic said, noting that employment has climbed by more than 6 per cent from a year ago and the jobless rate to eased to 5.4 per cent, the lowest in almost eight years and one of the best showings in the country.

Analysts believe this will continue, with B.C. and Ontario taking over from where Alberta left off before the oil shock.

There’s also the exodus from Alberta of workers seeking refuge in B.C. and Ontario. 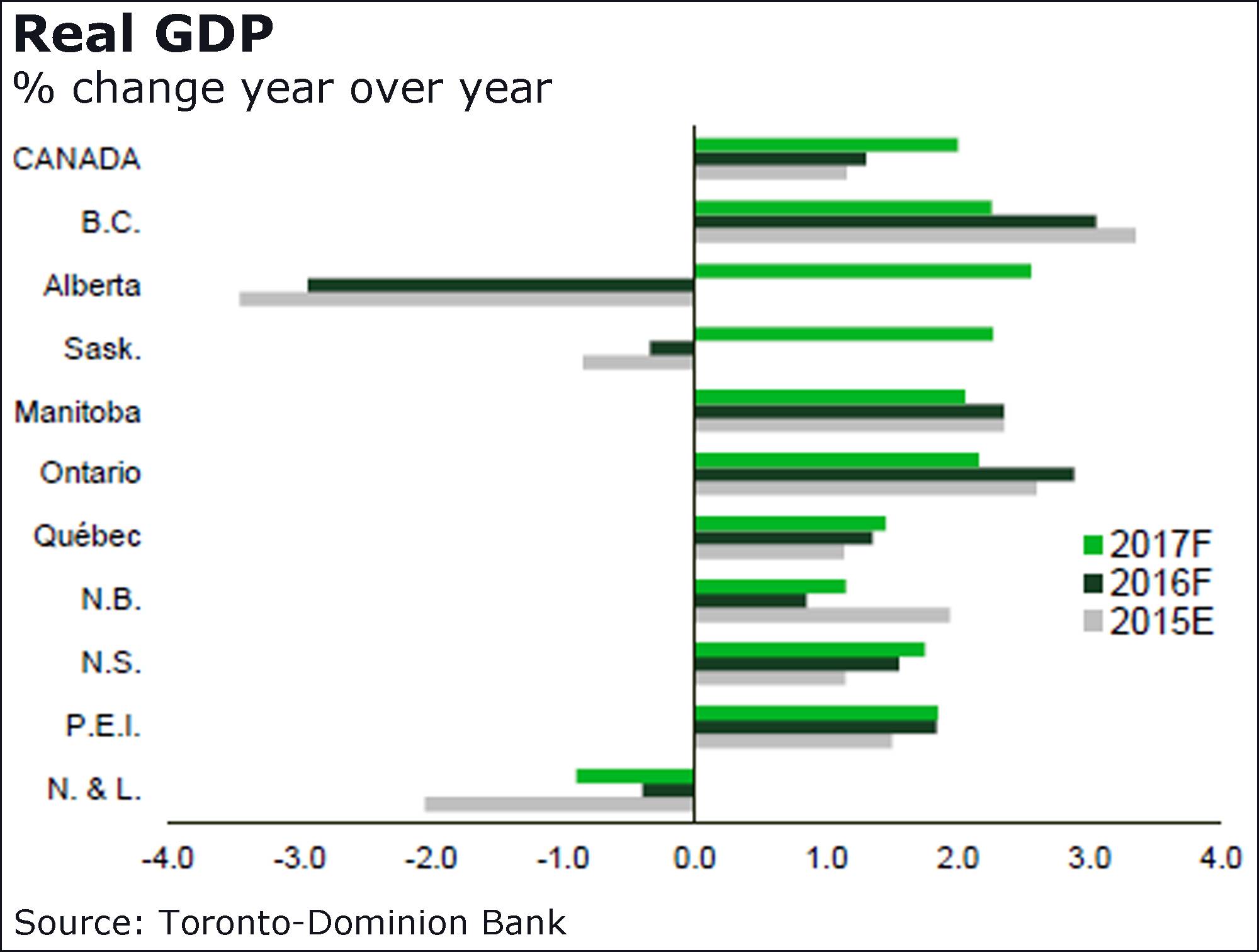 “In a nutshell, the province is leading the pack in terms of economic growth – benefiting from factors like record low interest rates and a weaker currency, while carrying little direct exposure to the energy sector,” he said of B.C.

“Our outlook is that this leadership will continued through 2017.”

Indeed, growth in real estate wealth has been nothing short of fantastic, with the benchmark Vancouver price up by 32 per cent in June from a year earlier, which Mr. Kavcic noted is nearing the average price peak from the boom of the late 1980s. 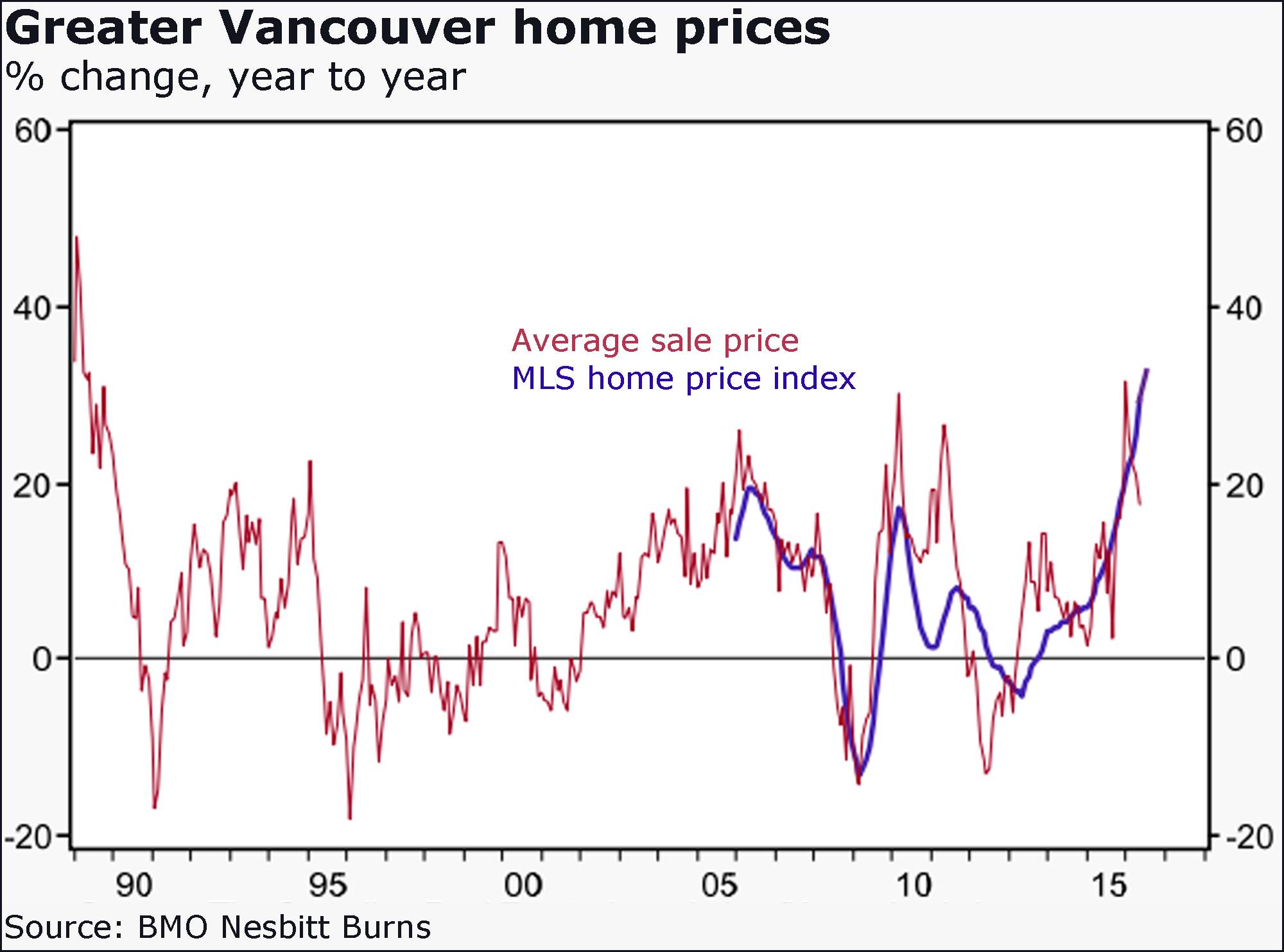 There’s more than just a solid jobs market at play here, which, as The Globe and Mail’s Mike Hager reported, is raising questions about froth and affordability in Vancouver like nowhere else in the country, even the hot Toronto market.

Of course, “a strong job market and accelerating population growth at a time when mortgage rates continue to set new lows has (and should continue to be) supportive of housing in the city,” Mr. Kavcic said.

“But even those strong fundamentals don’t justify the kind of price growth we’re seeing now,” he added.

“Speculative activity and foreign buyers with deeper pockets are likely driving prices at the margin.

What everyone wants to know, of course, is where this ends, and you can’t for certain know a bubble until it bursts.

Economists do expect that that the Vancouver and Toronto real estate price surge will ease, but the markets won’t crash.

“We expect declining affordability to help gradually cool the early-2016 surge in Vancouver’s, Victoria’s and Toronto’s housing markets, despite their solid employment growth this year,” said Mary Webb of Bank of Nova Scotia.

Ready for another earnings season?

Second-quarter reporting kicks off after markets close today with the latest from Alcoa Inc., but all eyes will be on American banks this week.

Thomson Reuters numbers suggest profits will slip 4.7 per cent in the quarter.

“Financials are likely to be a key bellwether this week, with JPMorgan the first of U.S. banks to report on Thursday,” said CMC Markets chief analyst Michael Hewson.

“Investment banking earnings have been on a slow decline for the last 12 months, and with trillions of U.S. dollars of global bond yields now in negative territory, this week’s earnings announcements are likely to make for sobering reading.”

Mark Carney will be in the post-Brexit spotlight this week, speaking first to politicians and then to the markets at large.

And the betting is that the Bank of England Governor could well unveil an interest cut to help Britain through the turmoil expected in the wake of the country voting to leave the European Union.

Mr. Carney speaks tomorrow to the Treasury Committee, and follows up on Thursday with the Bank of England’s rate decision.

“Following the U.K. vote to leave the EU, our U.K. economists quickly updated their forecast for [the Bank of England], looking for a 25-basis-point cut at the July meeting, taking [the key rate] to 0.25 per cent,” said Royal Bank of Canada senior currency strategist Elsa Lignos.

“Since then, Governor Carney has said ‘some monetary policy easing will likely be required over the summer,’ so the prospect of a cut is good, but some members may prefer to wait until the August inflation report before pulling the trigger.”