A new look at pay no doubt confirms what many Canadians are feeling: Wage growth is stagnating.

This, suggests Bank of America Merrill Lynch, could erode the buying power of consumers at a time when Canada’s economy can least afford it. 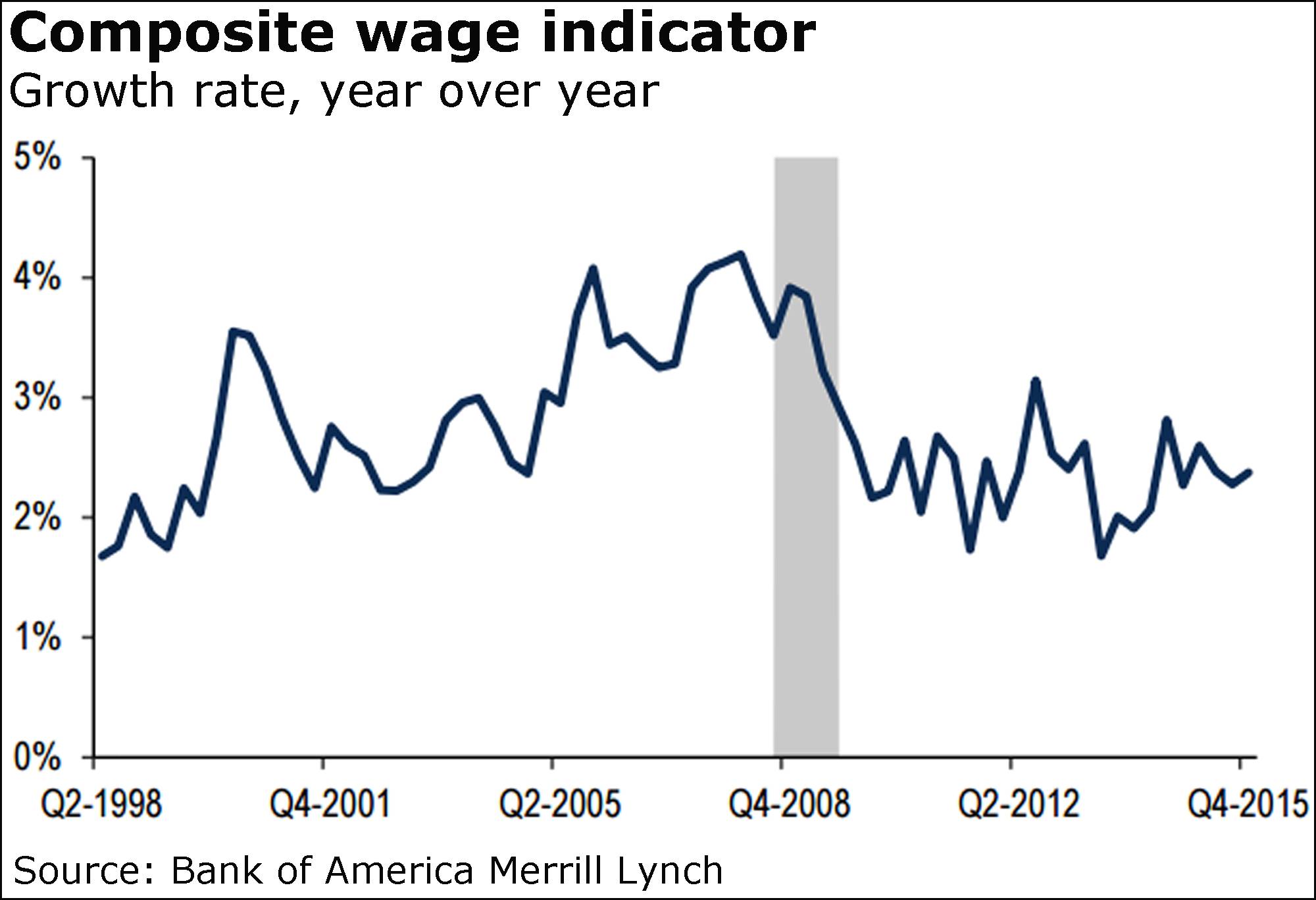 What she found is that nominal wage growth hasn’t budged much since the recession.

And as inflation rises, there’s pressure on real wages. 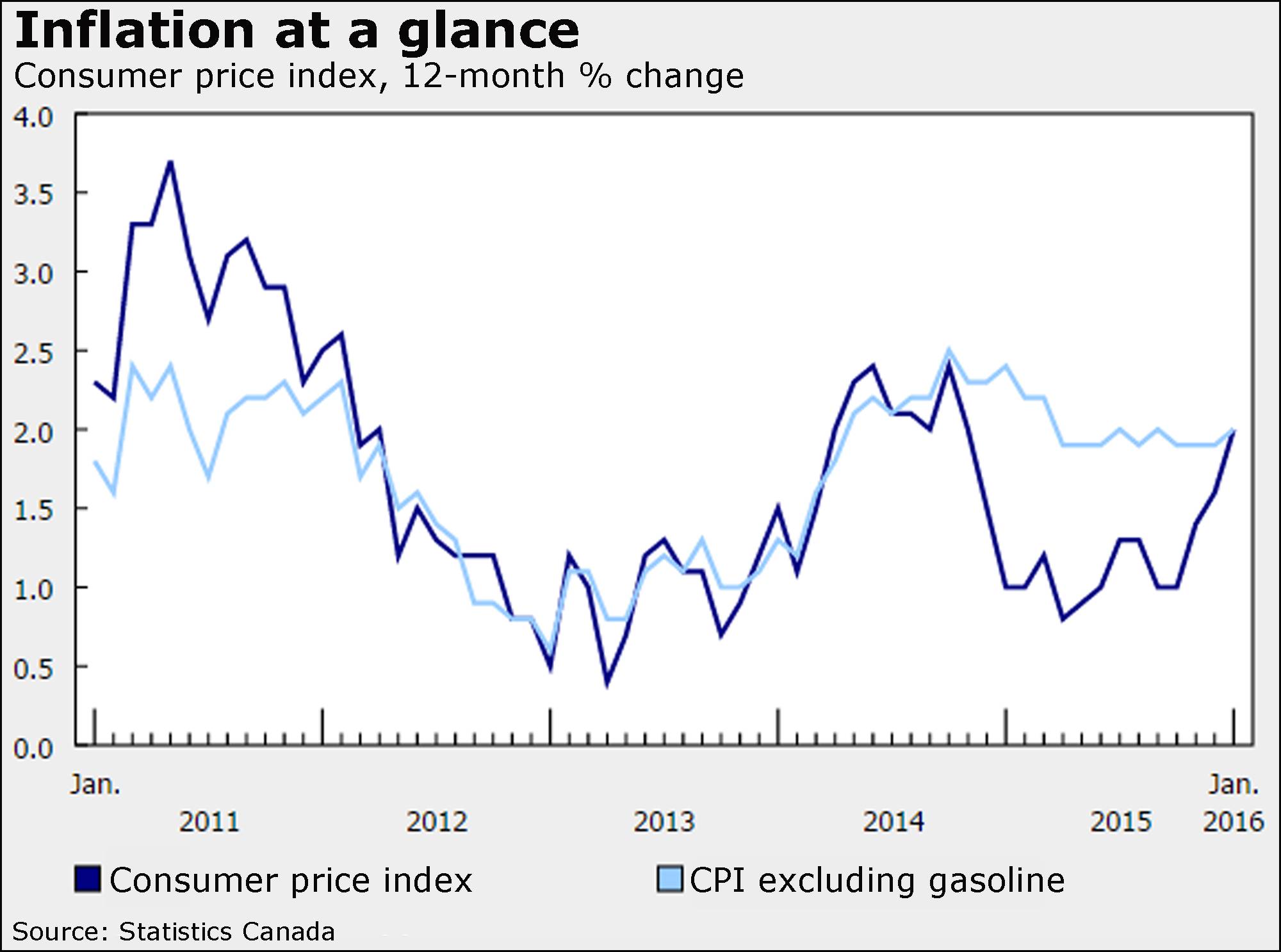 “But if the increase in inflation persists, and wage growth remains stagnant, it will have a negative impact on real consumer purchasing power.”

What’s more, unemployment is rising in Canada, which in turns means “we’re not seeing stronger wages in the making.”

The erosion of the Canadian dollar is feeding into inflation because of the subsequent higher import costs.

And we can expect to see more of this on Friday in the monthly Statistics Canada report on consumer prices.

Economists expect that report to show prices up by between about 0.2 per cent and 0.4 per cent in February from January, while the annual pace of inflation slows markedly to around 1.5 per cent amid lower costs at the gas pump.

But food costs, which are partly driven by the loonie effect, are still expected to show an annual rise in the area of 4 per cent when the consumer price index report is released, said Nick Exarhos of CIBC World Markets.

At the same time, observers expect the report to illustrate how so-called core prices, which strip out volatile items, rose by about 0.5 or 0.6 per cent on a monthly basis and 2 per cent year over year.

“The first half of the year has historically been seasonally strong for consumer prices,” said senior economist Benjamin Reitzes of BMO Nesbitt Burns.

“The headline gain would be even larger if not for a chunky 5-per-cent plus drop in gasoline prices,” he added.

“Indeed, core CPI is expected to rise 0.6 per cent, slightly stronger than the norm as we continue to see pass-through from the weaker Canadian dollar.” 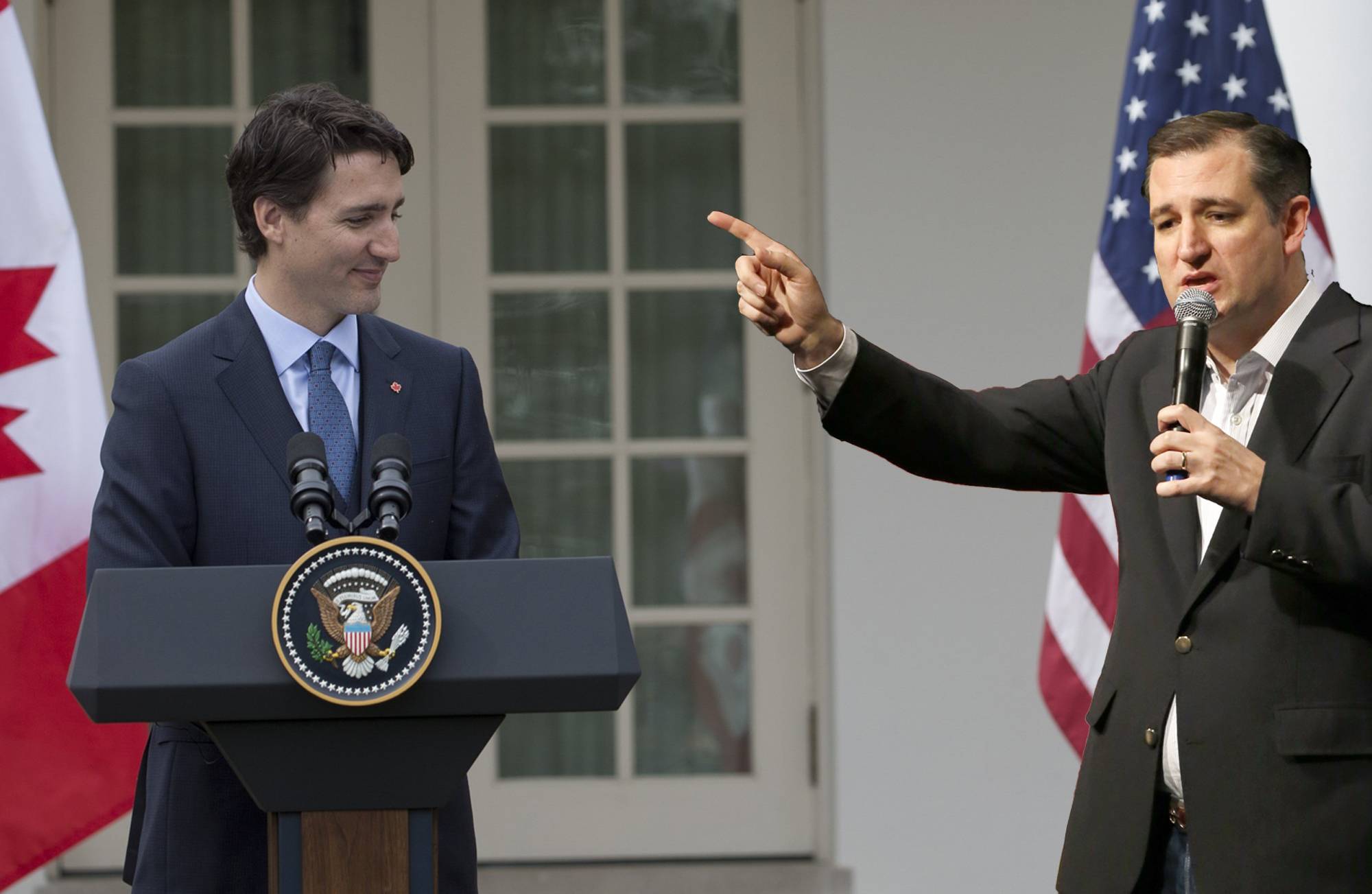 “He was born in Canada, and we like him.”

Investors are in a downbeat mood so far this morning.

Tokyo’s Nikkei and Hong Kong’s Hang Seng each lost 0.7 per cent, though the Shanghai composite gained 0.2 per cent.

New York futures were also down.

Shares of Valeant Pharmaceuticals International Inc. are falling sharply in the wake of the company’s fourth-quarter results and fresh outlook.

The stock was down by about 16 per cent with 90 minutes to go before the New York open.

“The challenges of the past few months are not yet behind us and our goal for 2016 is to better balance our priorities across all of our constituencies - physicians, patients, employees, payors, debtholders and shareholders,” chief executive officer Michael Pearson said in a statement.

Valeant posted a quarterly loss of more than $336-million, or 98 cents a share.

Ownership of Canada’s biggest newspaper chain is in limbo today as its largest shareholder tries to sell its stake.

Bank of Japan, Fed in focus

Japan’s central bank held its fire today, even as it fretted over the state of the economy.

“Japan’s economy has continued its moderate recovery trend, although exports and production have been sluggish due mainly to the effects of the slowdown in emerging economies,” the central bank said in its statement.

“With regard to the outlook, although sluggishness is expected to remain in exports and production for the time being, domestic demand is likely to follow an uptrend, with a virtuous cycle from income to spending being maintained in both the household and corporate sectors, and exports are expected to increase moderately on the back of emerging economies moving out of their deceleration phase,” it added.

The focus now shifts to Washington, where the Federal Reserve begins a two-day meeting that will end with its decision tomorrow afternoon.

“Even though the market is discounting the prospect of a move on rates this week, investors will be looking for signs that Fed officials are worried enough about the recent global slowdown to have revised down their ‘dot plot’ predictions of the future path of interest rate rises, which at the beginning of the year raised the prospect of at least four rate rises this year,” said CMC Markets chief analyst Michael Hewson.

Expect to see another surge in one of the most widely watched numbers on Main Street this morning.

The Canadian Real Estate Association releases its monthly report, which BMO’s Mr. Reitzes believes will show sales up in February by 14 per cent from a year earlier, and average prices up 17 per cent.

That, of course, will be driven by Canada’s hot markets.

“The West Coast is showing no signs of cooling, with Vancouver sales up over 30 per cent year over year, while Fraser Valley rocketed nearly 80 per cent,” he said.

“Toronto had a big month as well, with sales surging over 20 per cent. The Prairies remain the soft spot, but the pace of decline has slowed, with sales in Calgary and Saskatoon down single digits from a year ago, though Edmonton still saw a near 20-per-cent drop.”