Vancouver homeowners are also doing well, but trail Toronto by a few blocks at just shy of 23 per cent, according to the latest MLS home price index reading released today.

For Canada as a whole, prices are up about 24 per cent over the past five years. The latest report from the Canadian Real Estate Association shows national home sales dipped 0.4 per cent in July from June, but were still up 3.4 per cent from a year earlier.

Average prices climbed 8.9 per cent from a year earlier, while the MLS index rose 5.9 per cent, led by Vancouver’s 11.2-per-cent jump and Toronto’s 9.4-per-cent gain.

Of course, if you strip out the Vancouver and Toronto regions, average prices are now up just 4.1 per cent.

Canadian real estate has been a story of Vancouver-Toronto for some time now, and some observers have raised their eyebrows warning about the frothy nature of those two markets.

Indeed, as The Globe and Mail’s Tamsin McMahon reports, Canada Mortgage and Housing Corp. warned just yesterday that Toronto is in high-risk territory, though not Vancouver.

CMHC rang alarm bells, too, over the Winnipeg and Regina markets.

“In Toronto, the high overall risk reflects a combination of price acceleration and overvaluation,” its analysis said.

While some observers have questioned the exceptionally hot nature of Vancouver and Toronto, they aren’t worried about the possibility of a meltdown.

“This is especially true in the Toronto and Vancouver markets, where much of the concern lies,” she added.

“While average prices in Toronto and Vancouver were down in July relative to June, both remain well above year-ago levels, suggesting these markets are still hot. July’s performance is consistent with our view that average home price growth will moderate over the second half of this year as demand starts to shift toward less expensive markets. Over all, while risks for Canada’s two hottest markets remain, they are unlikely to intensify.”

Just as a side note here, observers have also been watching the Calgary and Edmonton markets closely for the fallout from the oil shock.

According to CREA today, Calgary prices were flat in July from a month earlier, up just 0.14 per cent from a year ago, but still up 19.4 per cent over five years. 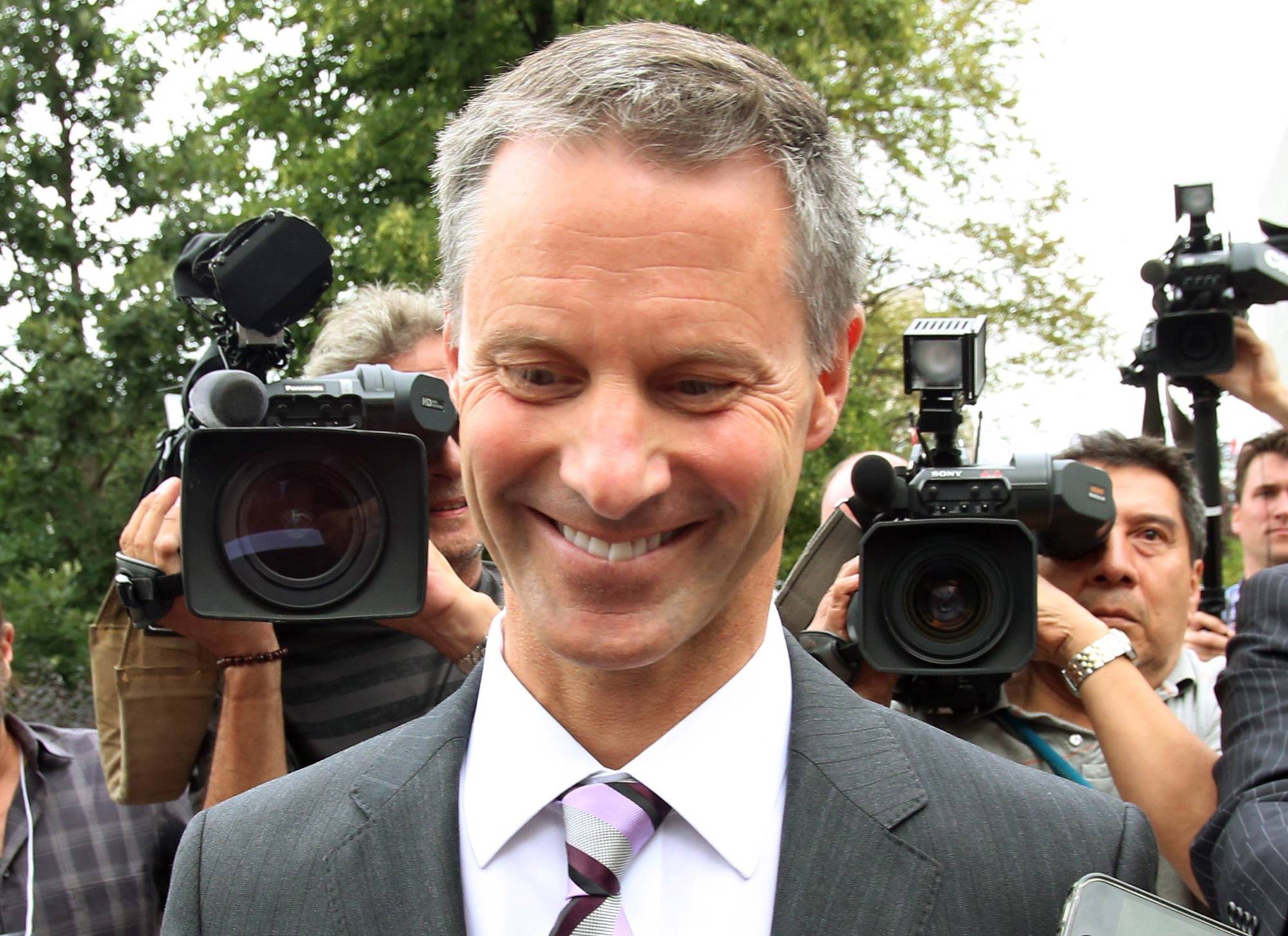 Onex Corp.’s Nigel Wright took to the Bible yesterday on why he kept his reason for paying Senator Mike Duffy’s expenses secret. The prime minister’s former chief of staff, testifying in court in Mr. Duffy’s trial, cited Matthew 6, verse 3, which speaks of your left hand not knowing what your right hand’s doing when giving to the, um, needy, though Mr. Wright didn’t phrase it quite that way.

Canadian manufacturers scored a second straight month of sales gains in June, though at 1.2 per cent much less than economists had expected.

It’s just the third rise since January, Statistics Canada said today, and sales are still down 1.5 per cent so far this year compared to the same period last year. Sales rose 0.5 per cent in volume terms.

Economists had expected to see a bounce in the area of 2.5 per cent.

“Finally, some evidence that Canadian manufacturing isn’t just sliding off into the abyss, but the news wasn’t nearly what we were hoping for after a huge gain in exports reported for the same month,” said chief economist Avery Shenfeld of CIBC World Markets.

Chemical products and autos were big drivers, the latter rising 4.2 per cent from May.

Quebec was tops among the provinces, with shipments up 2.9 per cent, followed by Alberta and Ontario.

“All told, while the factory sector will make a decent positive contribution to June GDP, it wasn’t the liftoff that the trade numbers had suggested, and still leaves Q2 GDP headed for a decline that might be marginally worse than the Bank of Canada’s last forecast,” Mr. Shenfeld said.

The central bank has projected that the economy will shrink 0.5 per cent in the second quarter, on the heels of a first-quarter contraction of 0.6 per cent.

Some other economists, though, expect a decline of 1 per cent in the second quarter.

The Canada Pension Plan Investment Board, which manages CPP’s investment portfolio, said its $4-billion asset increase in the quarter was made up of an investment loss of $200-million after costs, as well as $4.2-billion in net CPP contributions.

Europe’s economy is lame, to put it bluntly.

The economy of the euro zone expanded just 0.3 per cent in the second quarter, while that of the broader European Union rose 0.4 per cent, according to estimates released today by the Eurostat statistics agency.

Of particular concern was the weaker-than-expected 0.4-per-cent reading from Germany.

“As probably the most efficient economy in Europe, the failure to post significantly better numbers is particularly concerning given the fact that the euro remains at its lowest level for years, while the fiscal boost of lower oil and food prices doesn’t appear to be having any significant trickledown effect, and is likely to keep inflation at record lows for the foreseeable future,” said chief analyst Michael Hewson of CMC Markets in London.