When should Ottawa act?

Unemployment stands at an uncomfortable 7.1 per cent, Alberta faces what at least one forecast indicates may be a second year of recession, and economists are trimming their projections for Canada’s economic growth to well below 2 per cent for 2016.

And those forecasts generally assume higher oil prices, rather than the sustained rout we’re seeing now.

Mr. Trudeau and his Liberals swept to power promising to act where, they said, the Conservatives failed miserably.

The Prime Minister plans budget deficits to fund infrastructure spending but we don’t yet know the details or the timing.

Some observers speculate that the Bank of Canada is waiting to see what the government unveils before deciding whether it needs a third interest rate cut since oil prices collapsed and knocked the economy for a loop.

“However, after almost two months in power, there has still been no announcement of the size and details of the fiscal stimulus by the new federal government, and one could start to wonder if the economy can wait the months it will need for the impact to be felt,” said Charles St-Arnaud of the Nomura economics group.

“An announcement would have initial positive effects through its impact on expectations, but it takes time for effective fiscal policy to be planned and implemented, so it could be a while before stimulus enters the economy and multipliers kick in,” he added in a recent report.

“The longer the announcement of the fiscal stimulus is delayed, the more likely the BoC will cut rates to provide a buffer.”

Today is but another example. 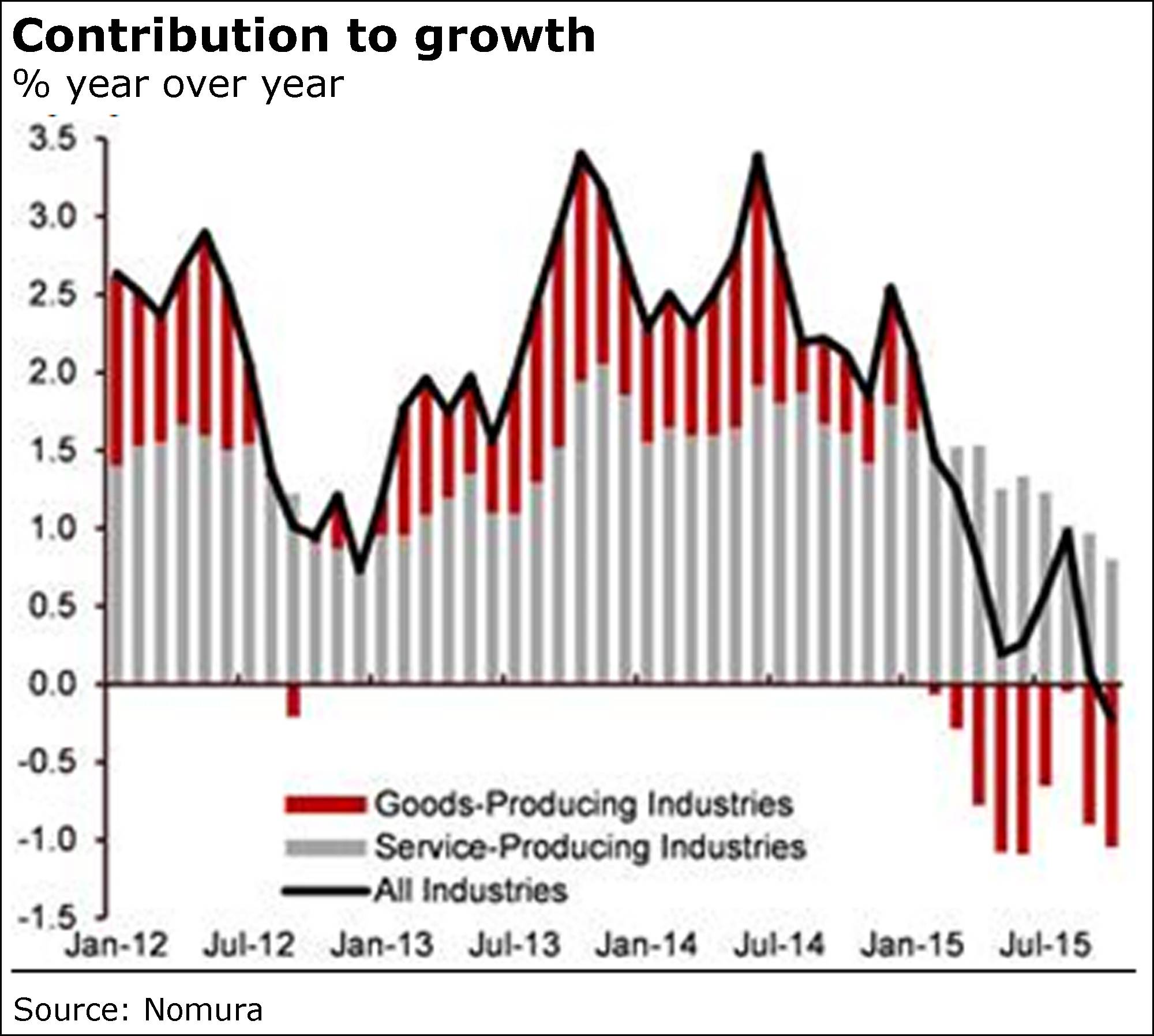 Economists are counting on federal stimulus to juice the economy as oil prices remain depressed, manufacturing is suffering, and there’s little other than a weak Canadian dollar to help things along. 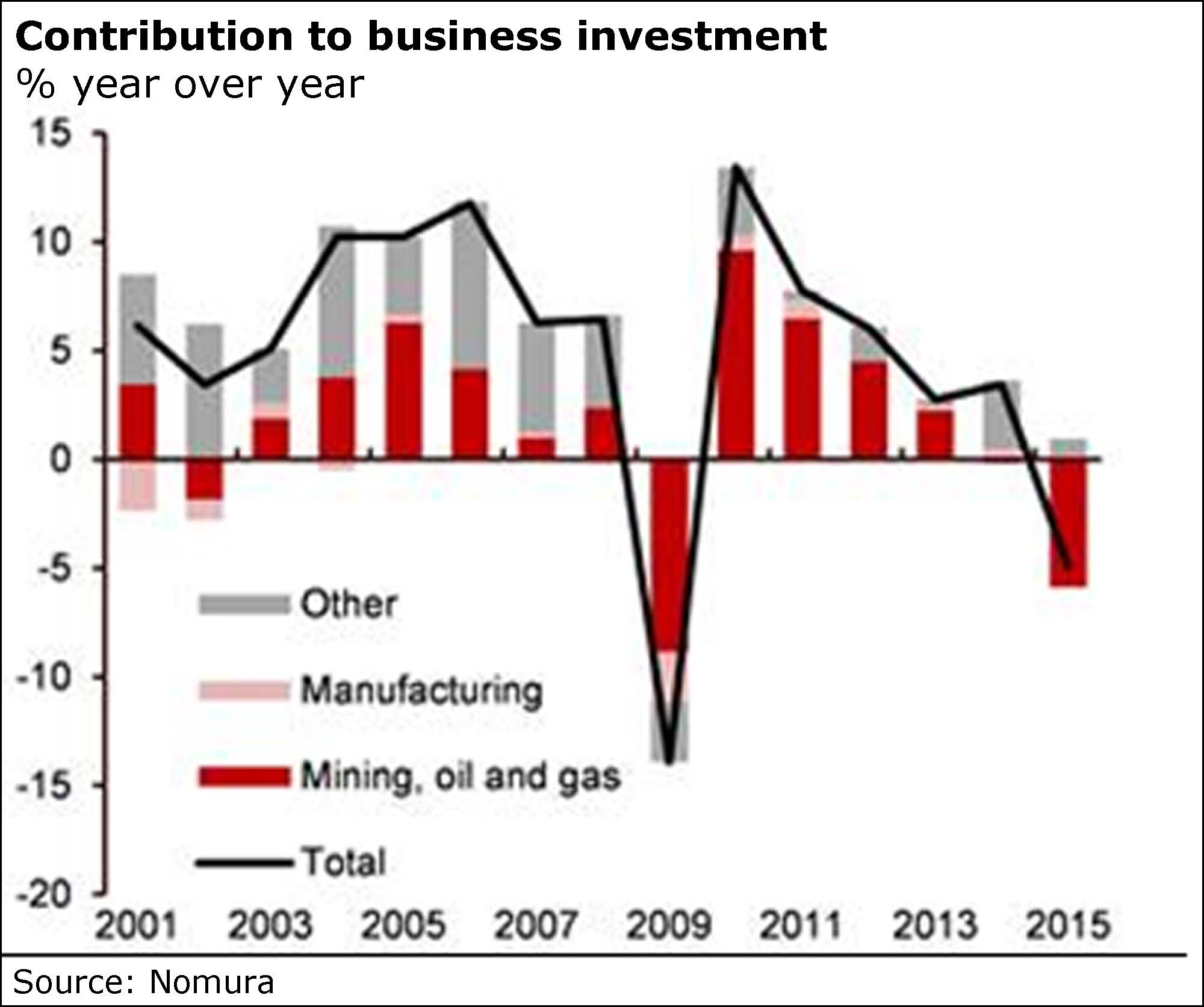 “Almost all of the expected modest pickup in growth in 2016 will stem from increased federal government spending (largely on infrastructure), offset somewhat by cutbacks at the provincial level,” said senior economist Sal Guatieri at BMO Nesbitt Burns, which recently trimmed its forecast for economic growth to just 1.6 per cent this year.

Here’s how he sees it: Federal infrastructure spending should boost growth by about one-quarter of a percentage point this year. We’ll get details in a March or April budget, which would mean “shovels hit the ground” possibly in the summer.

But summer is still far away, and it’s bitterly cold now, in more ways that one.

It’s some kinda ugly out there so far.

Stocks are plunging, oil is under pressure again, though calmer, China let the yuan tumble, and the loonie remained near the 71-cents U.S. mark.

“While it’s said that the darkest hour is often before the dawn, nobody appears brave enough to involve themselves in risk assets this morning,” said London Capital Group chief analyst Brenda Kelly.

Chinese stocks led the way yet again, with the Shanghai composite plummeting more than 7 per cent and triggering another shutdown.

“For many in the City, there was a feeling that the show was over before it began,” he added, referring to the London market.

Get used to it

Bank of Canada Governor Stephen Poloz says Canadians should get used to both a cheap dollar and more inflation as the country continues to grapple with the shock of falling commodity prices.

“Movements in exchange rates are helping economies, including ours, make the adjustments that must take place,” Mr. Poloz said in a speech today, The Globe and Mail’s Barrie McKenna reports.

The downside is that the weaker dollar – now down more than 30 per cent from its peak – is making a wide range of imports more expensive, spreading the pain of the oil price shock from the oil patch to the rest of the country, Mr. Poloz said.

The Canadian dollar has fallen so low that it’s now more than 10 cents below its long-term average, Douglas Porter notes. 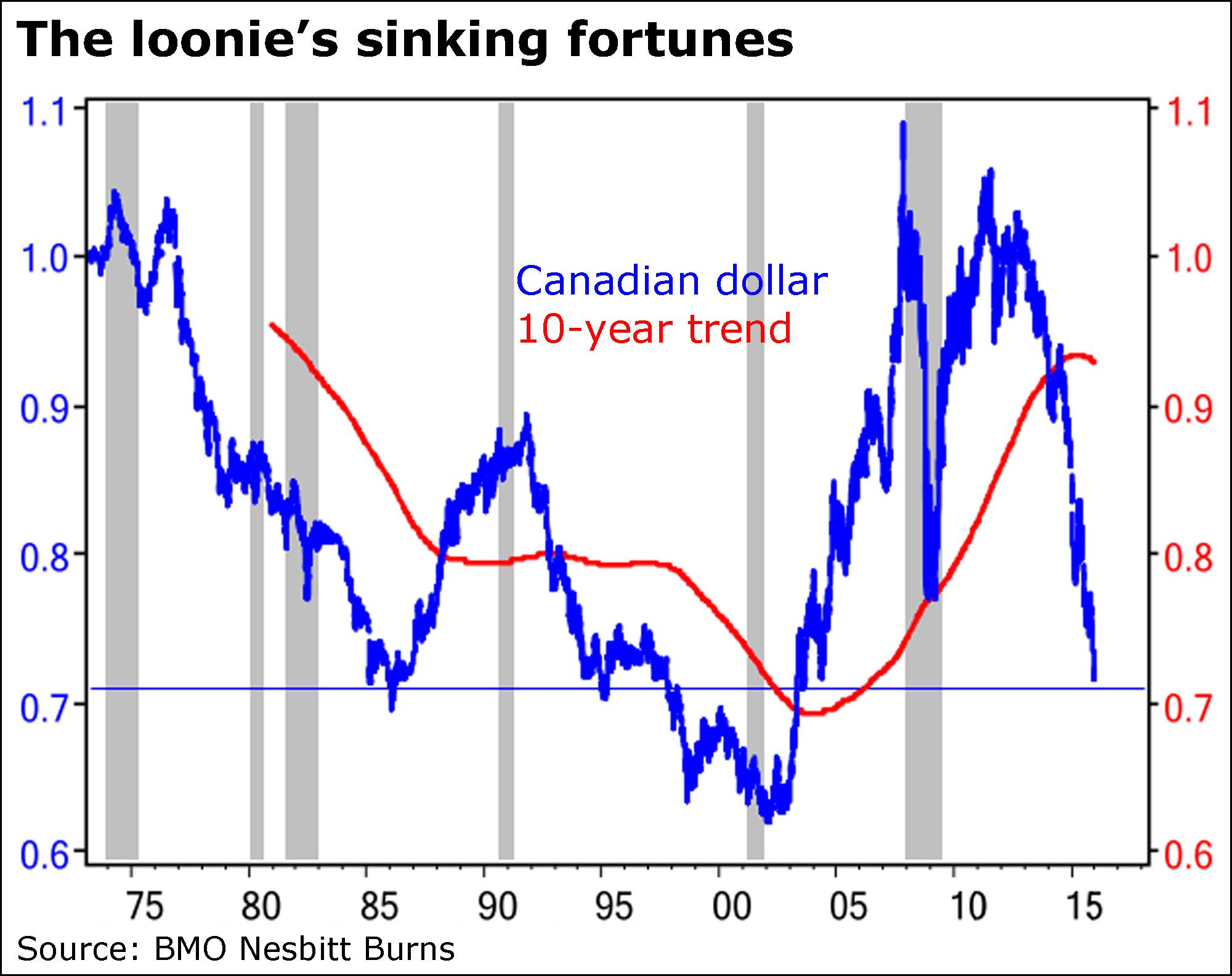 “This is getting into terrain that it has really only been in during the 1994-2004 era (when the currency actually averaged less than 70 cents),” the BMO Nesbitt Burns chief economist said in a research note.

“Aside from that episode, the loonie sunk to this level only for a very short spell in the mid-1980s, and is now more than 10 cents below its long-run average and below [purchasing power parity],” he added.

And here’s something: “Yes, that means a basket of items is now actually much cheaper in Canada than the U.S., when converted into common currency terms.”