These are stories Report on Business is following Thursday, June 19, 2014.

Debt growth eases
Canadians are getting the message on their ugly debt levels, at the same time as their wealth increases.

Mortgage debt in Canada rose just 0.6 per cent in the first quarter of the year, to $1.1-trillion, marking the slowest pace since the depths of the financial crisis in early 2009, Statistics Canada said.

The key measure of leverage, or household credit market debt to disposable income, also improved again in the first three months, albeit by baby steps.

That debt burden now stands at 163.2 per cent, having inched down from 163.9 per cent in last three months of 2013, and, significantly, from its record high of 164.1 per cent in the third quarter of last year. Consumer credit, meanwhile, edged down 0.3 per cent to $507-billion.

Over all, Statistics Canada said, we're getting wealthier as we begin to curb our appetite for debt amid record-low interest rates.

We need to keep in mind, of course, that headline numbers such as these mask the income inequality across the country and the fact that 1.3 million people are out of work. And many people are in part-time positions.

Among Canadian families, that showing was even better as household net worth increased 2.5 per cent to a record high $7.9-trillion, pumped up by stocks, particularly those in mutual funds.

"This primarily reflected continued strength in domestic stock markets during the quarter," the federal agency said.

"The increase in household net worth was also supported by a 2-per-cent gain the value of household real estate."

This all means that household net worth stands at 726 per cent of disposable income, noted chief economist Douglas Porter of BMO Nesbitt Burns.

"Though often overshadowed by the debt headlines, big gains in the asset side of the balance sheet may well be the bigger story at this point of the cycle," Mr. Porter said.

"With the TSX finally capturing a new record high just yesterday, that train is still chugging in favour of household finances," he added.

Along with the debt burden easing slightly, the ability to juggle those debts also remained easy, with the household debt service ratio staying at "historically low levels," Statistics Canada said.

Household credit growth, she noted, slowed to 4.2 per cent, compared to a year earlier, marking the lowest pace since 2001.

"With housing market activity set to cool after a likely short-lived weather-related bounce in the spring, a further slowing in mortgage credit growth along with firmer income gains are expected to keep a lid on the debt-to-income ratio in the quarters ahead," Ms. Cooper said.

"While the debt-to-income ratio remains historically elevated, the mild improvement in the condition of household balance sheets will insure that a precipitous deterioration in households' ability to service their debts is less likely," she added.

Homeowner equity also inched up, to almost 70 per cent, marking its highest in four years.

Higher asset prices, said Mr. Porter, also brought down the Canadian debt-to-asset ratio to 18.6 per cent, the lowest in six years though still higher than the levels before the recession.

"Flipping that ratio on its head, this implies that Canadian households have $5.39 of assets for every $1 of debt," he said.

BlackBerry posted a first-quarter profit of $23-million (U.S.), or 4 cents a share, compared to a loss a year earlier of $84-million or 16 cents, The Globe and Mail's Omar El Akkad reports.

Its adjusted loss was $60-million or 11 cents, better than the 25 cents expected by analysts.

"Our performance in fiscal Q1 demonstrates that we are firmly on track to achieve important milestones, including our financial objectives and delivering a strong product portfolio," said John Chen, the new chief executive in the midst of a turnaround.

"Over the past six months, we have focused on improving efficiency in all aspects of our operations to drive cost reductions and margin improvement. Looking forward, we are focusing on our growth plan to enable our return to profitability."

Charney ousted
Montreal-born Dov Charney, the controversial founder of casual clothing retailer American Apparel Inc., has been ousted as chairman of the company, and the board is preparing to fire him as chief executive and president as the result of an investigation into alleged misconduct.

The colourful entrepreneur will be terminated "for cause" after a contractual 30-day notice period, Los Angeles-based American Apparel said in a statement, The Globe and Mail's Bertrand Marotte reports. Mr. Charney declined to comment, when contacted.

But Mr. Charney, 45, was also known for his anti-sweatshop, pro-worker stance and for insisting on manufacturing his product in the United States, rather than going abroad for cheap labour.

"We take no joy in this, but the board felt it was the right thing to do," new co-chairman Allan Mayer said in a statement.

Harassment 'pervasive'
Harassment in the workplace remains "pervasive" in Canada, though a new survey suggests it has eased over the past two years.

Some 23 per cent of those polled told Leger Marketing, which conducted the survey for Queen's School of Business, that they had "personally experienced workplace harassment."

That, the university said today, marks a decline from 28 per cent in similar 2012 poll.

Those saying they had witnessed it eased to 25 per cent from 33 per cent.

But troubling is that 4 per cent said they "are currently experiencing it," or have over the past year, which just about matches the 2012 poll.

The findings from the online survey of 1,501 people in April indicates that education and legislation are hitting home, the university said.

But while the survey findings are encouraging, said associate professor Jana Raver, "the fact that roughly one out of four people still admit to experiencing it personally is hardly cause for celebration."

"While Hollywood may stereotype workplace harassers as males, the survey reveals that an increasing percentage of Canadians now report witnessing it from both genders," Ms. Raver said in a statement as she called for the "same commitment to eradicating workplace harassment" as there has been to eliminating other job-related threats.

Glimpses of a new BlackBerry after better-than-expected results
June 19, 2014 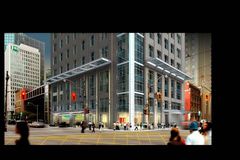