You can decide when you look at your grocery bill whether we’re gaining or losing from the depressed state of the Canadian dollar.

But, as the Bank of Canada noted today, there’s certainly a strong case to be made for the benefits to the broader economy.

The central bank’s comments came as it held its key rate steady at 0.5 per cent and, as The Globe and Mail’s Barrie McKenna reports, boosted its forecast for an economy that is suddenly faring better than expected, with the promise of more from the stimulus measures of the federal government.

As for the loonie, the central bank calculated in its monetary policy report that the pass-through effect on consumer prices added up to a full percentage point to overall inflation in the first quarter.

But the currency’s fall has also made Canadian exports more attractive, helping to shift the economy away from a battered resource sector. 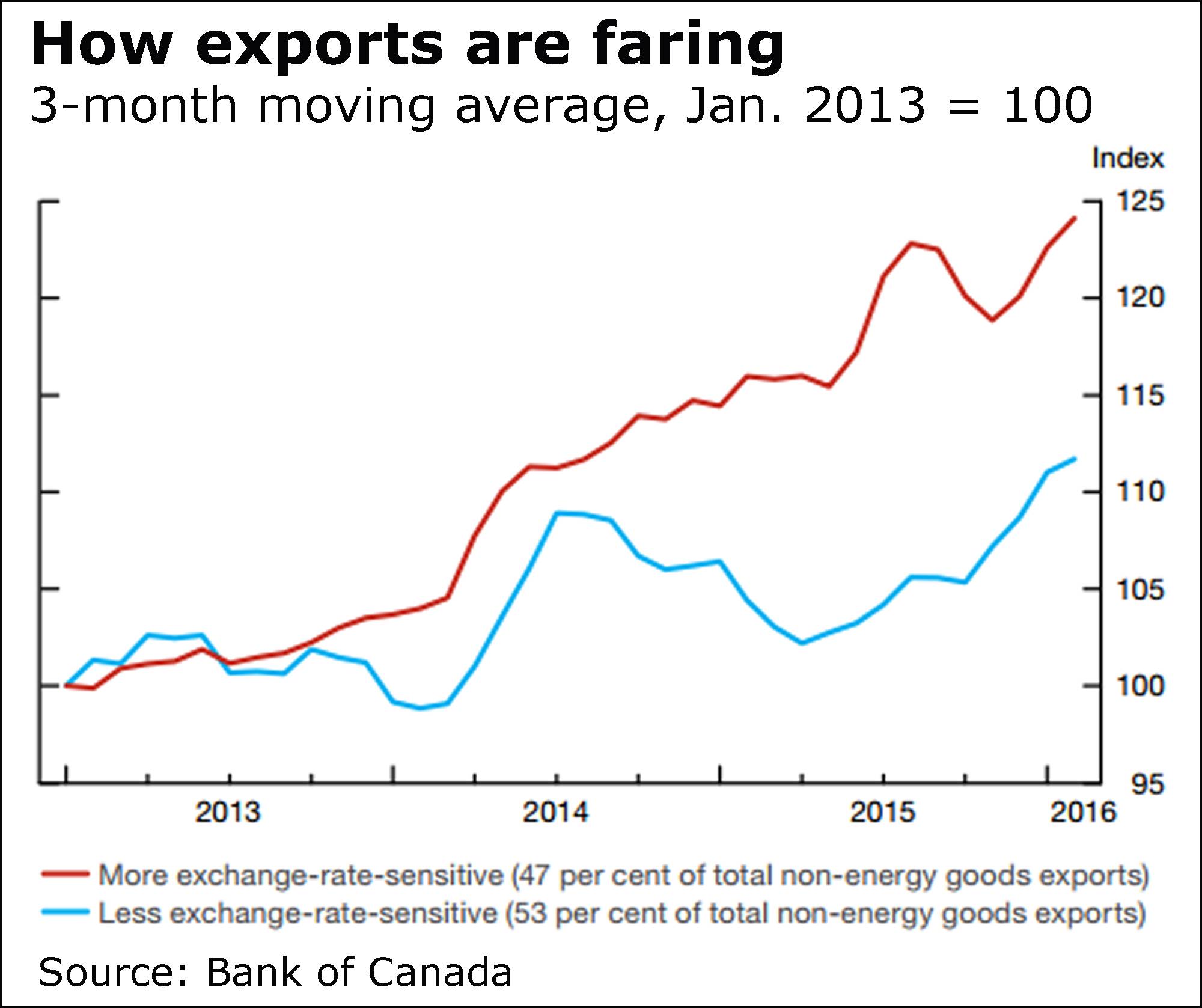 “While the timing and magnitude of the benefits of the depreciation differ across industries, several categories of goods exports that are more sensitive to the exchange rate are showing positive momentum,” the central bank said.

Canadian companies, it added, have started “to use their better pricing position to increase their share of foreign markets.”

The dollar initially shot up after the central bank report, though fell back later, trading today in a range from 78 cents (U.S.) to 78.4 cents.

The Bank of Canada warned at the same time that the recently stronger loonie could have an impact.

“Non-resource exports are expected to strengthen, but their profile is weaker than previous projected, in part because of slower foreign demand growth and the higher Canadian dollar,” it said in its accompanying rate decision statement.

“Notable was the bank’s willingness to mention the strength of the C$ as resulting in a downgrade in their projected path for non-energy exports, obviously an effort to caution markets about taking the loonie much further,” CIBC World Markets economists Avery Shenfeld and Nick Exarhos said in a research note.

As National Bank Financial’s Paul-André Pinsonnault and Krishen Rangasamy also noted, Bank of Canada Governor Stephen Poloz and his colleagues were “careful” not to appear too hawkish.

“The central bank doesn’t want to fuel a Canadian dollar that is already at a multi-month high versus the [U.S. dollar],” they said.