In remarks at a Toronto conference for forensic investigators, Mr. Greenspan complained "business bashing" has resulted in white-collar crimes "moving to the top of the hit parade" and said they are now being treated as harshly by the courts as violent crimes, especially in the United States.

"Police officers, crown attorneys and lawmakers started looking for this new fall guy, and the new object to focus public hysteria upon, and it's clearly the business person's turn," Mr. Greenspan said.

"Business people are the new bad offenders, very bad offenders. Businessmen represent the crime wave of now, or so people think. Don't treat them any better than heroin dealers, mafioso or child abusers. Most people believe corporate executives, by virtue of their position in a company, are simply guilty and that there's nothing to talk about. Trials are unnecessary, trials are not needed - we all know that they're guilty."

His comments Monday were met with skepticism by legal observers who noted Canadian courts are usually accused of not being tough enough on white collar cases.

"Certainly we believe the exact opposite of what he's saying, that there's a very serious lack of enforcement in the criminal justice system of white collar crime," said Stephen Griggs, executive director of the Canadian Coalition for Good Governance, which represents most of Canada's largest institutional shareholders.

"The fact we've had one or two high-profile cases in Canada - 10-plus years after the fact - is evidence of the problem."

University of Toronto law professor Anita Anand, who specialized in business law, said she hasn't seen evidence that people are being dealt with unfairly by the courts.

"In my view, the convictions would not result unless evidence exists to reach the conviction, and I am heartened by the fact there is a very high burden of proof which protects our accused," she said.

In his remarks Monday, Mr. Greenspan also complained that executives are being unfairly portrayed as dangerous criminals. For example, he said the lead prosecutor at the Hollinger trial told the jury the accused were like masked bank robbers with guns.

However, securities lawyer Kelley McKinnon, a former chief litigation counsel at the Ontario Securities Commission, said many in the justice system have worked hard to convince judges and prosecutors that corporate fraud is as devastating as other criminal offences and should not be treated as a minor crime.

"They're not victimless crimes, there is serious harm," she said Monday.

Mr. Greenspan also complained Monday that too often evidence in corporate fraud cases is gathered by private investigators working for a company, and the information is handed to the police in "a tiny package with a bow on it."

This makes it difficult for lawyers to defend a case that has been "shaped" by the other side. In the Hollinger case, for example, he said a special committee of the board concluded there had been a $500-million (U.S.) fraud at the company long before any police investigation was done. Mr. Greenspan noted Mr. Black was found guilty in U.S. court on charges of fraud involving just $6-million of fees.

"It's very difficult in a case when you're dealt a hand that says '$500-million' to bring that down to zero.... Had the case started with an allocation of $6-million, there would have been no conviction whatsoever," he predicted.

Mr. Greenspan also said he is upset about a trend away from using expert witnesses in corporate accounting cases. In the recent Livent trial, he said the Crown did not call any official expert witnesses to testify about the company's accounting treatments.

"That used to be the role of the expert, but it seems no longer to be necessary," Mr. Greenspan said. "Judges are willing to accept people not declared to be experts that simply state these things and make determinations."

Mr. Greenspan said the Crown in the Livent case "gambled that expert testimony was not needed, and they won the gamble." But he said he is waiting to see what the Ontario Court of Appeal decides about that issue. 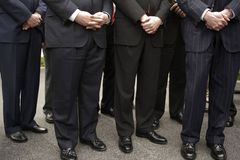 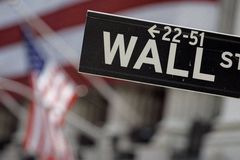 Garth Drabinsky's many roles
April 30, 2018
Curtain comes down as Drabinsky, Gottlieb to serve time
April 28, 2018
Follow Janet McFarland on Twitter @JMcFarlandGlobe
Report an error Editorial code of conduct
Due to technical reasons, we have temporarily removed commenting from our articles. We hope to have this fixed soon. Thank you for your patience. If you are looking to give feedback on our new site, please send it along to feedback@globeandmail.com. If you want to write a letter to the editor, please forward to letters@globeandmail.com.
Comments