Through the partnership, the Canadian startup, which sells iPads to restaurateurs loaded with an app that enables waiters to process orders, handle payments and split bills, will gain access to thousands of restaurants, brewers and other food-service industry players who are among Chase's four million small-business clients. In addition, Chase – JPMorgan's consumer and commercial bank banner – said it will actively promote the platform to its customers.

"We'll have access to all their channels," including more than 5,000 Chase bank branches, said TouchBistro founder and CEO Alex Barrotti, whose company now has close to 12,000 restaurant customers in more than 100 countries and processes more than $6-billion in payments on an annualized basis. "We don't know how many could convert, but either way it will be impactful."

Peter Misek, a partner with BDC Capital's IT Venture fund, which has funded the company, and a member of TouchBistro's board, said the deal "signals for TouchBistro a dramatic increase in sales, opportunity, impact and value-add for their clients."

Restaurants that sign up now with TouchBistro typically have to wait a couple weeks for payment processors partnered with the startup to confirm their credit-worthiness and approve them as customers. With the Chase deal, "when [restaurant owners] open the box they'll have everything they need to process ASAP," said Mr. Barrotti. The bank's WePay service will instantly allow restaurants to start processing payments, though the funds will be held and only released once it has done all its necessary checks to formally approve the restaurants as customers.

Bill Clerico, CEO of Chase's WePay business, said in an interview the bank is seeking to partner with individual software providers who are the leaders at serving particular segments of the broad small-business market "vertical by vertical." He said Chase concluded "TouchBistro is one of the best providers into the restaurant market" thanks to its "restaurant in a box" approach whereby restaurateurs can start using the preloaded iPads to run their restaurant operations and process payments right out of the package. "It's an Apple-like experience ... and gives us a differentiated value proposition," Mr. Clerico said.

Mr. Barrotti said his company currently gets a share of revenue from payments processors for each restaurant it signs up using their platform. Those payments, which account for 15 per cent to 18 per cent of TouchBistro's revenues, will increase to about 25 per cent with the Chase deal. The bulk of the company's revenue comes from monthly fees it charges for its app. 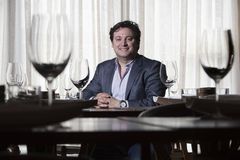 Restaurants embrace apps that allow patrons to order with their phones
October 8, 2015 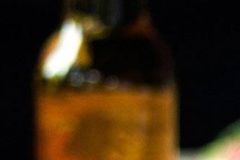