In pursuit of elusive younger readers who could bolster falling newspaper advertising revenue, the Toronto Star is pinning its hopes on a new edition made for tablets, a promising platform that has yet to radically shift reading habits.

The Star Touch application, launching Tuesday, is an ambitious but expensive bet on the device Apple Inc. has made a staple in many households since the first iPad in 2010, but whose popularity shows signs of stalling. And it marks a major change of course in the way the Star makes its news, and delivers it.

Since it was first announced last November, the Star has upended newsroom routines to make the tablet edition's needs paramount and shift to a more TV-news-style production cycle, without abandoning its print, online or mobile offerings. The tablet has changed the way the Star crafts its news, promising richer visuals and more interactivity, but whether it can reshape and expand readership remains an open question.

"It's the biggest change in storytelling in a century" at the Star, said John Cruickshank, the newspaper's publisher. "The newsroom is producing for the tablet, and everything else will fall out of that. And that's huge."

Star Touch is built on technology and training provided by partner La Presse, the Montreal-based French language daily that has staked its future on its own tablet-based paper, La Presse+, and said it will scrap its paper edition in the near future. The Star is sticking with print while counting on tablets to reach younger readers in a more competitive English market, especially those in their 30's. The Star's website attracted 4.2 million unique visitors in July, according to comScore Inc., but Mr. Cruickshank is chasing a wider audience.

The Star's revenue has been flat or falling, with print advertising revenue – still the financial engine – declining by more than 20 per cent in some recent quarters. In that context, Star Touch is a costly venture.

To produce it, the Star hired about 100 people, 70 of them in the newsroom – reporters, videographers, designers, graphic artists and so on. Its parent company, Torstar Corp., is pouring an estimated $13-million to $15-million in capital spending into the initiative in 2015, plus $8-million to $9-million in operating costs, some of which – such as salaries for new hires – are ongoing.

"It's a significant gamble," said Ken Doctor, a media analyst at Newsonomics.

And after a failed experiment selling digital subscriptions using a metered paywall, the Star made its online news free again in April, convinced younger readers wouldn't pay. The new tablet edition will be published just once a day, before 6 a.m. ET, and is also free, relying solely on ads to make money.

"That's the major risk here," Mr. Doctor said. "The question is: Can you get a significant number of people to adopt a print-like habit with the tablet and read it thoroughly?"

Early returns from La Presse+ look promising. Some 60 per cent of La Presse's revenue now comes from the tablet edition, and 24 per cent of tablet readers are 35 to 44 years old. The paper claims 460,000 people read weekly through the app, for an average of 40 minutes on weekdays, an hour on Saturdays and 50 minutes on Sundays. (To quell skepticism, La Presse enlisted the Alliance for Audited Media to certify its ad impressions.)

Anticipating that the English market will be tougher, the Star is discounting its expectations, but "I'd be very happy to get close to that," Mr. Cruickshank said.

A majority of the Star's 100 core ad partners have signed on, with many buying bundles of tablet and print ads that offer a discount over the first six months. Mr. Doctor expects the Star eventually hopes to reap print-like ad rates, which are typically several times higher than the prices for Web-based ads. To reach that threshold, advertisers will want to see a "critical mass" of daily readers spending significant time in the app.

"They've got to prove this is not an only-in-Quebec phenomenon," Mr. Doctor said.

La Presse is also in discussions to sell its technology and training to other news outlets in the United States and Europe. "There's a lot of interest for our model," said vice-president of communications Caroline Jamet. But potential partners will be watching to see how the Star's version performs.

Around the world, tablet ownership is still growing, said Vladyslav Mukherjee, research analyst for tablets at IDC Canada. But global sales fell 7 per cent in the second quarter of this year, and the slowdown was even more pronounced in Canada.

"They are definitely becoming a supplementary device," Mr. Mukherjee said.

Other media outlets have invested in tablets, but almost none so singularly as the Star.

In the spring, The Globe and Mail launched a new app for iPads and iPhones that's updated throughout the day. Maclean's magazine recently added a free daily "Bulldog edition" for federal election coverage to its tablet app. And Postmedia Network Canada Corp. has rolled out new tablet editions at several papers, including the Edmonton Journal on Tuesday, but readership has been low and the company is already shifting its focus to breaking-news-focused smartphone apps.

So what if tablets aren't the solution to the Star's demographic and financial woes? "Then we work a lot harder at developing a business model on the smartphone and we look to continue technological development," Mr. Cruickshank said. "Even if this should founder, and I don't believe it will … we're going to be pushing forward in the digital world." 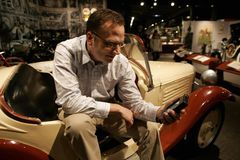 Struggling Torstar wagers $200-million on a niche digital company
May 15, 2018 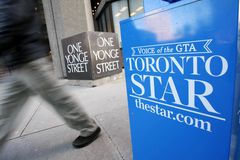 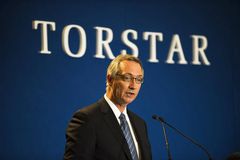