As world financial centres battle to become offshore trading hubs for the Chinese yuan, Toronto and Vancouver appear to be setting aside some differences to put up a united front in pitching Canada as the next logical destination.

Groups in the two Canadian cities have been jostling over which should get to become an official hub for trading in the Chinese currency. But British Columbia, hoping to woo Asian investment to the province on a number of fronts, is now working with Toronto rather than firmly against it – although there remains some division over whether Canada's traditional financial capital or the country's historic Pacific gateway city will land the actual exchange.

"We can do this one of two ways," B.C. Finance Minister Michael de Jong said in an interview. "We can preoccupy ourselves with the competition between two geographic regions – Vancouver and Toronto – or we can capitalize on the strengths that both of those centres would bring. I think that has merit."

Other global cities such as London, Singapore, Hong Kong and Taipei have risen as offshore trading hubs for the Chinese yuan, also known as the renminbi. Hosting a trading hub for the currency would help boost Canada-China trade, reduce currency-exchange costs to Canadian companies – which could easily swap Canadian dollars into Chinese renminbi without first converting it into U.S. dollars – and help create some highly skilled jobs.

Amid concerns the United States may land the next offshore trading hub, six Canadian banks, two Canadian insurers and two Chinese banks have created a working group, said Janet Ecker, CEO of the Toronto Financial Services Alliance. They have convinced Ottawa that there is broad industry support for an offshore trading hub in Canada, she said, and they are now working through specifics, such as trading infrastructure.

"This isn't, and shouldn't, be a question of either-or," Ms. Ecker said, speaking as she visited Vancouver on business. "It's about positioning Canada."

Mr. de Jong said he has reached out to federal Finance Minister Joe Oliver and told him it doesn't make sense to have two Canadian cities competing against each other on the global stage, and noted that groups in the two cities are now collaborating.

"My view, and what I shared with Federal minister Oliver, is that we'd be wise to bring those groups together and develop a pan-Canadian approach to this," he said. "I think we're better off, and stand a better chance of succeeding, if we don't spend all our energy competing with one another, and capitalize on the challenge that exists and the advantages that exist from both jurisdictions."

Sarah Kutulakos, executive director of the Canada China Business Council, said she's seen an uptick in interest from her members as more companies bid on contracts in yuan. "Initially, both cities were saying they wanted to be the hub. I had a fear that they'd argue about it for so long that San Francisco would come in," Ms. Kutulakos said. At the same time, she said, it doesn't matter which city hosts the exchange, since companies across Canada would benefit.

Becoming a hub for Chinese money is tougher than it seems Subscriber content
May 12, 2018 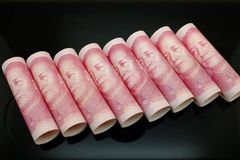 If China has a financial crisis, almost nothing will be spared Subscriber content
May 12, 2018 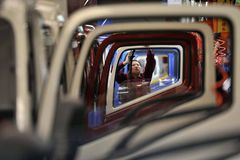 Follow Iain Marlow, Shawn McCarthy and Ian Bailey on Twitter @iainmarlow @smccarthy55 @ianabailey
Report an error Editorial code of conduct
Due to technical reasons, we have temporarily removed commenting from our articles. We hope to have this fixed soon. Thank you for your patience. If you are looking to give feedback on our new site, please send it along to feedback@globeandmail.com. If you want to write a letter to the editor, please forward to letters@globeandmail.com.
Comments