The Toronto Star is abandoning its "paywall" strategy of charging readers for online content, adopting a model that focuses on generating more advertising revenue from a free tablet edition.

In a shift away from the approach being taken by many newspapers in North America and elsewhere, Canada's largest newspaper will stop charging for access to its Web content. Like many papers, the Star currently has a "metered paywall" where readers can see 10 stories a month on the Web before having to pay for a subscription. Print subscribers can sign up for free.

As of next fall, that model will change, and the Star's owner, Torstar Corp. will launch a free tablet edition, aimed at getting more younger readers and boosting its advertising revenue.

Torstar is partnering with the Montreal daily La Presse, which spent $40-million to launch its interactive tablet edition in 2013.

Star publisher John Cruickshank said on a conference call that he was impressed with La Presse's "real success in establishing deep engagement with a younger audience" through the tablet edition. "They have got audience engagement in the area of three quarters of an hour daily, and up to an hour on Saturdays," he said. "These are numbers we haven't seen in the digital world at all to date."

But the Star will keep its "multiplatform" strategy, he said, which includes a commitment to its print subscribers.

When La Presse launched its tablet edition, publisher Guy Crevier said a paywall only makes sense for big papers with specialized or business-oriented content, such as the New York Times or the Financial Times.

Ken Doctor, a San Francisco-based media analyst at Newsonomics.com, said the Star is gambling that it can get more incremental advertising revenue from the tablet edition than it will give up from the paywall. "They are saying: we think the digital ad money is greater than the paywall revenue, but we need the kind of product that is going to interest and excite digital advertisers, and really get them returns."

In general, paywalls have helped offset some of the falling print advertising revenue at many papers, Mr. Doctor said. Across North America, circulation revenue was up 3 to 4 per cent over the past year, partly due to income from the paywall subscriptions, he said. But that is not nearly enough to offset the drop in advertising revenue, especially in print.

The La Presse tablet edition has shown that there is scope for expanded advertising sales, he said, because it allows for the innovative use of interactive advertising. "That's where La Presse has really proven this out."

One concern, Mr. Doctor said, is that the growth in using tablets to read news content appears to be flattening out. With mobile phone screens getting bigger, it is not clear if the tablet market will expand as much as once thought.

Globe and Mail publisher Phillip Crawley said the divergent strategies being adopted by different newspaper groups "reflects the fact that the industry has got some hard choices to make."

In addition to the paywall approach, some papers make digital readers watch an advertisement before they get access to a certain number of news stories.

The Globe is confident its paywall strategy – which involves a "high-end niche audience" paying for premium content – is the correct one, Mr. Crawley said. The paywall is "an important new source of revenue," and it also helps increase loyalty among print subscribers, he said.

The paper currently has about 120,000 subscribers for its "Globe Unlimited" digital edition. Of that number, 67,000 get digital access as part of their print subscription.

Many local newspapers in North America have not managed to make a paywall strategy work, Mr. Crawley said, because "they don't have sufficiently strong content to do this."

Torstar, which plans to invest $1-million to $2-million this year and $10-million to $12-million in 2015 to create the new tablet product, said third quarter operating revenue fell 7.3 per cent to $199.9-million. Profit was $125.3-million, compared to a year-earlier loss of $70.1-million, thanks to gains from the sale of its Harlequin division.

Why an ad-free, no-cost social network is unsustainable
October 30, 2014 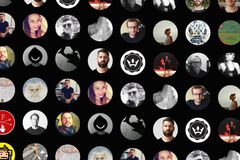 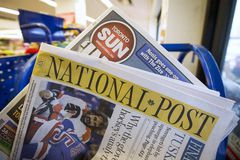 Court sides with Globe in dispute over settlement with Jan Wong
November 3, 2014 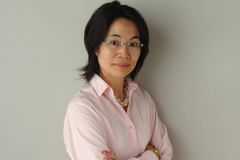