Toyota Motor Corp.'s two assembly plants in Ontario are well-positioned to win new investments as the auto maker looks for ways to boost production in North America to offset the surge in the value of the yen that is wreaking havoc on its financial results.

An investment at either Toyota plant in Cambridge, Ont., or Woodstock, Ont., would be a boost for the sector in Canada, which is facing the pressure of a rising Canadian dollar and whose leaders will be told by a consultant today that the industry's competitive position here is deteriorating.

Using North American plants to assemble the Prius, which started with a sedan but now includes a small minivan, a so-called city car and plug-in electric models, is "almost like – to me – a no brainer," Mr. Inaba said during a lunch at the Canadian International Auto Show in Toronto. He said he's pushing for a decision as soon as possible on whether to do that, and where.

Mr. Inaba is the second senior Toyota executive in recent months to point to increasing production of hybrid vehicles in North America as a tactic the company needs to adopt. Atsushi Niimi, Toyota's executive vice-president and Mr. Inaba's boss, told The Globe and Mail in Toyota City, Japan, in November that he believes it's time for North American plants to build more hybrids.

Mr. Inaba said he's open to the possibility of assembling Prius models in Canada. But industry experts believe it's much more likely that Toyota will assemble the Prius at a U.S. location.

There is a greater likelihood that the Cambridge plant, which is the only Toyota factory outside Japan that makes vehicles for the luxury Lexus brand, will be asked to increase production.

Workers at that plant now build the RX350 crossover utility vehicle, but that model is also put together at a plant in Kyushu, Japan. Assembling all RX350 models at Cambridge is under consideration, Mr. Inaba said.

"The exchange rate plays a very important role in our business decisions, that's why we are considering all the possible scenarios of trying to mitigate the impact," he said. He added that he's not sure how long the yen will stay at its current near-record high of about 78 to the U.S. dollar, but he hopes the currency pressure will ease this year.

In addition to producing more vehicles outside Japan, Toyota could increase local content, ship parts to Japan from North America or buy more raw materials in locations where it builds cars and trucks, he added.

Inside Toyota, there is a growing body of opinion that the surge in the value of the yen is more than a temporary phenomenon and that production needs to be expanded outside Japan to offset the battering the company is taking from the currency, said one source familiar with the debate.

Mr. Inaba announced last week that a factory in Princeton, Ind., will begin assembling hybrid versions of the Highlander crossover next year.

Toyota's traditional practice has been to produce a vehicle in North America once it reaches a certain threshold. Prius passed that threshold long ago and ranked as the third-highest-selling vehicle in the company's lineup last year in the United States. Toyota sold 136,463 Prius models last year, down 3 per cent from 2010, but sales were hurt by the March, 2011, earthquake and tsunami that disrupted supplies. 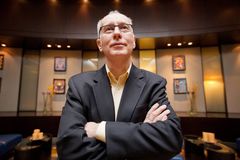 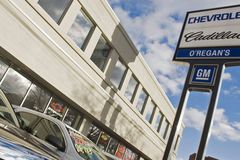 Hot metal highlights at the Toronto auto show
May 3, 2018 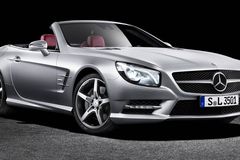