They could "blow up" the markets, one of Wall Street's biggest players warned, and even the backers of these funds caution that they are not for novice investors – or the faint of heart.

Before you start thinking these investments must be some exotic, difficult-to-buy security, think again. We're talking about leveraged ETFs, a niche class of exchange traded funds that offer investors potentially greater upside – and downside – by increasing an investor's market exposure to a particular index through the use of leverage.

Because they come with significant risks and scary warnings and are more of a monitor-daily investment rather than the typical buy-and-hold ETF, they comprise a small fraction of the ETF universe.

Most ETF issuers have shied away from leveraged ETFs, saying that the risks for investors are too high, especially in the wrong kind of markets. Laurence Fink, chief executive of ETF leader BlackRock Inc., said last year that they could "blow up" the industry and should be legislated out of existence.

Even proponents of leveraged ETFs acknowledge that they are not appropriate for every situation. In markets featuring low volatility a leveraged ETF can generate returns or losses that are roughly twice the returns or losses of the index. In highly volatile markets, all bets are off and returns and losses could well exceed the expected two times leverage.

"If you are right, it is great. If you are wrong, it is deadly," said Yves Rebetez, a chartered financial analyst and managing director and editor of ETF Insight, which follows Canada's ETF industry.

Mr. Rebetez has recent experience with the leveraged fund product. Convinced that the price of crude oil had further to fall this past spring, he purchased an "oil bear" ETF hoping to successfully short the world's most important commodity.

"In short order I had probably lost 20 to 30 per cent because of the chop in volatility and because the price wasn't coming down," Mr. Rebetez said. He ended up holding on to the position (in the Horizons BetaPro NYMEX Crude Oil Bear Plus ETF) for a few months before profitably exiting his position in two transactions this summer when oil prices were slumping.

Mr. Rebetez, a seasoned investor, said his recent experience illustrated why leveraged funds will likely remain a small segment of the ETF universe for him. "The reality is a lot of people don't like on paper losing 20, 30 or 40 per cent in a real hurry."

In Canada, just one provider offers leveraged ETFs, Toronto-based Horizons ETFs Management (Canada) Inc., which sells 26 leveraged funds that allow investors to make bearish or bullish bets or capitalize on volatility. "They are for investors with a view," said Howard Atkinson, president of Horizons.

"To be really used successfully you need a trader's mentality," he said. In other words, investors are making calculations based on technical analysis or perhaps even a major news event that has shifted markets.

"The other thing I mean by trader's mentality is that traders measure into and out of positions very carefully and accept small losses, and they let their winners run," he said. "But they don't let their losers destroy their capital."

If an investor is willing to trade like a trader and, for example, use stop-losses or have the discipline to sell part of their gains early in a trade, then leveraged ETFs might make sense.

"These are definitely not for 'buy, hold and forget' or investors with a long-term view," Mr. Atkinson said.

He noted that leveraged ETFs make up a sliver of the greater ETF marketplace, about $1-billion compared with $85-billion invested in ETFs in Canada.

Given the criticism of the funds, Mr. Atkinson also wanted to highlight another benefit: Though they are risky, losses are limited compared to short-selling securities. "If it does go horribly wrong you can lose your entire investment but you can't lose more than that," he said of leveraged ETFs.

What bets are investors placing with Horizon ETFs? The most popular funds historically have been those that track crude oil and the price of natural gas, both for the bulls and bears, Mr. Atkinson said.

Dan Hallett, who is today a vice-president and principal with Highview Financial Group in Oakville, Ont., in 2009 wrote a report on leveraged ETFs that was sponsored by Horizons. He tackled the "common myths and criticisms" of the funds and concluded that they indeed do what they promise to do.

That does not mean investors should be running to buy a leveraged fund, however, he said recently.

For Mr. Hallett, a "required minimum" of research that a would-be leveraged ETF investor should conduct is to go through the educational sections of the offerers' websites.

He hastened to add that he is not "singling out" leveraged funds. "I would say the same thing for the average investor in the context of sector ETFs and funds, and regional or country funds.

"In very broad context, they are all just different ways to make bets, and the average investor probably shouldn't bother making those kinds of bets." What’s coming next: mutual funds with hedging powers
May 15, 2018 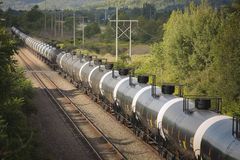 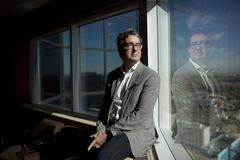 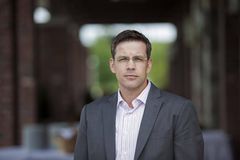 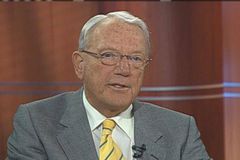 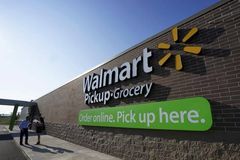