To read the headlines, Argentina, Turkey and Ukraine are barrelling toward a crisis that will trigger an emerging market catastrophe bent on sinking us all.

Forget it. Argentina is a shrunken, perennially messed-up country whose failure would hardly shatter the global economy. Turkey is a rising economic power equipped with political leadership that is too savvy to allow a crisis to ruin everything. Ukraine? The photos of barricades and medieval-style catapults on the streets present an image of utter chaos. But if you worry about the fallout of an economy that is one-tenth the size of Canada's, maybe you should collect Loblaw coupons instead of emerging market funds.

Save your worry for China.

There are signs of trouble within an economy that has been propelling global growth for 30 years or so. The growth rate is slowing while credit growth is galloping ahead at an unsustainable pace. The vast shadow banking system is a black box: Nasty things lurk within, as this week's bailout of a dud $500-million (U.S.) trust loan showed.

The numbers hardly created a great sucking sound. Some investors will use the sunken values as a buying opportunity.

Others will hold tight or join the exodus, such as it is. The danger is panic. If fund mangers see other fund managers pulling the plug, the herd mentality can kick in fast, leading to a crushing stampede.

A more benign form of exodus could be called portfolio contagion. That's when an investor is losing in one part of his portfolio but winning elsewhere. So, he liquidates the winner to cover the losses in the loser, which is also sold. The selling pressure can build quickly, giving the impression that the entire emerging market is rotten, when it is not.

Every emerging market investor is, of course, nervous and trying to figure out what might spark a mass exodus.

China does not typically figure large in the doomsday scenarios. China came to the rescue after the 2008 financial collapse, importing everything that could be dug out of the ground to feed its burgeoning factories. Economists expect its economy to expand 7.5 per cent this year, a dream figure for a Group of Seven economy.

But 7.5 per cent is well short of the 10-per-cent growth rates that China pumped out year after year without fail.

The weaker Chinese growth rates have already hit commodity prices, making a mockery of the "stronger for longer" commodity cycle theory that more than a few mining and oil CEOs used to justify epic capital spending programs. Note the monster writedowns at companies such as Rio Tinto since then.

Runaway credit growth is the bigger worry. According to Capital Economics, total credit in China (including bank loans) is more than 200 per cent of gross domestic product, up from about 150 per cent at the end of the last decade.

Ruchir Sharma, head of emerging markets at Morgan Stanley Investment Management and author of Breakout Nations, calculated that the credit gap – the rise in private sector credit as a proportion of GDP – has climbed 71 percentage points since 2008, taking total debt to 230 per cent of GDP. "A credit boom of this scale is not likely to end well," he wrote this week in the Financial Times.

He noted that many countries with extreme credit booms went on to suffer credit crises and all suffered falling growth rates, sometimes precipitously. In recent years, the victim countries have included Thailand, Malaysia, Chile, Zimbabwe and Latvia. China next?

China's shadow banking system, which is responsible for much of the credit buildup, has emerged as a potential landmine. The system has thrived because it paid investors a fat return and used their money to make loans to borrowers who were unable to obtain loans at the low official banks rates. It is believed some of these high-priced loans were doled out to local party officials or governments to fund dubious projects.

If shadow banking loans start to blow up, or Chinese regulators rein in the system, the consequences would be potentially horrendous.

This week's bailout of the $500-million trust loan, which was backed by loans to a defunct coal company, gave emerging market watchers the jitters. Citing Merrill Lynch figures, the FT reported that about $660-billion of trust loans are due for repayment or refinancing this year.

George Soros, who has a rather good history of anticipating financial ugliness, has turned into a China bear. Quoted in the Guardian in early January, he said: "The growth model responsible for [China's] rise has run out of steam … restarting the furnaces also reignites debt growth, which can't be sustained for much longer than a couple of years." 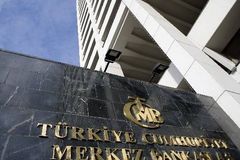