For years, television commercials have jerked viewers out of their seats with sudden spikes in loudness – but by this time next year, broadcasters will have to prevent advertisers from pumping up the volume.

The Canadian Radio-television and Telecommunications Commission announced on Tuesday that broadcasters must control the loudness of the ads they air on TV. Their deadline to do so is Sept. 1, 2012 - the beginning of the fall TV season next year.

The federal broadcast regulator received 304 complaints about noisy commercials from Canadians last year, more than double the number it received in 2009.

But even more letters poured in this year, after the CRTC launched a process in February asking for comments from the public about loudness in television ads. It received more than 7,000 comments in response to that request.

"This has been a perennial issue. People have been complaining to us…we said, it's time to do something," CRTC chairman Konrad von Finckenstein said in an interview Tuesday. "There's no reason why the industry can't do it. The costs are minimal. The technology is there."

The CRTC said in its statement that equipment to control loudness in commercials is widely available.

That's mostly because there's a market for the equipment: broadcasters in both the U.S. and the U.K. have already been required to address the problem of loudness in ads.

The Broadcast Committee of Advertising Practice in the U.K. brought new rules into effect in 2008. The Advertising Code there now states that "advertisements must not be excessively noisy or strident."

Last December, the CALM Act was passed in the U.S. (the initials in the name stand for Commercial Advertisement Loudness Mitigation) requiring the Federal Communications Commission to keep TV networks in line. Within one year, the FCC must ensure that advertisers use industry technology to modulate sound levels, so that ads will be aired at a reasonable volume.

The U.S. law was based on recommendations established in 2009 by the Advanced Television Systems Committee (ATSC), an international group that works to develop TV standards.

The CRTC is now telling broadcasters to adopt that standard for tracking television signals, to make sure commercials are not significantly louder than the TV shows they accompany. The CRTC will publish regulations by the end of this year requiring broadcasters to follow the ATSC standard, and they will be asked to implement it by next September.

The changes only apply to TV advertisements and will not be enforced for noise variations in videos that stream on broadcasters' websites, such as ctv.ca or globaltv.com.

The call for comments in February came just days after a B.C.-based Member of Parliament proposed that a law be passed to change Canada's Broadcast Act and require the CRTC to mitigate loudness in TV ads, the way the CALM Act in the U.S. did with the FCC.

Conservative MP Nina Grewal introduced the private member's bill, which was scheduled to be debated in Parliament in March but was held up by the federal election. The regulator's move to create new rules now means a new law is not necessary.

"It's really great news for all of us, that the CRTC has responded with new regulations," Ms. Grewal said in an interview Tuesday. "I'm very, very happy that they have taken action.

WHAT THE BROADCASTERS SAY

The loudness "starts with the production side of the equation, which we don't control," Kevin Goldstein, vice-president of regulatory affairs for Bell Media , which owns Canada's largest private network, CTV, said in an interview Tuesday. "Realistically, from our perspective, to the extent that this issue is rectifiable, it requires a three-party solution: the broadcasters, the [cable and satellite providers]and, first and foremost, the production community."

Mr. Goldstein also said that in some cases, the problem is not with the broadcast, but is tied to viewer perception. If a program with relatively quiet dialogue switches to a "more action-oriented" commercial with a denser mix of sounds, viewers may think it is significantly louder when it isn't, he said. "Technically, there may not even be an issue."

Rogers Communications Inc. began using equipment to measure and control audio levels in 2010, the company wrote in a submission to the CRTC in April.

"Since we are deploying this solution throughout our entire cable network, Rogers will be able to maintain more consistent loudness levels between channels," Rogers vice-president of regulatory affairs, Pam Dinsmore, wrote in the submission, which said that the company had already begun controlling loudness on 120 of the TV signals on its cable service, including the most heavily viewed channels. "Rogers does not believe regulatory changes are required in order to ensure the effective control of the loudness of commercial messages relative to adjacent programming."

Quebecor Media Inc. has also been installing equipment to control sound levels on the channels it owns, including some of its TVA stations, and specialty channels LCN and Yoopa, the company said in a submission, also in April. It has plans to do more on other broadcast stations, and on specialty channels Addik, CASA, and Mlle. Like Rogers, Quebecor stated in its submission that regulatory changes are not needed to address the problem.

Shaw Media , which owns the Global TV network, has also been working to meet the new ATSC standard, a representative said in a statement on Tuesday. "Over the next year, we will consult with commercial producers, advertising agencies, and others to ensure we're compliant by the Sept. 1, 2012 deadline."

The CBC is studying the decision, spokesperson Marco Dubé said in a statement Tuesday. "We're going to get working on meeting the deadline."

COME ON, REEL IN THE NOISE

Excerpts from a few of the 7,000 responses to the CRTC's request in February for comments on the loudness of TV ads:

"I support controlling the loudness of commercial messages 100 per cent. It is completely unnecessary not to mention irritating to have louder commercials than the program itself. We constantly mute the TV during commercials due to the loudness. Commercials should be a the same loudness level as the program." Dan Wong, Sylvan Lake, Alta.

"I find significantly louder commercials to be very annoying, particularly when watching television after my children have gone to bed." Stephen Cadieux, Kanata, Ont.

"I get a headache every time the commercial gets too loud and this is every day … I strongly support regulating the volume level." Vijai Dial, Toronto

"[Advertisers]are wasting money as most of my friends either record to avoid the ads or mute as soon as possible." Patricia Horner, Aberdeen, Sask.

"In our home, we should not be held hostage by the advertisers - we mute the volume so that their messages are not heard at all!" Carol Tracey, Calgary, Alta.

"I fully support this initiative to restrict the noise level of commercials; it's become intolerable. I've already submitted a complaint to the CRTC about this but did not receive any response … I'd like to know why the CRTC hasn't acted sooner." René Ricard, Magog, Que., commenting in French

"Please make sure the noise level of commercials is the same or less than that of the regular programming to preserve our hearing and that of our children." Christiane Pfaender, Milner, B.C.

new
Bill aims to dial down the volume on noisy commercials
February 14, 2011 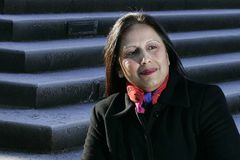 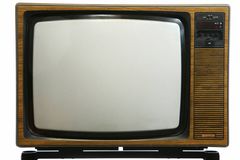