With one more win Thursday night, Team Canada hockey coach Mike Babcock could add the World Cup of Hockey to a sparkling coaching résumé that already includes a Stanley Cup and a pair of Olympic golds.

But for a couple of Toronto hockey fans, Mr. Babcock, who also doubles as coach of their beloved Toronto Maple Leafs during the National Hockey League season starting next month, has provided inspiration for their startup novelty clothing business.

Jake Mednick and Thomas McCole first came up with the idea for their Babsocks business when Mr. Babcock left the Detroit Red Wings last summer to sign an eight-year, $50-million deal with the Leafs. 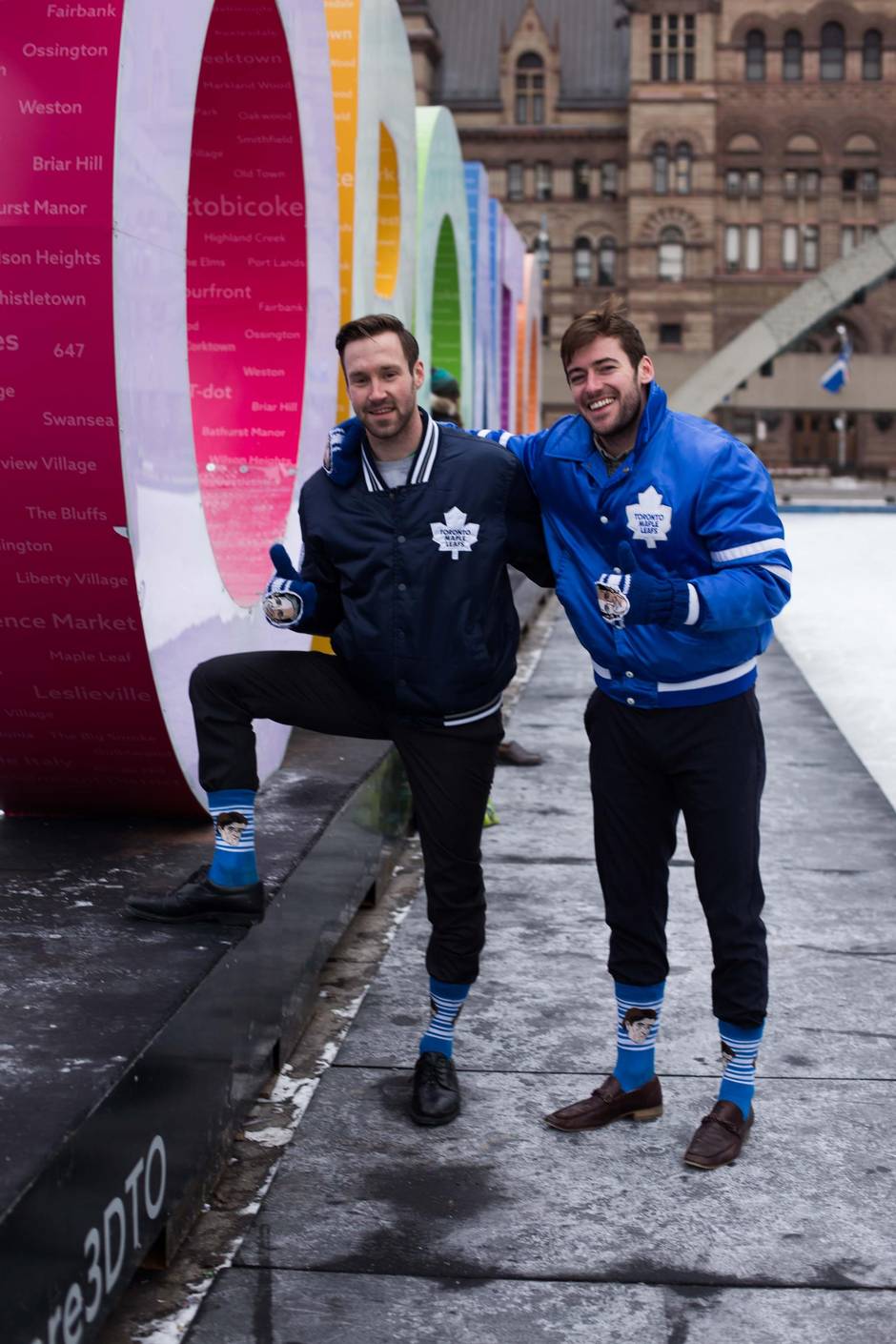 “I just said, wouldn’t a pair of Babsocks be funny,” Mr. Mednick says. “And Tom looked at me like I’d accidentally discovered electricity. I’ll be completely honest, I thought the idea wasn’t going to work and Tom was the one who said we have to get this done otherwise we’ll regret it for the rest of our lives.”

Initially selling $20 socks in Toronto’s traditional blue-and-white colours, complete with a cartoon caricature of Mr. Babcock wearing his habitual scowl, the two friends did about $120,000 in sales through the company’s website. Over the course of their first year in business, they also added a special edition green St. Patrick’s Day pair, along with a white pair reflective of the Leafs’ road uniforms.

But it was the World Cup of Hockey that gave the burgeoning Babsocks business a chance to scale upward considerably. When Mr. Babcock, who has coached Canada in the past two Winter Olympics, was announced as head coach for the tournament last November, it put in motion a sequence of events that put red-and-white pairs of Babsocks in 375,000 cases of beer – and gave the pair of business newbies the hope that their business would be a growing concern.

“We knew always we would do a Team Canada sock,” Mr. Mednick says. “At first we figured it would be from our own website on our own and then Tom came up with the idea to contact his professor, who knew somebody at Molson.”

Mr. McCole was studying marketing at George Brown College at the time, and after two meetings with Molson Coors this year, a deal was struck to put the red socks in 28-bottle packs of Molson Canadian for sale in Ontario.

“I knew it was going to be a home run for an in-case promotion,” says Mr. McCole, who has put school on hold to run the business full-time with Mr. Mednick, who gave up his day job at a community centre. 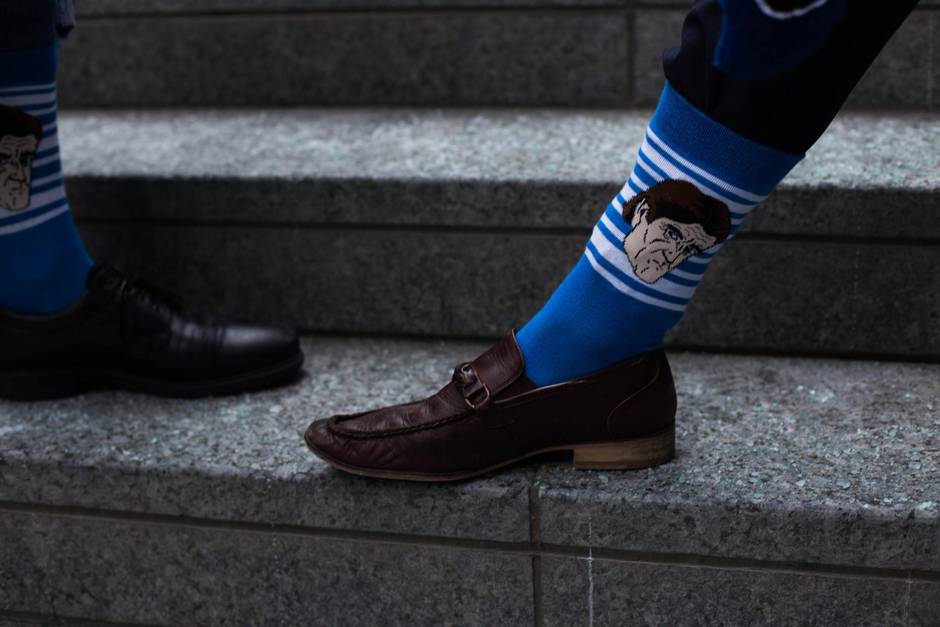 However, Molson eventually decided that it wanted to put the socks in cases of Coors Light as well, so the size of the order almost doubled overnight. After raising $500,000 to get the deal done, Mr. Mednick and Mr. McCole had just two months to get the socks to Molson.

They turned to Global Uniforms, a Montreal-based clothing company that had the socks manufactured in China, and took care of most of the details.

“I’ve never been a part of facilitating or organizing production of 375,000 [pairs of] socks,” Mr. Mednick says. “Tom and I have no background in that but ... every aspect of the process, from Molson to the manufacturing, [went] really smooth considering we’re just two East End Leafs fans with no experience in business or manufacturing.”

Though the idea is goofy and fun – two words that Mr. Mednick and Mr. McCole happily use to describe themselves – the partnership between Babsocks and Molson is natural though, according to marketing experts.

The practical necessity of socks, as opposed to throwaway promotional items, adds to the success of the partnership, she says. In addition, the popularity of cool socks that make a statement adds to the appeal of Babsocks as well.

Though Mr. Mednick and Mr. McCole have never met Mr. Babcock in person, they got a thrill when he ordered 30 pairs last Christmas. And though the socks bear his likeness and show a side of his personality, the only thing he’s asked of them is that the business duo is respectful toward him.

“We have a responsibility to him, to his reputation and to what that means to the city and the country and I think that’s fair,” Mr. Mednick says. He adds that the duo have a few plans up their sleeve for scaling up in future, though they would run any such plans past Mr. Babcock first.

Babsocks has taken orders from as far afield as Scandinavia and Germany, and the duo say they have now delivered the socks to every continent on the planet. However, they do wonder if anyone in China, where the socks are manufactured, knows exactly who Mr. Babcock is.

“They must think he’s like the king of Canada or something or the emperor of Canada, which in some ways, Mike sort of is,” Mr. Mednick says. “He’s the head coach of the most important hockey team in the country, maybe even more important than Team Canada sometimes, and he’s worshipped.”