Digital ride-sharing service Uber is teaming up with one of Canada's most recognized brands as it faces local challengers seeking to shut it down.

On Tuesday, San Francisco-based Uber Technologies Inc. announced a marketing promotion with Loblaw Cos. Ltd. to make it easier for customers without cars to pick up groceries they have ordered online.

Loblaw's "Click & Collect" e-commerce service is still in its testing phase at three Toronto-area locations. It allows customers to place orders that are filled by store staff, to speed up the grocery trip. Customers can then pick up the items in-store.

The service could be particularly appealing to time-pressed professionals. But for city residents who do not own cars, grocery trips are often limited to what they can carry home. The Uber promotion, which lasts until the end of the day on April 20, offers a free ride worth up to $30, to and from a Loblaw store for Click & Collect pickup.

The promotion comes at a crucial time for Uber, which is working to burnish its image in Canada in hopes of expanding further in the face of challenges from municipal governments and incumbent taxi companies.

It may also lend Uber an air of legitimacy as some Canadian cities push back against it.

Some local governments and competing taxi operators have raised concerns about the safety of encouraging people to get in strangers' cars and the extent of drivers' insurance coverage for commercial operations. Taxi companies have criticized Uber for operating outside of the regulations with which they must comply.

In Toronto, where the promotion is taking place, the city filed a court injunction in November in an attempt to shut down the service. The court date to hear that request is coming up next month. The City of Toronto has argued that Uber's model violates municipal taxi regulations.

After roughly six months in business in Vancouver in 2012, Uber pulled out of the market when B.C.'s transportation regulator ruled that the service could only operate with a minimum $75 fare per a trip.

Uber, meanwhile, has argued that it is a technology company, not a taxi company, and that too much regulation could inhibit innovation in the industry. The service currently operates in roughly 300 cities worldwide.

The company has won some support, as well. Toronto Mayor John Tory has said that technologies such as Uber are "making people's lives easier" and that regulators need to adapt to a changing world. In November, the Competition Bureau said in a statement that in the taxi industry, "innovative business models have the potential to offer important benefits to consumers through more competition, including lower prices, greater convenience and better service quality for a variety of reasons." The bureau urged municipalities to explore "less-restrictive regulations."

The company is no stranger to co-marketing partnerships. It has partnered with digital music service Spotify to allow riders to control the music in Uber cars. It has also teamed up with loyalty programs operated by American Express and Starwood Hotels & Resorts to award points to members who use Uber in a number of cities .

During the holiday season, Uber offered free rides to Loblaw-owned Joe Fresh clothing stores in Toronto, which included a discount on purchases there. Last month, Uber and retailer Roots Canada offered free pickup for Goodwill clothing donations in Toronto, alongside a discount offer at Roots stores. The new promotion is also an opportunity for Loblaw to further advertise its e-commerce service, and offers a contest for $1,000 in free groceries to any users; new Uber users also get a coupon for $10 off their next "Click & Collect" purchase.

"We believe there is a high level of commonality between the typical Uber user and Loblaw's Click & Collect user: Both are technologically savvy and utilize social media and apps regularly, both are digital early trend adopters and both value services that help to simplify a busy urban lifestyle," BMO Nesbitt Burns retail analyst Peter Sklar said in a research note on Tuesday, while noting that Loblaw's service is still "in its infancy."

However, the promotion was met with criticism from the taxi industry.

"When they're before the courts with the City of Toronto … I am surprised that such a well-known company would partner with them," said Kristine Hubbard, operations manager for Beck Taxi. "It's disappointing that all these taxi services that serve our community – licensed and properly insured taxi drivers – wouldn't be given the opportunity to participate in this promotion."

"Uber is free to strike up partnerships with whomever it chooses," Peter Zahakos, CEO of Co-op Cabs in Toronto, said in an e-mail, "but at the end of the day it's important for people to remember that Uber right now is operating illegally in Toronto; that its ability to even operate here is something that is before the courts; that Uber is operating outside of existing regulations; and that there are concerns around the world, not just in Toronto, when it comes to passenger safety and inadequate insurance."

Loblaw partnered with Uber, as opposed to others such as taxi companies, in order to target people in Toronto "who have already declared an interest in tech-based convenience," Loblaw senior vice-president for e-commerce, Jeremy Pee, said in an e-mailed statement. Asked about the credibility that the Loblaw brand could lend to its marketing partner, Mr. Pee wrote: "That's not the intention. It's a single-market, single-week opportunity to reach likely customers." 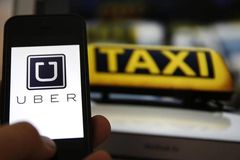 Silicon Valley: Anything is possible in the Disneyland of startups
April 7, 2015 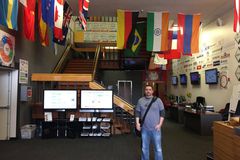