Video game publisher Ubisoft Entertainment SA, maker of the Assassin's Creed series, is seeking the backing of Canadian investors to help fend off a creeping takeover in France from media giant Vivendi SA.

Ubisoft officials, led by founder and chief executive Yves Guillemot, confirmed they're meeting this week with a dozen potential investors in Montreal and Toronto in an attempt to build support for the company's founders and current management. Canada is already key for Ubisoft as a major game-development site, with Montreal home to its largest global studio. Now its financial community is being asked to play a role as well.

Mr. Guillemot and his four brothers started Ubisoft in France's Brittany region and own a minority stake, expanding it more than 30 years to become one of the world's top five video game publishers. They're trying to push away Vivendi and its billionaire chairman, Vincent Bolloré, who has amassed a 15-per-cent stake in Ubisoft in recent months and made an unsolicited takeover offer worth some 500-million euros ($750-million) for another Guillemot brothers-run gaming company, Gameloft SE.

The hostile bid on Gameloft is the first step in Vivendi's larger ploy to force talks with the Guillemot family and take over Ubisoft, analysts at European investment bank Bryan, Garnier & Co. have said.

At stake are more than 3,000 Ubisoft jobs in Montreal, Quebec, Toronto and Halifax, and hundreds of millions in capital invested since the company opened its first studio in Canada in 1997. Quebec has the most to lose, with Ubisoft representing a pillar of its multimedia industry.

Although it's unlikely Vivendi would shut down Ubisoft's Canadian studios outright, the assets would be better protected if Ubisoft remained independent, Mr. Guillemot told The Globe and Mail on Thursday. Ubisoft enjoys a decision-making and operational agility that it wouldn't have under Vivendi, and can forge better partnerships with global media players such as Warner Bros. instead of being forced to work with Vivendi's properties, the CEO said.

"We want to increase the number of Canadian shareholders in Ubisoft to have better control over the capital," Mr. Guillemot said, adding he's approaching investors with longer-term investment horizons who have a feel for the company's history and corporate culture. "We feel it's a good defence."

Ubisoft would welcome an investment by the Quebec government, Mr. Guillemot said, adding he met with Premier Philippe Couillard recently in Davos, Switzerland. Backing from Ottawa would also likely be welcome. Ubisoft has also met with investors in London.

Whether the effort to rally shareholders will be enough if Vivendi steps up the battle remains to be seen.

Mr. Guillemot said he believes he needs the support of 50 per cent or more of the votes to block Vivendi from making board changes during the next annual shareholders meeting scheduled for September.

The company appears determined to get back into gaming after unloading its stake in industry leader Activision Blizzard.

But it faces a monumental obstacle to making a Ubisoft takeover work in the years that follow: If it can't coax the Guillemot brothers into a friendly deal, it runs the risk of losing not only them but employees loyal to them in an industry that depends on creative talent.

"I think it's hard for Vivendi," said Michael Pachter, an analyst with Wedbush Securities in Los Angeles, noting hostile takeovers in the media space are more the exception than the rule. "You really run the risk that the best people will walk out the door."

Earlier this month, Mr. Guillemot's team outlined a new three-year plan for Ubisoft that will see the company aim to boost annual revenue by 60 per cent to €2.2-billion by the end of 2019. It also believes it can achieve an operating profit margin of 20 per cent and free cash flow of about €300-million in that time frame.

Assassin's Creed: A third-person open-world game where the user controls Desmond Miles, and his ancestors, to explore the rivalry between two ancient secret societies: the Assassins and the Knights Templar. Launched in 2007, the franchise has sold 93 million copies.

Just Dance: A rhythm-based game where players can re-enact dance routines from music videos. Featured in the Electronic Sports World Cup in 2014. Released in 2009, the game has sold 55 million units. 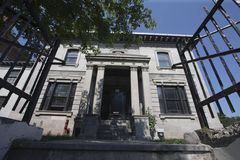 The big and the small of Toronto’s gaming industry celebrate milestones
January 22, 2016 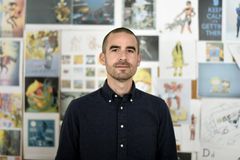 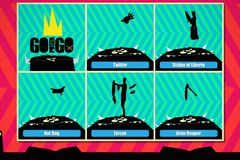