French video game publisher Ubisoft Entertainment SA has approached the Quebec government for help in its battle to fend off a takeover by media giant Vivendi SA, part of a wider effort to rally enough shareholders to remain independent.

Premier Philippe Couillard's government is striking a cautious tone, saying it is monitoring the situation closely but cannot intervene in a transaction involving two private sector companies. The province is home to Ubisoft's biggest game development studio, employing about 3,000 people in Montreal.

A possible showdown looms on Thursday, when Ubisoft investors gather for the company's annual general meeting in Paris.

Vivendi, which has amassed a voting stake in Ubisoft topping 20 per cent, has asked for seats on its board. It has said it wants to engage Ubisoft in a co-operative and non-hostile way, adding that it won't consider a full takeover of Ubisoft until the new year at earliest. Ubisoft doesn't want Vivendi on its board, saying it believes Vivendi's presence would disrupt its strategy and give rise to conflicts of interest given Vivendi's other media properties.

"A hostile takeover is never the desired scenario," Dominique Anglade, Quebec's Minister of Economy, Science and Innovation, said via e-mail. "The priority for the Quebec government is maintaining jobs in Quebec."

Vivendi's interest in Ubisoft could yet become a political issue in Quebec and test again the Couillard government's stance on corporate takeovers. Although Quebec has taken a stake in Ubisoft in the past – it bought a 4.5-per-cent interest in 2010, which is now divested, through the former Société générale de financement – it might be seen as bad optics for a government to take sides in a fight in which it has only a tangential interest.

"The government is following the situation but cannot intervene in a transaction involving two private companies," said Cynthia St-Hilaire, press attaché for Ms. Anglade. She declined to comment further.

Ubisoft, maker of the Assassin's Creed series, revealed in February that it was seeking the backing of Canadian investors to help fight off Vivendi. The company met with about a dozen unnamed potential investors in Montreal and Toronto in an attempt to build support for the company's founders and management.

Sources have since confirmed that Investissement Québec, the government's investment arm, is among those Ubisoft approached.

Reaching out to potential investors in Canada and elsewhere is only one of several measures taken by Ubisoft to strengthen its defences against Vivendi.

Earlier this month, the company said the founding Guillemot family increased its position by about four million shares, taking its ownership stake in Ubisoft to about 13 per cent of the capital and close to 22 per cent of voting rights. The company has also secured the support of key existing shareholders for its strategy and won participation from more than half its workers for an employee share purchase plan.

"Ultimately, Ubisoft management will do whatever it can to remain independent," said Michael Pachter, an analyst with Wedbush Securities. "That might mean that they merge into somebody else" as a standalone division, he said. U.S. gaming company Take-Two Interactive Software Inc., which owns publishers Rockstar Games and 2K Games, is an example of a company that might be amenable to that type of transaction, the analyst said.

It's unlikely that Vivendi would shut down Ubisoft's Canadian studios outright but the assets would be better protected if Ubisoft remained independent, Ubisoft chief executive officer Yves Guillemot has said. Ubisoft enjoys a decision-making and operational agility that it wouldn't have under Vivendi and can forge better partnerships with global media players such as Warner Bros., instead of being forced to work with Vivendi's properties, the CEO said. 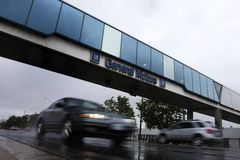 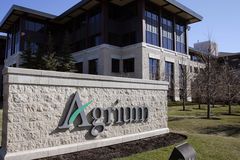 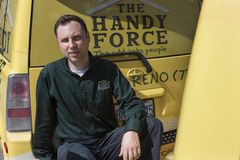