Governments have to be more willing to accept some inconvenience from strikes rather than repeatedly rely on threats of back-to-work legislation across a wide range of industry sectors, Canadian union leader Hassan Yussuff says.

Mr. Yussuff, president of the Canadian Labour Congress, told The Globe and Mail's editorial board there is no need for the government to interfere so routinely in disputes, including the recent talks between Canadian Pacific Railway Ltd. and the Teamsters union.

"In a democratic society, you have to realize some things are inconvenient from time to time," said Mr. Yussuff, whose organization represents an umbrella group of more than 50 Canadian unions.

"What has been the problem is a government desire not to have any dispute happen," Mr. Yussuff said.

Mr. Yussuff said the governments don't want to declare more workers as essential because such designation gives them the right to have their contracts overseen by independent arbitrators, which means employers lose control of the ability to determine wage increases, Mr. Yussuff said.

In many cases, workers have won healthy wage settlements from arbitrators even without having the right to strike.

"I think in absence of allowing the freedom of collective bargaining to resolve this, then you can decide these workers are all essential, like you do with fire fighters, and you send their contracts to arbitration," he said.

"The government doesn't want to do that either. They want to have it both ways … I don't think there's a simple solution unless you decided that you're going to allow an arbitrator to determine the collective agreement, and governments have been reluctant to do that because they realize there are costs associated with that on a consistent basis."

In recent years, the federal government has intervened in labour disputes at a variety of employers in federally regulated sectors, including Air Canada, Canada Post and Canadian National Railway Co.

At Canadian Pacific, locomotive engineers and conductors went on strike on Feb. 14, and the federal government immediately said it would introduce back-to-work legislation. The company and union agreed to arbitration before the legislation was passed.

"The parties are still going to have to live with this relationship after it's over," he said.

Mr. Yussuff also said Tuesday that he is unhappy with new legislation poised to be enacted into law in June that will make it harder for employees to unionize in federally regulated industries such as transportation, telecommunications and energy.

Bill C-525 was tabled as a private member's bill by Alberta backbench MP Blaine Calkins, and was passed by both the House of Commons and the Senate. It will require secret ballot votes of employees before a new union can be created, which Mr. Calkins said is necessary so employees cannot be intimidated by union leaders into signing a union card.

Under current rules, unions in the federal sector are certified if at least 50 per cent of employees sign a union card. Under the new legislation, if 40 per cent of workers sign a card, the issue will be put to a secret vote requiring 50-per-cent support to pass.

Mr. Yussuff said the vote creates a second hurdle to certify a union, and gives management an opportunity to intimidate workers to vote against a union. He said provinces such as Ontario that require a ballot in addition to signing union cards have seen bitter and divisive workplace battles before a vote.

Mr. Yussuff added he was unaware of any concerns from employers about the existing unionization rules.

"That measure has been in the federal [labour] code for over 60 years and there was never an argument as to why the government changed it," he said. "They just woke up one morning and said, 'We've got to change a provision of the labour code.'" 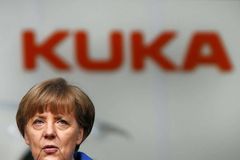