This is Wall Street, raw and uncensored.

In a trove of documents provided to lawmakers, the portrait that emerges of Goldman Sachs is that of a firm often putting its interests ahead of those of its clients as it raced to insulate itself from the collapse of the housing market.

For a disciplined and secretive firm like Goldman, it's hard to know which is more uncomfortable: that it had to submit to hours of public grilling by a senate committee on Tuesday, or the accompanying release of more than 900 pages of highly detailed internal documents.

Unlike the firm's press releases and annual reports, all carefully scrubbed to a state of professional blandness, the dossier provides a rare glimpse under Goldman's hood. The executives curse, joke, jockey for praise and criticize the higher-ups. They say unkind things about the products they created, then hard-sell them to clients.

Mortgage-related deals to be sold are "dirty," "pigs," "crap pools," "junk" or something that "stinks." The start date of one complicated transaction that rapidly went sour is a "day that will live in infamy," one trader remarks wryly after the fact. Another agrees: "[B]y, that … was one shitty deal."

Some of the materials assembled by lawmakers touch on the controversial deal at the centre of civil fraud charges filed earlier this month against Goldman by the Securities and Exchange Commission.

But some of them just fall under the general category of "bankers behaving badly," says Michael Perino, an expert in securities at St. John's University School of Law. Even if such behaviour is perfectly legal, he says, it can still serve as a prod for financial reform.

Among the materials are minutes from internal meetings, spreadsheets, presentations to the board of directors, prospectuses, snapshots of trading positions, performance reviews and hundreds of internal e-mails. Senate staffers have blacked out certain details - names of competitors or clients, for instance, and financial information about Goldman's other businesses outside mortgages - but the picture that emerges is surprisingly rich.

That's particularly true when it comes to selling complex derivatives based on subprime mortgages to clients, a process that became more frantic as the housing tide began to turn. At one point, Fabrice Tourre, the trader at the centre of the SEC complaint, suggests the firm focus its attention on comparatively less savvy institutional investors.

In an e-mail, he notes that a list of suggested clients is "a little skewed toward sophisticated hedge funds" that "will be on the same side of the trade as we will and … know exactly how things work and will not let us work for too much $$$." He suggests focusing on "buy-and-hold ratings-based buyers" instead.

Late in 2006, a Goldman employee talks about the challenges of selling deals viewed as "junk that nobody was dumb enough to take first time around." Jonathan Egol, a senior mortgage trader, responds with the letters "LDL," which pop up in various messages. They stand for "let's discuss live" - rather than through e-mail.

As the warning signs mounted in 2007, Goldman's traders worked frantically to get rid of positions that left the firm open to losses from the deteriorating housing market and to place countervailing bets.

Those countervailing bets, or "short" positions - wagers that paid off if the housing market tanked - earned Goldman billions. Josh Birnbaum, who headed two types of mortgage trading, wrote in a performance review that his area brought in profits of $7-billion (U.S.) in 2007. His main regret, he noted, is that the firm had passed along some profitable "short" positions to clients rather than keeping them to itself.

Goldman denies that it had a major short position against the housing market. In Tuesday's hearings, executives said the firm did nothing wrong in its dealings with clients and was simply fulfilling its role as a market intermediary.

The firm comes across as fiercely protective of its image. In e-mails concerning an impending front-page story about Goldman in The New York Times in late 2007, a spokesman writes to senior executives that "tomorrow's story will, of course, have 'balance' (ie. stuff we don't like)." 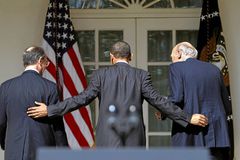 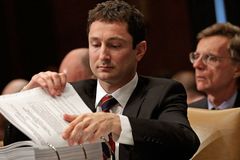