The pain was widespread. Big car companies General Motors Co., Ford Motor Co. and Toyota Motor Corp. all saw sales slip. Smaller auto makers like Subaru suffered too, as did companies that appeal to the budget minded, such as Kia Motors Corp. and Hyundai Corp.

Buyers are nervous about the economy's health and stayed away from showrooms, a worrisome sign since August is typically a strong month. Total industry sales could fall below one million new vehicles once auto makers finish reporting sales on Wednesday, making it the worst August in 27 years.

"There hasn't been enough horsepower behind the recovery to motivate consumers to regain their confidence and purchase vehicles at a higher rate," says Jeff Schuster, executive director of global forecasting for J.D. Power and Associates.

Most auto makers are making money at lower sales levels because they've cut production. They no longer need to offer cars at below break-even prices just to move them off lots. The average discount per vehicle fell three per cent in August to $2,681 (U.S.) per vehicle, according to auto research website Edmunds.com. "We know it's going to be a modest recovery, it's going to be bumpy," said Don Johnson, GM's vice-president of U.S. sales. "What we don't want to do is get back to putting incentives on the vehicles."

Ford is responding to weaker demand by slowing production in the fourth quarter. The Dearborn, Mich.-based company will make 570,000 cars and trucks, down from 574,000 in 2009.

GM's August sales fell seven per cent from July, and an even sharper 25 per cent from August of 2009, when they were boosted by the government's Cash for Clunkers rebates. All four of GM's remaining brands saw sales drop from July. Pricier brands Cadillac and Buick lead the way, falling 15 per cent. Chevrolet and GMC sales also fell.

Ford saw sales slip 5 per cent from July, while Toyota's fell 12 per cent.

August to August comparisons looked even worse for the industry, although that was expected because a third of the cars and trucks sold back then- 1.3 million - were driven by government discounts of up to $4,500 per vehicle.

Sales at GM's four brands dropped 11 per cent from August of last year, dragged down by Chevy. The brand's small Cobalt and Aveo cars sold well under the clunkers program, which encouraged buyers to trade in older cars for more fuel-efficient rides.

The clunkers hangover also hit Toyota. August sales plunged 34 per cent from a year earlier, led by declines in its smaller cars like the Corolla and Camry sedans.

Toyota's problems have been broader. Its sales also have been slowed by recalls of more than 10 million vehicles for an array of problems. But Edmunds.com analyst Jessica Caldwell said the automaker's troubles go beyond recalls and clunkers, saying a lack of exciting new products is also to blame.

"Unlike Hyundai, Ford, GM and even Chrysler's Jeep Grand Cherokee, Toyota has no exciting product news to speak of," she said.

The clunkers comparison also hurt small-car specialists like Subaru, where sales fell 22 per cent in August. Subaru was unable to match big sales last year of its smaller Impreza and the Legacy models.

Small cars sold well last August because of the $2.8-billion clunkers program, which ran from July 27 to Aug. 25. It gave government rebates to people who bought new vehicles with better gas mileage than their old vehicles. Buyers got either $3,500 or $4,500, depending on how much the mileage was increasing. Nearly 700,000 new vehicles were bought under clunkers.

Other companies reporting August sales on Wednesday: - Honda Motor Co. sales fell 33 per cent due to weaker demand for small cars like the Accord, Civic and Fit. Sales fell 3 per cent from July. 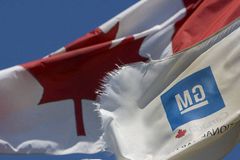 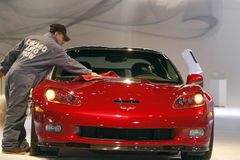