The world can stop fretting about the U.S. budget deficit, at least for a couple of years.

New estimates show America's budget shortfall is on track to shrink to $514-billion (U.S.) this year, or about 3 per cent of the economy, the narrowest since 2007 and a level that many economists equate with fiscal stability.

The Congressional Budget Office's latest fiscal outlook could change the political narrative in Washington, where resurgent Republicans have had success pushing an austerity agenda because the federal budget was left in such a mess by the financial crisis and the recession that followed. Federal spending as a percentage of economic output dropped to 20.8 per cent in 2013 from 23.4 per cent in 2010, when Republicans became the majority in the House of Representatives.

President Barack Obama should have been revelling in vindication Monday.

More and more, Mr. Obama has been emphasizing the vast improvement in the U.S. fiscal situation to fend off Republican demands for yet more spending cuts. The Senate also passed a bipartisan rewrite of agriculture policy, the latest signal that the brinksmanship that has gripped Congress for so much of Mr. Obama's presidency is starting to recede.

However, the White House was fighting back against renewed attacks on Mr. Obama's health-care overhaul prompted by the CBO's analysis of the Affordable Care Act, widely known as Obamacare.

Rather than focusing on the dramatic improvement in the budget deficit, most American media seized on a chapter in the CBO outlook that said various taxes and requirements in the health law could reduce employment by the equivalent of two million full-time workers in 2017.

That projection reinforces the Republicans' political message that Obamacare is a "job killer" because it adds to business costs by requiring smaller employers to provide health insurance for full-time workers. The CBO estimate was based mainly on the assumption that workers would choose to work fewer hours to avoid taxes or because Obamacare's enhanced benefits would require less time on the job to earn enough money to pay for health insurance. But Republicans weren't getting caught up in the details, sensing a political opportunity in a hard number to support what had been a difficult-to-prove claim.

"The middle class is getting squeezed in this economy, and this CBO report confirms that Obamacare is making it worse," House of Representatives Speaker John Boehner said in a statement.

For years, the state of the U.S. government's finances has ranked among the bigger risks facing the global economy and financial stability, in part because Democratic and Republican politicians repeatedly entered into nerve-rattling budget showdowns.

One reason for Republicans to focus on Obamacare is because it is getting harder to make the case that the U.S. deficit is a present threat to the economy. As a percentage of economic output, the U.S. budget shortfall is on track to narrow to about the same size as Canada's deficit in 2013. The non-partisan CBO predicted the U.S. deficit will shrink to 2.6 per cent of gross domestic product in 2015.

That represents a dramatic turnaround that few saw coming. The deficit was about 10 per cent of GDP in 2009 as President Barack Obama's government, along with the administrations of most every other major economy, spent heavily to fight off an economic depression. The budget shortfall still was almost 9 per cent of GDP in 2011. Now, the deficit is in line with its 40-year average.

Still, the good news may be temporary. In 2016, unless current spending patterns change, the CBO predicts the budget deficit will begin a steady expansion as demands on federal health and pension commitments rise. By 2022, the deficit will again exceed $1-trillion, according to the CBO's projection.

Another worry: debt. While the deficit has shrunk, U.S. debt has not. Debt held by the public will approach 74 per cent of GDP this year, the most since 1950, the CBO said. The agency predicts that the U.S. debt load will hold at about that level until 2019, at which point it will resume growing.

"The decline in the federal budget deficit over the past few years has been impressive, but the longer-term budget challenges linked principally to the aging population have still to be resolved," Capital Economics, a research firm, said in a report. 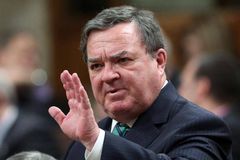 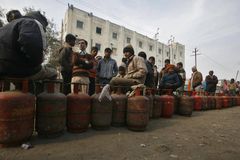 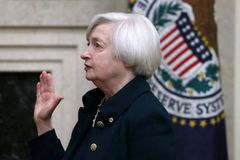 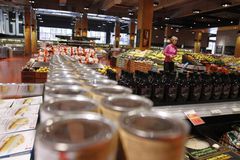