The U.S. Treasury Department and Federal Reserve were blindsided and angered by New York's banking regulator's decision to launch an explosive attack on Standard Chartered PLCover $250-billion in alleged money-laundering transactions tied to Iran, sources familiar with the situation said.

By going it alone through the order he issued on Monday, Benjamin Lawsky, head of the recently created New York State Department of Financial Services, also complicates talks between the Treasury and London-based Standard Chartered to settle claims over the transactions, several of the sources said.

Mr. Lawsky's stunning move, which included releasing embarrassing communications and details of the bank's alleged defiance of U.S. sanctions against Iran, is rewriting the playbook on how foreign banks settle cases involving the processing of shadowy funds tied to sanctioned countries. In the past, such cases have usually been settled through negotiation – with public shaming kept to a minimum.

But the upset expressed by some federal officials, who were given virtually no notice of the New York move, may provide ammunition for Standard Chartered to portray the allegations as coming from a relatively new and overzealous regulator.

But, given the content of the order – which described Standard Chartered as a "rogue institution" that "schemed" with the Iranian government and hid from law enforcement officials some 60,000 secret transactions over nearly 10 years – the bank may need to come up with a strong defense.

Mr. Lawsky did not respond to several requests for comment on Tuesday.

A spokesperson for the Federal Reserve said it had been working closely with various prosecutorial offices on matters involving Iran and other sanctioned entities, but could not comment on ongoing investigations.

White House Press Secretary Jay Carney said the government takes alleged violations of sanctions "extremely seriously" and the Treasury remains in close contact with federal and state authorities on the matter. The Treasury declined to add to that comment.

New York's attack on Standard Chartered's integrity, and a threat to revoke its state banking license, wiped $17-billion off the bank's market value on Tuesday.

Shares in Standard Chartered slumped to a 3-year low of 10.92 pounds in London on Tuesday before closing down 16.4 per cent at 12.28 pounds. The stock has fallen by a quarter since news of the New York action on Monday.

The loss of a New York banking licence – effectively a permit to conduct transactions worth hundreds of billions of U.S. dollars – could be a death knell for a global bank like Standard Chartered. The 160-year-old bank said it has been in talks with U.S. authorities over its Iran transactions since early 2010 and the sudden accusations by New York were a shock.

In a statement on Monday, the bank said it was "engaged in ongoing discussions with the relevant U.S. agencies. Resolution of such matters normally proceeds through a coordinated approach by such agencies. The Group was therefore surprised to receive the order from (the New York bank regulator) given that discussions with the agencies were ongoing."

Mr. Lawsky's move also undercut the Treasury's Office of Foreign Assets Control (OFAC), which has made a priority of enforcing economic sanctions against Iran. The surprise left the office's leader, David Cohen, the undersecretary for terrorism and financial intelligence, scrambling to come up with a response, sources said.

Standard Chartered, which sought the advice of one of New York's top law firms, had hoped that coming clean and turning over internal records to federal regulators would yield a settlement, sources said.

Those records also were turned over to New York's bank regulator, which last year was combined with an insurance agency to create the new financial watchdog headed by Lawsky, a former prosecutor and aide to New York Governor Andrew Cuomo.

Mr. Lawsky's aim, according to the sources, was to cast more light on a bank's alleged transgressions. His agency, these people said, wasn't interested in a quiet pact of the sort reached by federal authorities in recent years.

In 2010, for example, Barclays PLC paid $298-million in a settlement with regulators including the Treasury Department's sanctions regulator and the Manhattan district attorney's office. The bank, in settlement documents, said it co-operated in the probe.

Barclays, like Standard Chartered, was advised by Sullivan & Cromwell, known as the go-to New York law firm for banks facing regulatory scrutiny. The Barclays settlement, while receiving news coverage, was a fairly bland document that listed the bank's transactions but few insider details, such as e-mails. Other banks, including Credit Suisse and ING, have settled in much the same way with U.S. regulators.

One area of sharp disagreement between Mr. Lawsky and Standard Chartered is just how much in illicit funds is involved. The bank put the value of Iran-related transactions that did not comply with regulations at less than $14-million. Lawsky estimated them at $250-billion.

The regulator said Standard Chartered moved money through its New York branch on behalf of Iranian financial clients, including the Central Bank of Iran and state-owned Bank Saderat and Bank Melli, that were subject to U.S. sanctions – generating hundreds of millions of dollars in fees.

At the center of concern were alleged "U-Turn" transactions, involving money moved for Iranian clients among banks in Britain and the Middle East and cleared through Standard Chartered's New York branch, but which neither started nor ended in Iran.

While the United States imposed economic sanctions on Iran in 1979, these so-called "U-Turn" transactions were outlawed only in November 2008 amid Treasury Department concerns they were being used to evade sanctions, and that Iran was using banks to fund nuclear and missile development programs.

Mr. Lawsky's order alleged that even as some banks exited the U-Turn transactions, Standard Chartered hustled to "take the abandoned market share."

David Proctor, who worked for Standard Chartered from 1999 until 2006 and who oversaw the Iran business briefly in 2006 when he was CEO in the United Arab Emirates, said the rules on dealing with Iran were unclear.

"At the time (May 2006), ... the key question was to try and understand exactly what counted as a U-turn transaction," he said. Proctor, who now provides advice for banks with BAS Consulting in Singapore, said Standard Chartered now has to help clear up what actually happened. "Banks these days don't have a choice," he said. "You have to be transparent."

As part of a review the bank sought to give to regulators, Standard Chartered hired Promontory Financial Group, a Washington D.C. consulting firm run by Eugene Ludwig, who served as U.S. Comptroller of the Currency from 1993-98. Promontory was hired to review Standard Chartered's transactions tied to Iran. The bank's review ultimately settled on the figure of less than $14-million for improper transactions.

Mr. Lawsky's agency also received the Standard Chartered internal review, according to people familiar with the situation. But the new regulator had little interest in a settlement that didn't yield embarrassing details about Standard Chartered's activities, these people said.

Earlier this year, Standard Chartered representatives met with Mr. Lawsky's office to argue that the illicit transactions were a technical violation, according to one source. Mr. Lawsky's investigators weren't convinced, this person said.

The bank, which must appear before the New York regulator on August 15, has said Mr. Lawsky's interpretation of the U-turn exemption is "incorrect as a matter of law."

Standard Chartered chief executive officer Peter Sands scrambled back from vacation to help the bank plan a defense and limit damage to its reputation.

The bank has hired two prominent law firms – Sullivan & Cromwell in New York and Slaughter and May in London – to represent it in its dealings with various U.S. authorities over transactions linked to Iran. Among the Sullivan & Cromwell partners working for Standard Chartered is Rodgin Cohen, one of the best-known U.S. corporate lawyers, a person familiar with the matter said. Sullivan & Cromwell has represented other non-U.S. banks probed for allegedly ignoring U.S. sanctions against countries.

The broadside against Standard Chartered has touched a nerve in Britain, where some investors, and at least one lawmaker, have alleged it might be part of a plot by U.S. authorities to undermine London as a banking center.

Standard Chartered is the third British bank to be ensnared in U.S. law enforcement probes in recent weeks. Barclays in June agreed to pay $453-million to settle U.S. and British probes that it rigged the Libor benchmark, and, a month later, a U.S. Senate panel issued a scathing report criticising HSBC's efforts to police suspect transactions, including Mexican drug traffickers.

"I think it's a concerted effort that's been organised at the top of the U.S. government. This is Washington trying to win a commercial battle to have trading from London shifted to New York," said John Mann, a member of parliament's finance committee who also called for a parliamentary inquiry.

Mr. Mann, from the centre-left Labour party, has become a public scourge of London bankers' greed during the financial crisis. But he told Reuters he saw "anti-British bias" behind "disproportionate publicity that's given to British banking problems as opposed to American banking problems."

"Are we starting to see an anti-London bias in U.S. regulatory activities?" the executive asked. "Oh yes. Is there any subtle form of banking sector protectionism going on? Yes." 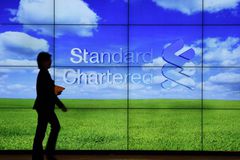 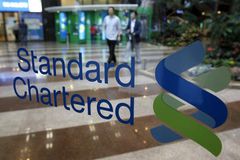