Until Ottawa ended its monopoly in 2012, the Canadian Wheat Board was the prairie farmer's link to food companies around the world. Now the former giant has been taken over by a U.S. agrifood company and an investment fund owned by Saudi Arabia.

The $250-million deal announced on Wednesday marks the final stage in the transformation of the Canadian Wheat Board, which was formed by Parliament in 1935 to guarantee western farmers would get fair prices for their wheat and barley.

Global Grain Group (G3), a joint venture between food company Bunge Ltd. and a unit of Saudi Agricultural and Livestock Investment Co. known as SALIC Canada Ltd., will pay $250-million for a 50.1-per-cent stake in the grain trader. The rest of the equity in CWB will be available to farmers who sell their grain to the company.

At a news conference in Winnipeg on Wednesday, Agriculture Minister Gerry Ritz said it was a "historic day" and "the beginning of a new era for Canada's grain industry."

Ian White, chief executive officer of CWB, said the investor will help the company expand its network of grain terminals and offer farmers new markets for their crops. He said CWB evaluated more than 50 potential investors before choosing G3 for its strong available capital and similar vision.

G3 is majority owned by Bunge Ltd., a $12-billion (U.S.) agriculture company based in White Plains, N.Y., that has operations in 40 countries. The other partner, SALIC Canada, is a wing of the Saudi Agricultural and Livestock Investment Co., established by Saudi Arabia's king in 2011 to secure food supplies for a country that imports 80 per cent of its food.

"G3 brings substantial financial strength and extensive operational experience to execute on this growth strategy, and we are pleased that the farmers will be able to continue to participate in the commercialized CWB," said the Australian-born Mr. White, who will leave the company after an undetermined transition period.

Canada's policy on foreign takeovers made headlines in 2012 amid CNOOC Ltd. of China's $15-billion takeover bid for Alberta-based oil company Nexen Inc. The deal was approved despite fears that Canada was losing control of its key assets. But the government then put in place new rules that effectively barred any similar deals in the future.

The CWB deal, which is expected to close in the summer, has yet to receive the blessing of the Competition Bureau but has received approval from Industry Canada. The deal's value falls short of the $344-million threshold in the Investment Review Act. And the company is a marketer whose assets are terminals and two ships, not oil or grain fields.

CWB's board as a private company will consist of seven members, including one farmer representative. Growers will receive $5 in equity in CWB for every tonne they sell to CWB. After seven years, G3 has the right to buy the stakes held by farmers.

Gary Stanford, president of the Grain Growers of Canada, welcomed the possibility of another bigger, buyer of grain.

"We're quite happy that this has come into play. I know [CWB CEO] Ian White has been working very hard trying to get the Canadian Wheat Board back into play. This'll be good for competition," he said by phone.

Pat Martin, the NDP member of Parliament for Winnipeg Centre, said the deal contained no guarantees G3 would make good on its commitment to invest in the company and should face more scrutiny given that the buyers are foreign.

"This is a strategic industry for Canada. It might be different if they sold the wheat board for billions of dollars. But they didn't. They're handing it over free of charge," he said in an interview. "All the assets – we're talking the thousands of rail cars, the port terminals, the ships on the Great Lakes. They have handed over the keys to these guys with a promissory note that they'll invest $250-million in the future.

"I think it's a sad for the Canadian grain industry. There never was a business for abolishing the wheat board to begin with, but you really have to question what kind of a business model it is to hand it over to an American agrifood giant and a Saudi agrifood giant who until recently were your greatest competitors."

ROB Magazine
Why so many farmers miss the Wheat Board
November 27, 2014
Grain farmers churn through ‘double hit’ of lower prices, smaller crops
November 7, 2014 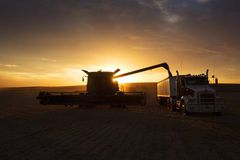 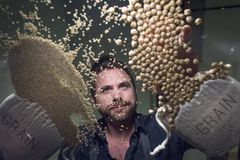 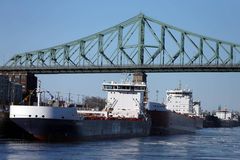 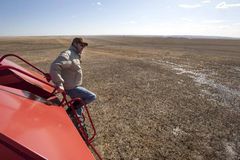