United States Steel Corp. will permanently cease steel production at its Hamilton mill at the end of the year, ending an era that goes back more than a century.

The blast furnaces at the massive Hamilton Works site have been on what U.S. Steel calls "temporary idle" since late 2010. The permanent closure will leave just a coke-making operation, a cold mill that processes steel from the Nanticoke, Ont., operations and the company's Z-line galvanizing operation, which finishes steel for automotive customers and others.

"Decisions like this are always difficult, but they're necessary to improve the cost structure of our Canadian operations," Mario Longhi, president of U.S. Steel said on a conference call for the company's third-quarter financial results Tuesday.

The permanent end of steel making in what was the cradle of the Canadian steel industry is the latest step in what has been a troubled history for U.S. Steel with the operations of the former Stelco Inc., which it took over in 2007. Each set of negotiations with members of the United Steelworkers union in Hamilton or Nanticoke, Ont., led to lockouts of workers.

The Pittsburgh-based giant's shutdown of both mills during the financial crisis in 2008 led to a protracted legal battle with the federal government, which accused U.S. Steel of breaking promises it had made about investment and steel production.

"We kept hoping it would start up again," said Rolf Gerstenberger, president of local 1005 of the United Steelworkers, which represents about 600 of the 875 employees remaining at the Hamilton operations.

Mr. Gerstenberger noted that slabs made in Hamilton were shipped to the Nanticoke mill in 2006-2007 before the recession hit.

But since the recession, the company has not run at more than 80 per cent of capacity, so "I guess they finally decided they're never going to need our slab capacity," he said.

He said it makes no sense to be closing two million tons of steel-making capacity in Canada when as many as eight million tons are being imported annually.

The permanent closing will affect 47 salaried employees, U.S. Steel spokeswoman Courtney Boone said. About 875 people will remain in the coke making operations and the galvanized line.

The steel maker will take a charge of $225-million (U.S.) in its fourth-quarter results, but the closing will improve costs by about $50-million annually, Mr. Longhi said.

The elimination of steel making in Hamilton also means U.S. Steel can cease operations at two of its oldest and highest-cost coke batteries in Gary, Ind., he added.

Operations in Nanticoke, where about 1,000 people are employed making steel and finishing it in a hot strip mill and pickling line.

The original Steel Company of Canada began making steel in Hamilton in 1892, and was incorporated as Stelco in 1910.

The Stelco purchase was the last of a series of buyouts of major Canadian steel makers in the 2000s that eliminated Canadian ownership of such storied Canadian names as Algoma Steel Inc., Dofasco Inc., and Ipsco Inc.

The U.S. Steel purchase of Stelco came about one year after the Hamilton-based company emerged from a lengthy and bitter trip through bankruptcy protection under the Companies' Creditors Arrangement Act.

The deal that settled the legal battle between U.S. Steel and the government stipulated the company would continue making steel in Canada until at least 2015 and invest $50-million in its operations here.

Earlier this month, U.S. Steel said it was writing down the value of goodwill in its North American flat rolled operations, which includes its Canadian mills, by $1-billion. 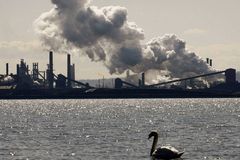 How Steeltown transformed into a booming agrifood hub
October 2, 2013 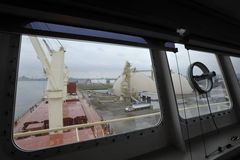 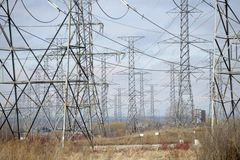 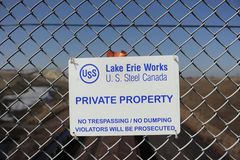 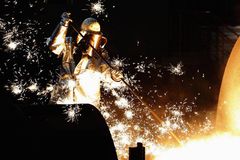